#UpWithHer: Entreprenuer on a mission to change the world through hand-washing

UNICEF reports more than one million kids under the age of five die every year from largely preventable diseases that could have been stopped with hand-washing. 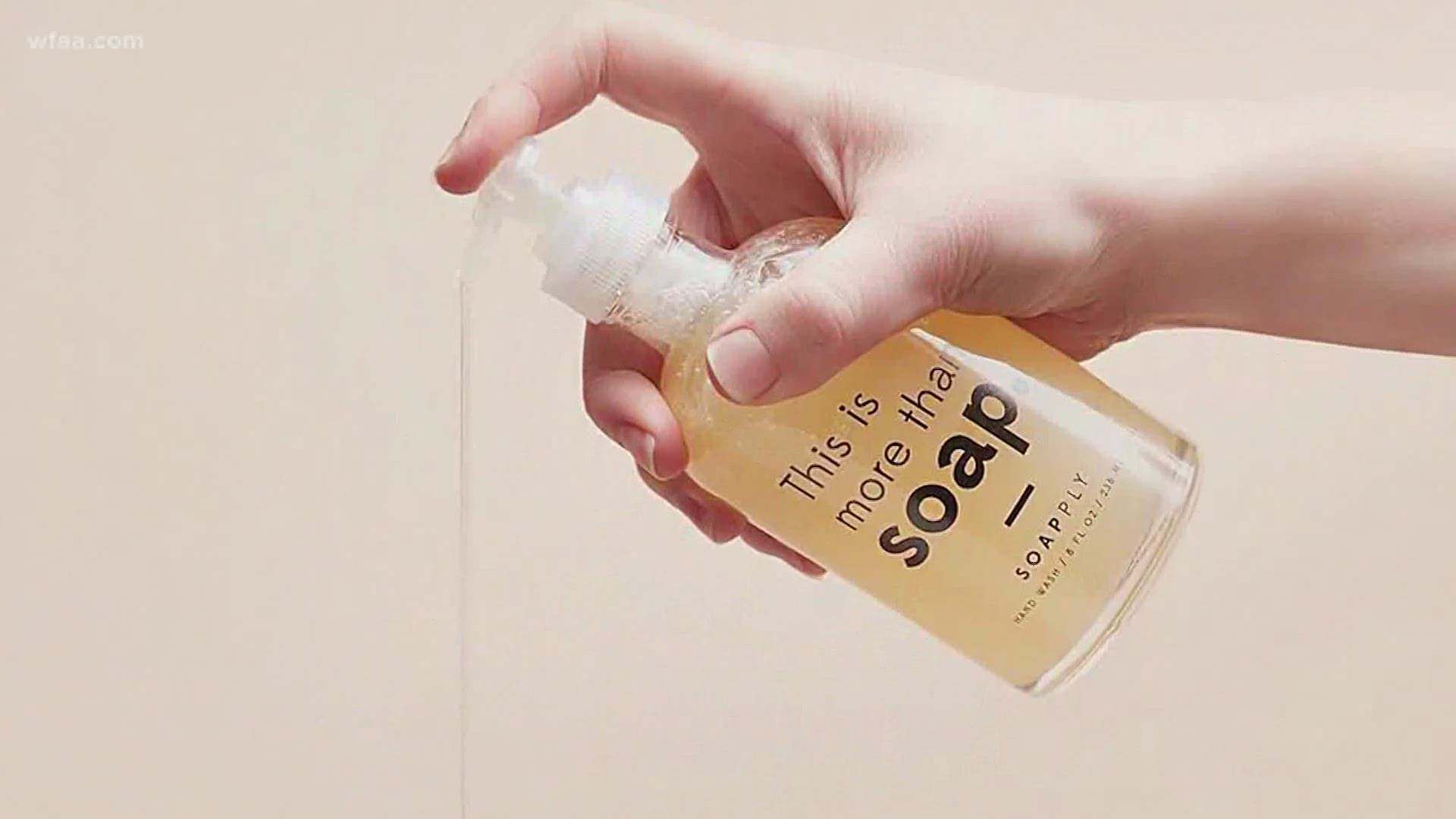 DALLAS — Washing your hands is a cornerstone in the fight to stop the spread of COVID-19.

Without soap, hand hygiene is impossible, but millions of people don’t have access to something many of us take for granted.

In fact, UNICEF reports more than one million kids under the age of five die every year from largely preventable diseases that could have been stopped with hand-washing.

Mera McGrew did not have a background in soap when she founded her company, 'Soapply'. But working around water sanitation in southeast Africa, she got a first-hand look at a world without it.

"What I saw was that water was getting funded, latrines or toilets were getting put in, but hand-washing was getting left behind, and this is a simple intervention. We were falling short," said Mera McGrew.

With a background in science and a brain for business, McGrew set out to create a sustainable revenue stream to help put soap into everyone’s hands.

"When it comes to saving lives, I’m not a doctor but soap is something I can do, and it works," McGrew said.

McGrew sought out health experts and people skilled in the world of soap; she dubbed them her suds-masters.

"I realized I was going to need to get my hands a little dirty. I went out to Colorado and created an outdoor soap lab," said McGrew.

She worked for a year before quitting her full time job. On a mission to make the world’s best soap, she aptly named her company ‘Soapply’.

"Soap is something we’re using every day, all day and it is going directly onto our skin, which is our largest organ. We’re made using food grade organic oils, we leave out all of the nasty stuff," McGrew said.

Bottled in recyclable glass, every 8 ounces sold is tied to a direct donation – right now, ‘Soapply’ is focused on serving northern Ethiopia.

"It’s incredibly intimidating when people talk about changing the world -- where do you start?" said McGrew.

McGrew advises starting with a product everyone needs, obsess over it and make it better.

"You have a problem that you are so driven by that you can’t take no for an answer," McGrew said.

She encourages entrepreneurs to stay true to their vision and goals. An Ethiopian girl named Hewan is McGrew's motivation.

"Hewan has three older sisters. Her two older sisters dropped out of school at the age of menstruation. They were unable to wash up. And instead of having an intervention that would allow them to carry on in school, they ended up going home and they never came back to school," said McGrew.

Hewan won’t have to drop out, a life changed by giving her the opportunity to simply wash her hands.

McGrew wants to remind people there are three places we miss most often when washing our hands:

First, between your pointer finger and thumb.

Second, the area at the base and in between the rest of your fingers.