About 15 entrepreneurs shared concerns about employment, access to capital, and supply chain challenges during a discussion with the Texas governor. 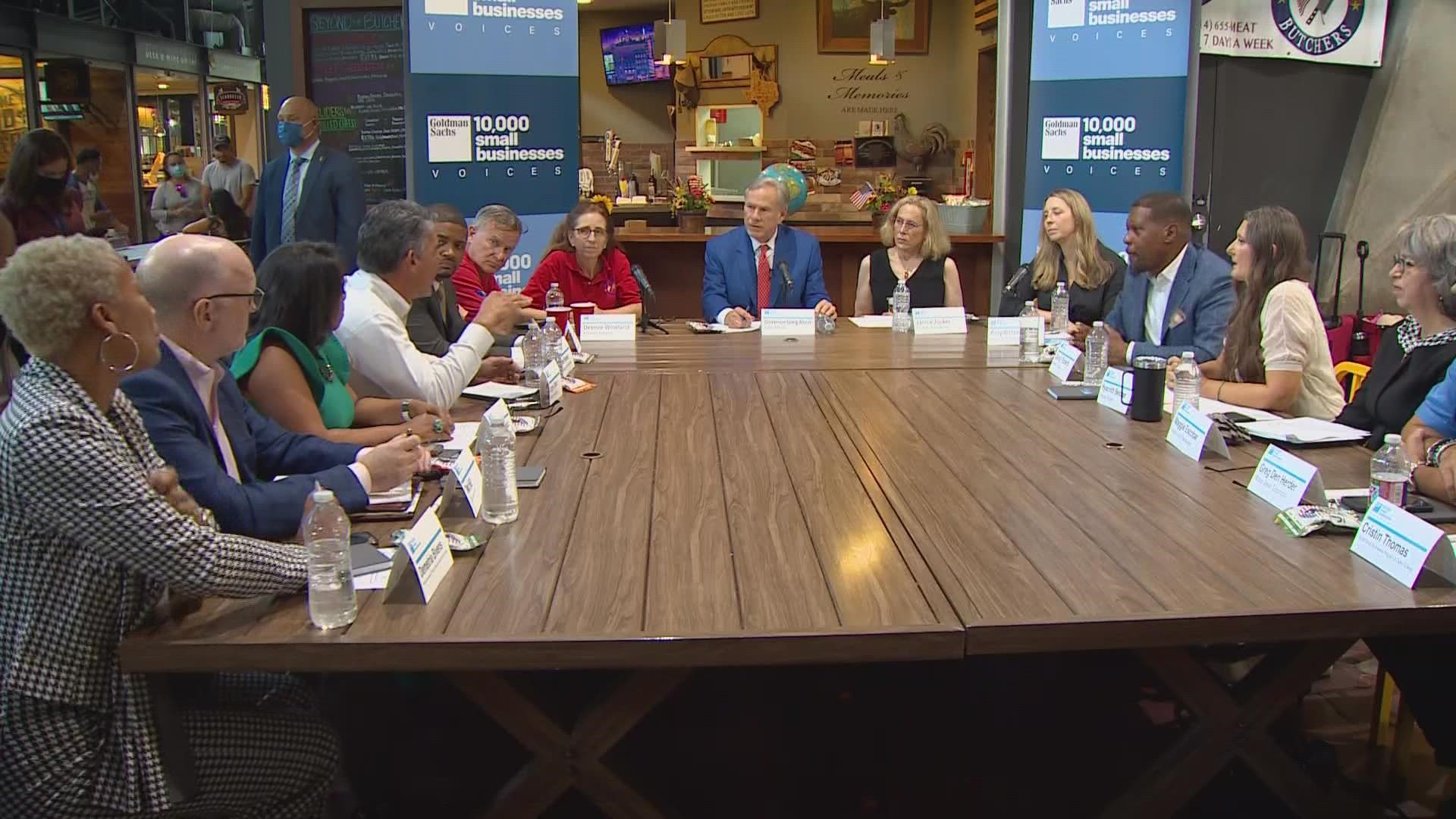 The governor visited Dallas Farmers Market for a mini-tour of a restaurant and butcher shop, before a planned meeting with a group of small business owners from across the state.

“Ninety percent of all the businesses in the State of Texas are small businesses,” Abbott told the group.

The roundtable discussion included about 15 entrepreneurs. All of the business owners are graduates of the Goldman Sachs 10,000 Small Business Voices community.

Quincy Robert, owner of Roberts Trucking in Dallas, was among those present. He shared some of the ongoing challenges small businesses are facing during the pandemic.

“The biggest thing for me as a small business owner is hiring. There’s not enough people coming in, putting in applications,” Roberts explained.

Gov. Abbott took notes as the business owners discussed issues including access to capital, supply chain problems, and other concerns.

“We know you need employees to be able to make your businesses work,” Abbott said.

Steps away from that discussion, the controversy over the heartbeat abortion bill the governor recently signed remains top of mind for some residents. A couple of women held signs in silent protest.

“It’s not his business what women do with their bodies. Period,” said Larisa Gomez.

Abbott also took time to address the ongoing issues at the border, as thousands of Haitian immigrants fleeing disaster gather under a bridge in Del Rio, Texas.

Abbott said state and federal resources are helping in that area.