A Fort Worth Stock Show and Rodeo spokesman says with five weeks until the rodeo, 10 shows are already sold out. 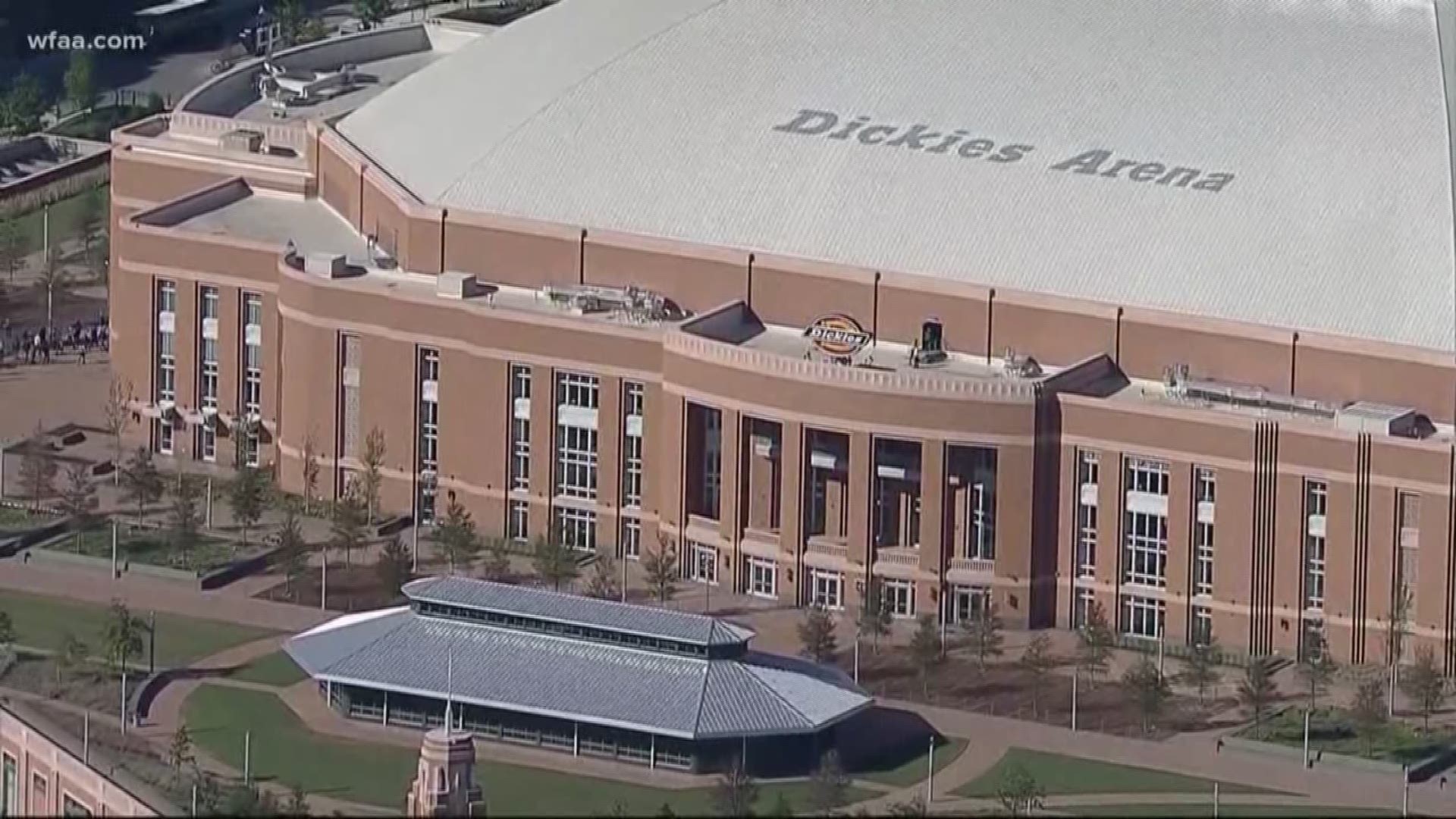 FORT WORTH, Texas — For 124 years, the Stock Show and Rodeo has been a part of Fort Worth's fabric.

With one month to go, usually, four or five rodeo shows will have already sold out.

But this year is different.

Rodeo organizers say the reason for the uptick in ticket sales is obvious: this is the first year the Fort Worth rodeo is being held in the brand-new Dickies Arena.

Since 1944, the Fort Worth Stock Show and Rodeo had been held at the Will Rogers Coliseum, a place with a ton of character and nostalgia. So when it was announced the rodeo portion of the event would be moving to a brand-new arena, Brockman said some worried.

"There's always trepidation and angst, I guess, in some people's minds," he said.

But the ticket sales are proving that, more than anything, there's excitement over the new venue. Not only are more shows selling out; Dickies holds 3,600 more people than Will Rogers, so more people are going.

"[There's] a lot of great memories about Will Rogers," Brockman said. "We've worked hard to replicate that look and feel down on that arena floor.

"The bucking shoots will look the same, the walls and fences look the same, we're even bringing in the same rodeo dirt from Will Rogers into Dickies Arena."

But there will be new amenities and technology, including a massive center-hung screen.

RELATED: See inside the new Dickies Arena in Fort Worth

RELATED: The road to Tokyo 2020 goes through Fort Worth for Olympic gymnasts

"We're going to work hard to give our customers who, for generations, have supported us that same feel, that same vibe, that same excitement," Brockman said.

The Stock Show portion of the event will still be held at Will Rogers, which is in the same area as Dickies.