About 369,000 people visited an Oregon brewery pub or tasting room on a weekly basis in 2016, according to the Oregon Brewers Guild. 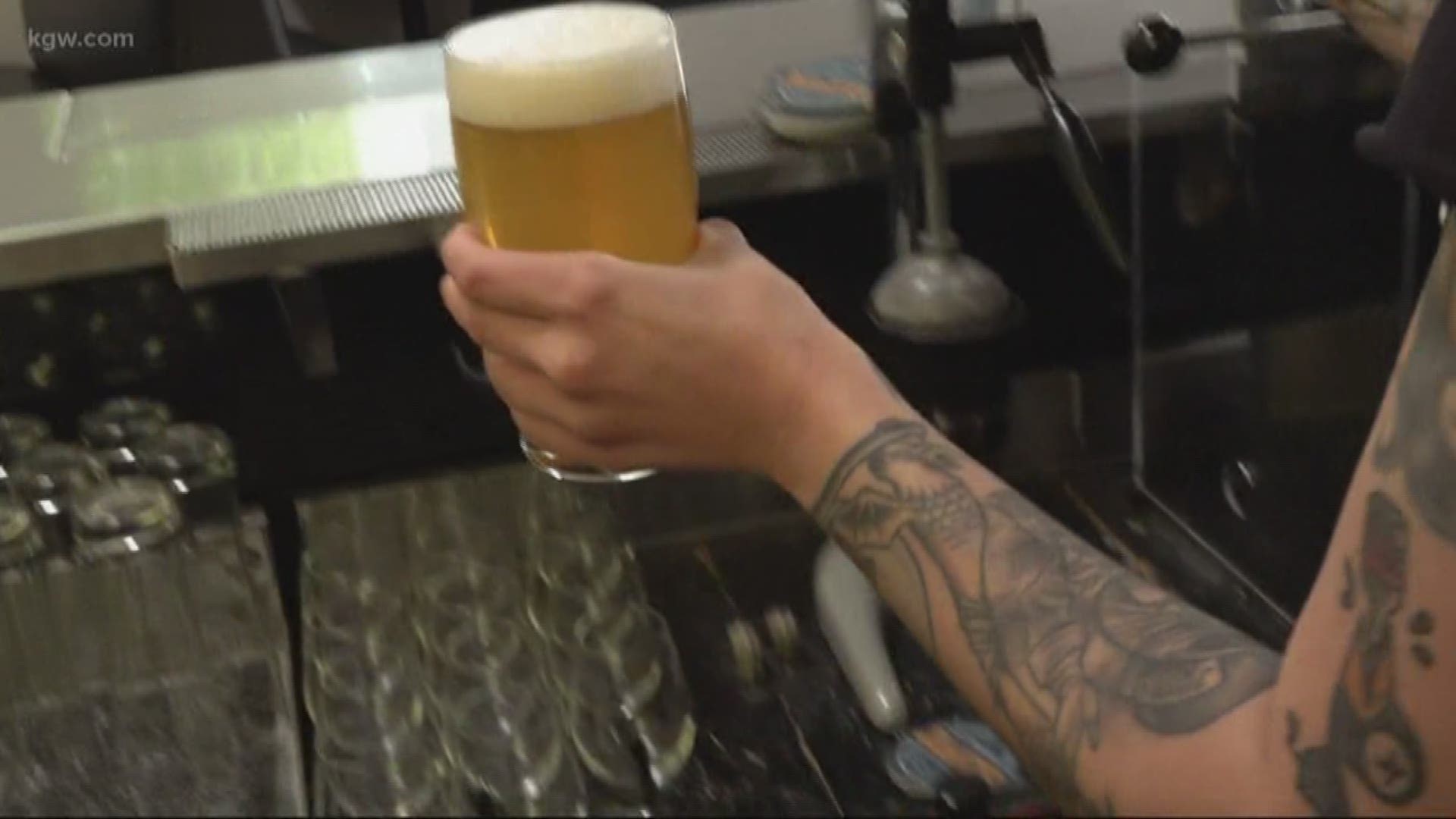 In Oregon, that breaks down to a $6.6 billion economic contribution bringing in 43,000 jobs.

Beer, especially craft beer, is part of Portland culture and craft breweries have made their mark. From IPAs and stouts, to blonde ales and sours, there is an option to satisfy just about any beer connoisseur’s palate.

“Creativity is at its highest point ever in the craft beer industry,” Brewmaster and Owner of Ecliptic Brewing John Harris said.

Harris should know. He has been part of Oregon’s craft beer scene for more than three decades. In the mid-1980s, Harris said he landed a job at a brewery by chance, and the rest is history.

“Kind of became a fan, started home-brewing a little bit then ended up getting a job at a brewery, just by random luck,” he said.

He’s worked at a handful of breweries over his career, before opening Ecliptic in 2013.

“In the early days we were asking people to try our beer and saying things like, ‘Don’t be afraid, it’s a little darker than you’re used to.’ and ‘It really won’t hurt you.’”

Take a few sips forward to 2019 and the options seem almost limitless in the booming craft beer business.

“It’s a great time to be a beer drinker,” Co-Executive Director of the Oregon Brewers Guild Tony Roberts said.

“So, you’re looking at growth of something like 350% over a decade and I don’t think there’s any other industry that can sustain that exact rate of growth forever,” Roberts said.

While the beer industry overall has seen a decline, craft beer has seen about a four percent increase this past year, Roberts said.

Portland’s craft beer scene has seen its share of ups and downs in a hyper-competitive market. Local staple Bridgeport poured its last brew earlier this year after 35 years. However, Roberts says more new breweries are popping up than closing.

“We’ve had three or four openings in Southeast Portland since the beginning of the year,” he said.

The growing jobs created from the industry go beyond just the brewers. The Beer Serves America economic report from the Beer Institute and National Beer Wholesalers Association found the U.S. beer industry supports more than 2.1 million good-paying, local jobs in a wide range of industries, including farming, manufacturing, construction, and transportation.

“Everything from attorneys and accountants who represent brewers all the way up to hop farmers. We’re the third biggest hop producing state in the country,” Roberts said.

At Ecliptic Brewing in North Portland, Harris has been able to bring in more workers as well. He says when he opened he was the only brewer on the production side of the business. Now, he has just under 30 employees.

Not only are craft breweries quenching the thirst of locals. They have become a big part of Oregon tourism. About 369,000 people visited an Oregon brewery pub or tasting room on a weekly basis in 2016, according to the Oregon Brewers Guild.

Continued growth allows Harris to keep doing what he loves, sharing delicious libations with the world.

“Craft beer, and craft beer that I’ve made has been a part of peoples’ lives and that’s what I get the most out of it,” he said. “I don’t see craft beers going away.”