Businesses are allowed to open to 100% capacity now. A year ago Tuesday they were first shut down. 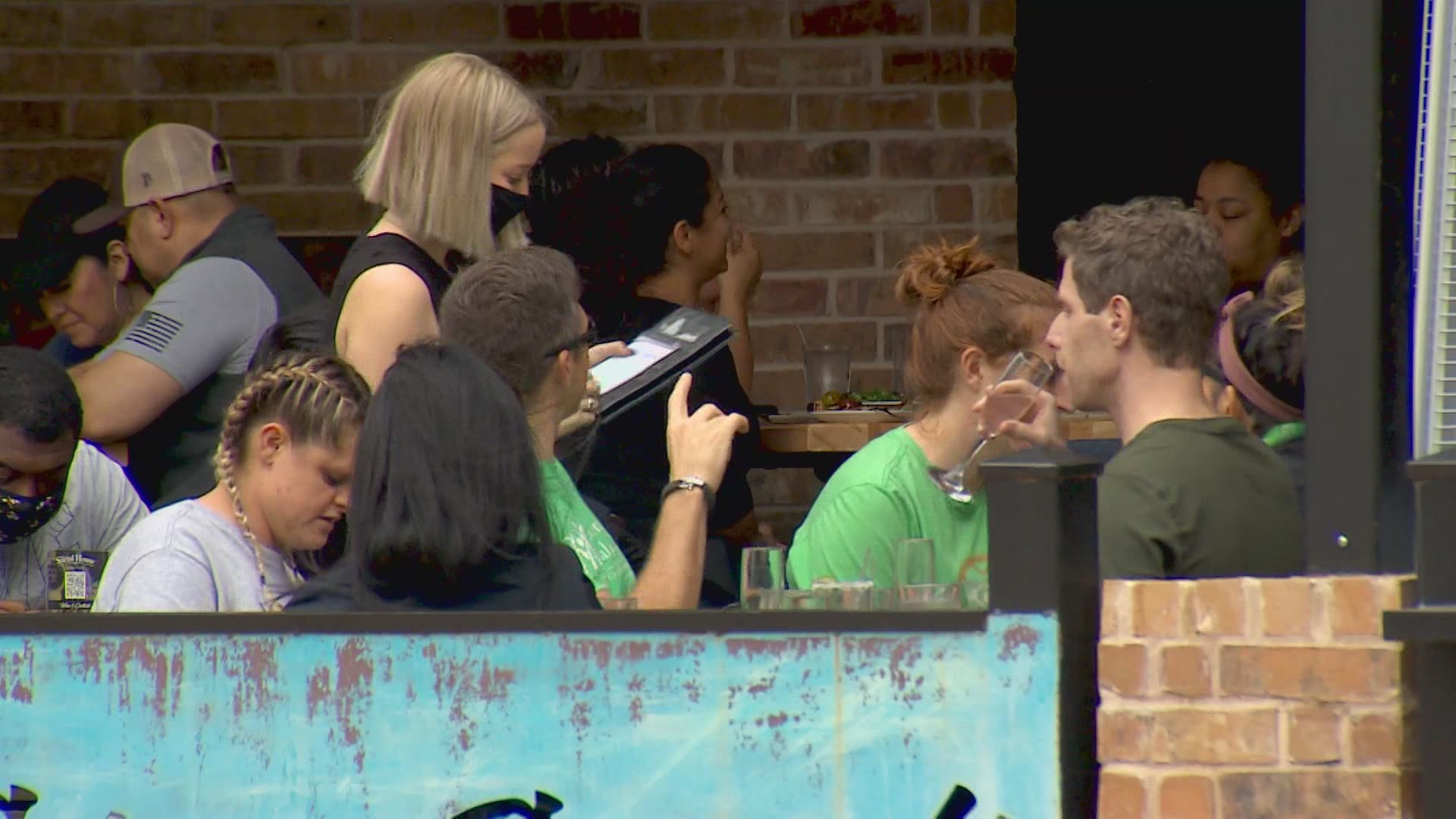 FORT WORTH, Texas — Exactly a year ago, doors closed for bars and restaurants in Dallas County.

Fort Worth followed with an announcement a day later and Tarrant County announced county-wide closures the day after that.

“This is for your safety,” Fort Worth Mayor Betsy Price said in a Facebook video the day of the announcement.

At the time, there were fewer than 100 COVID-19 cases reported in the entire state. A year later, Texas reported 4,279 cases Tuesday.

“When this thing first hit us, it was an insane adjustment for us,” Emil Bragdon said.

Bragdon owns one bar in Irving and three in Fort Worth. A year ago, they were prepared to be packed for a busy weekend.

With St. Patrick’s Day this Wednesday, March Madness tipping off Thursday, and no limits to capacity, bars across the metroplex are stocked again.

“They’re trying to maximize all the losses they took in 2020,” Bragdon said.

Some wooden boards that went up last year won’t come down. Doors that closed temporarily at first won’t open again.

The Texas Restaurant Association doesn’t keep a running list of closures, but, based on national data and local surveys, they estimate 11,000 restaurants and bars closed for good this past year.

A year later, the curve health experts asked the public to bend now looks like a rollercoaster with several peaks and troughs because that’s what life has been like this past year.

“We managed to come through that sort of in spite of the odds and in spite of all of the twists and turns,” Streufert said.

Bragdon has all of his bars open to 100% but expects to be just over 70% full this weekend. Masks are requested but not required.

It’ll be COVID trends, not orders, that decide how well businesses do now.

Exactly a year ago, everything closed. Businesses, jobs and lives have all been lost since.

“We've been getting a lot of people ready to get back to, you know, living their lives,” Bragdon said.

Back open doesn’t mean back to normal, but at least now we can see the light at the end of a long tunnel.