American Airlines says it may need to furlough or lay off up to 25,000 employees because of reduced travel demand

The airline said passenger revenues were more than 80% lower in June of this year than in June 2019. 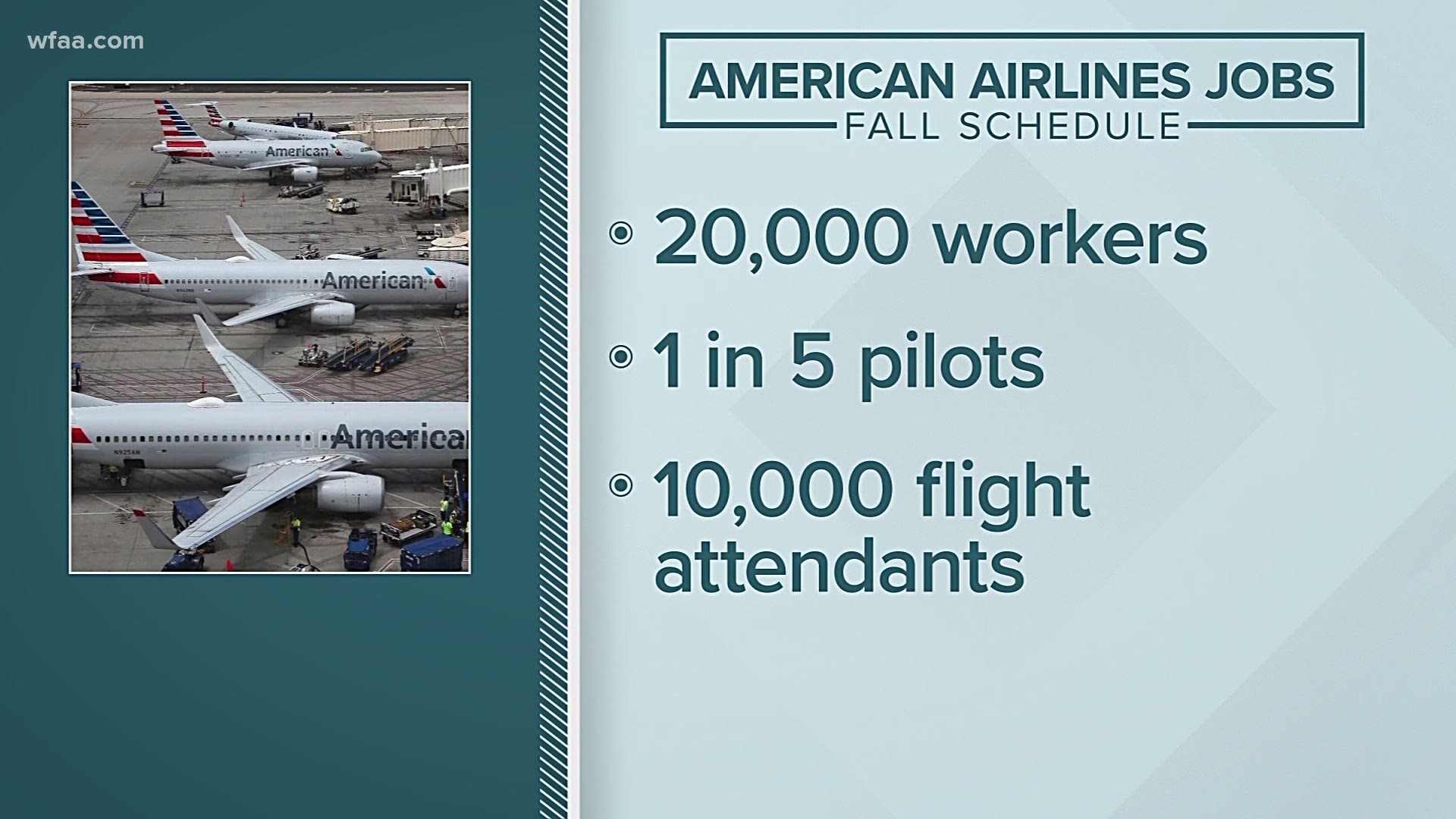 American Airlines needs to reduce its workforce by as many as 25,000 people starting Oct. 1 due to the impacts of COVID-19 on the business, the airline announced Wednesday afternoon.

The Fort Worth-based airline said it had more employees than needed to operate smaller schedules in the fall.

There are about 30,000 employees in North Texas, making American the second-largest employer in region.

Nearly 10,000 flight attendants and 2,500 pilots will get notices of potential layoffs or furloughs. Other workgroups, like maintenance, reservations, fleet and passenger service will also get notices.

Extended leave and early-out packages will be offered to employees who qualify.

Chairman and Chief Executive Officer Doug Parker and President Robert Isom sent a letter to employees Wednesday about the furloughs and layoffs.

American said it would begin issuing Worker Adjustment and Retraining Notification (WARN) letters to unions and team members in some states starting Wednesday.

"We hate taking this step, as we know the impact it has on our hardworking team members," the airline leaders said in the letter, in part.

Passenger revenues in June of this year were were more than 80% lower than in June 2019, the letter said.

American is due to give its latest earnings report next week and so is Dallas-based Southwest Airlines.

The CARES Act provided funding to compensate aviation industry workers and preserve jobs, but that program ends on Sept. 30.