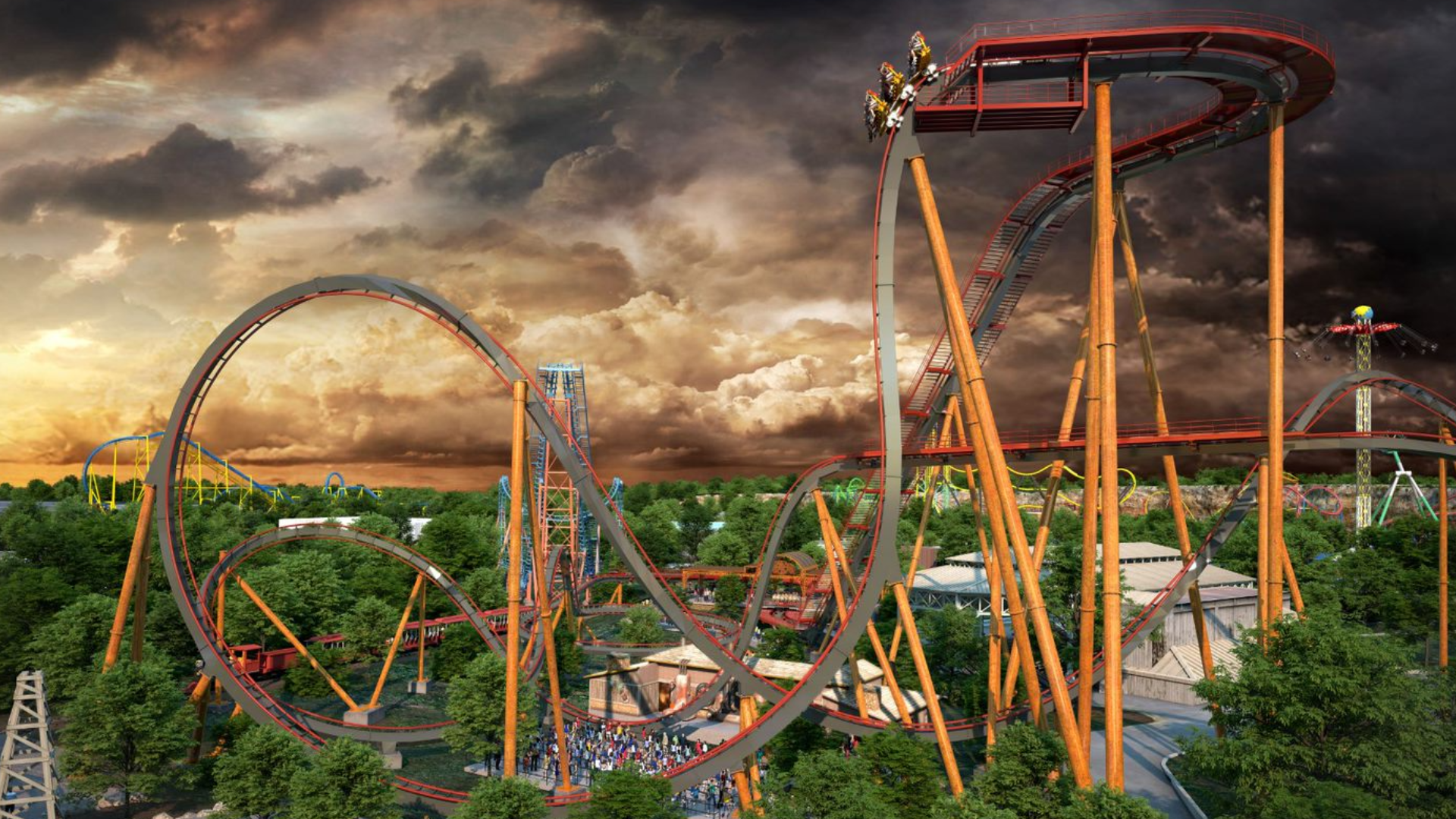 SAN ANTONIO — If you're in need of adventure, Six Flags Fiesta Texas debuted plans for a new roller coaster.

The park announced the new coaster, Dr. Diabolical’s Cliffhanger, is a dive coaster that suspends riders as they face straight down a 95-degree, beyond-vertical drop. They are then released moments later into a 150-foot dive.

It's also the world's steepest dive coaster, according to Six Flags Fiesta Texas. They introduced it as the park celebrates its 30th anniversary season. “With eight intense elements including dramatic inversions and extreme airtime, it will quickly become a fan favorite,” said Park President Jeffrey Siebert.

The press release says as guests enter the ride queue, they will be immersed in the story of Dr. Diabolical and her evil quest to create menacing creatures to frighten the world.

So, if you're a roller coaster fan, be ready for its opening in summer 2022.