An eye-opening report on counterfeiting will make you re-think how you shop. 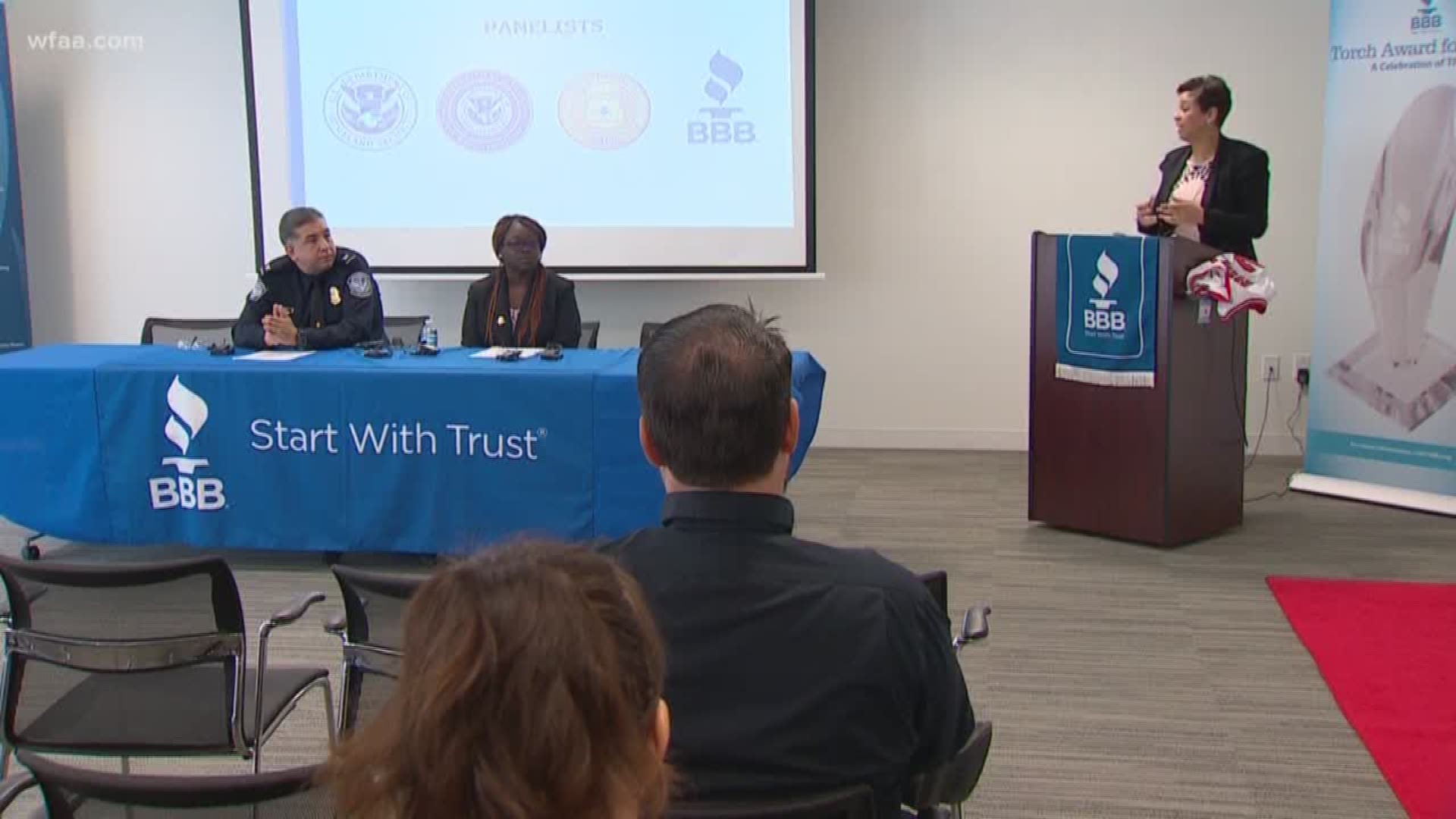 DALLAS — Chinatown in New York City is perhaps the most famous place for fake designer goods. A stroll down Canal Street leads to knockoff purses, wallets, perfumes and watches.

But those same things are being sold in North Texas. And Dora Lowe learned that the hard way.

“You know, just because it’s a good bargain doesn’t mean you’re getting a good deal,” the Dallas resident said.

Lowe was shopping in a beauty supply store in Dallas and spotted her favorite fragrance. The store was selling Jimmy Choo perfume for about half what she normally buys it for at Dillard’s. She inspected the box. Nothing looked suspicious, so she bought two.

And the next day, she regretted the purchase.

“When I put it on, I started to sneeze, and I was like, 'Oh I got an allergy.' I thought maybe it was the weather,” she said. “But it smelled really different. It had a metallic-like smell.”

She knew the fragrance was a phony.

“It was identical on the outside, but that’s not what you get on the inside,” she said.

From perfume to prescriptions to purses, counterfeit items are everywhere, especially online.

The Better Business Bureau released a study Tuesday calling counterfeiting a global epidemic. According to the International Trade Administration, in 2016, counterfeiting cost the U.S. economy between $200 and $250 billion.

It’s difficult to prove just how widespread the problem is because consumers don’t always report falling victim to a counterfeiting scam, and many people are actually searching for knockoffs

Instagrammers and bloggers often point their followers to sites where they can purchase the most authentic-looking fakes, which they call "dupes."

RELATED: How to win friends and #influence people on Instagram

But who is hurt by the purchase of a bogus Dallas Cowboys jersey or a fake Michael Kors bag?

Lots of people, according to Cynthia Manning, a special agent with Homeland Security Investigations.

“We’ve actually uncovered these things being produced in small towns in countries that are impoverished. They’re not making any money. They’re making cents a day,” she said.

“I can’t see how wearing something fashionable is worth a child being put in that situation,” she said. “Or I can’t see how funding terrorism is worth me looking good for a little while.”

While you don’t know who is profiting from your purchase or who produced it, you also don’t know what they put in it, Manning said.

“When the counterfeiters are making the products, the goal is to make the product look as similar as possible to the original,” Manning said, “and they don’t care what they put in it.”

In the cases of perfume, “unfortunately they’re using cat urine to achieve the color and urine from other animals," she said.

Manning and Raul Orona, with U.S Customs and Border Protection, said it’s important for shoppers to keep price in mind. If something is cheap, quality is likely compromised, they said.

“If you’re ordering handbags made in France, they shouldn’t be coming from Asia,” Orona said.

RELATED: Melanoma survivor offers words of warning for us all

RELATED: Breast implants tied to rare cancer to remain on US market