The dog's owner said 10-year-old Scooter "died a hero" protecting his family from the snake. 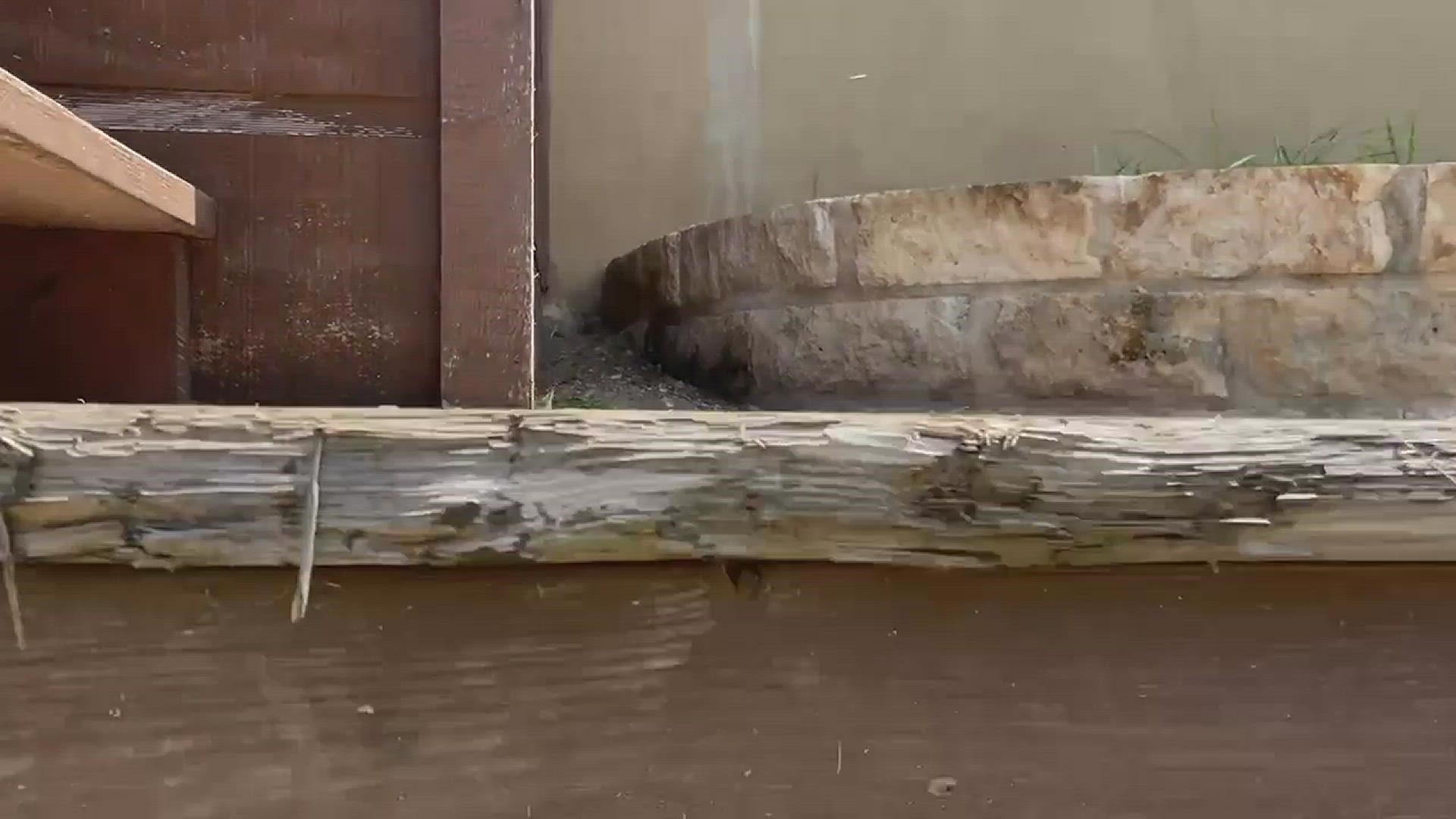 DRIFTWOOD, Texas — A Driftwood family is remembering their “lil guardian” after a rattlesnake bit and killed their dog last week.

Scooter, a 10-year-old, 15-pound terrier mix, was on patrol in his backyard on Friday, Sept. 3, when he came upon the snake. His owner, Brian Chaffe, said the dog “died a hero” as his 3- and 5-year-old sons could have been the victims.

Hill Country Snake Removal captured the rattlesnake from Chaffe’s yard the next day. Chaffe said employee Brett Parker pulled the snake out from under the porch and put it in a bucket.

In a video Hill County Snake Removal filmed of the process, you can hear the snake’s loud rattle:

Hill Country Snake Removal said it gets “a few calls a week” on average during the spring and end of the summer into the fall.

Chaffe said he first realized something was wrong when he heard a loud yelp from his backyard on Friday around 5:15 p.m.

“I ran outside to see Scooter walking funny, and Winnie barking at the porch,” Chaffe said. “I gathered up Scooter and saw a bite bark on his neck.”

Within 30 minutes, Chaffe and his wife had rushed Scooter to a veterinary clinic. The veterinarian gave scooter antivenom, and then he was transferred to a pet hospital.

Scooter died around 2 a.m. on Saturday.

Credit: Brian Chaffe
Scooter, a 10-year-old dog, was bitten by a rattlesnake in his backyard.

Chaffe said he wants everyone to remember that veterinarians do have access to a rattlesnake vaccine that “gives dogs a fighting chance if they get bit.”

“Scooter was only 12 pounds but had the heart of a bear,” Chaffe said in a Facebook post. “Afraid of nothing and willing to give his life protecting us. Rest easy our lil guardian, Scooter.”