Forget Fitbit or Apple Watch. This technology hopes to take personal fitness to the next level.

Described as wearable nanotechnology, these sensors would allow users to track exercises and fat-burning in real-time. 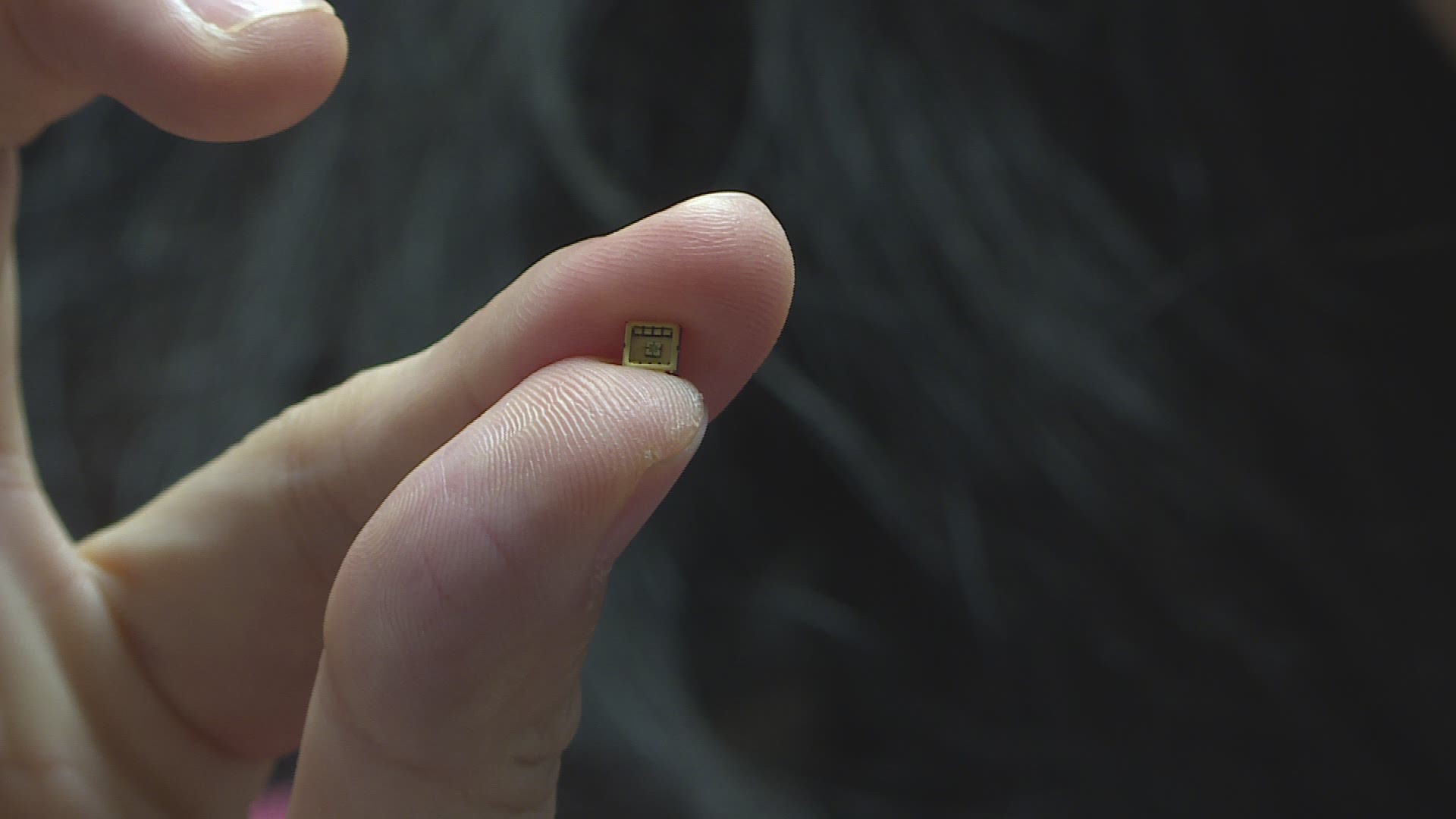 FREDERICK, Md. — Big things really do come in small packages, even ones as small as a sunflower seed. But the potential solution to our exercise and fitness woes comes from a very common issue.

"When we got married, we had great body shape," Dr. Xiaonao Liu exclaimed. "But after we gave birth to our son, both of us gained 20 pounds."

Dr. Liu’s touts her experience as a former nanomaterial fabrication specialist at California Institute of Technology and a research assistant professor at Zhejiang University in China. She co-founded Nanobiofab with Dr. Ruoting Yang, an expert in biomarker research and artificial intelligence.

The goal for Nanobiofab is to innovate beyond what’s already available on the market. Sure, Apple Watches and Fitbit devices already do something similar. But they can’t provide that extra personal, physical information in real-time.

What makes this nanotechnology unique is that it’s calibrated to your body while embedded in your clothes. According to Dr. Liu, the patented material is then used to track fat-burning in real-time.

RELATED: Google buys Fitbit for $2.1B, stepping back into wearables

RELATED: Can this $35 fitness tracker compare to a Fitbit or Apple Watch?

Users would follow all the sensors’ data on an app downloaded onto your phone.

"This will keep track of your heart rate, steps, but then also track how your body is operating," Dr. Liu said. "If you wear it on different parts of your body… you can even know which kind of exercises can increase certain parts."

Nanobiofab plans to officially start launching products next year, with a wearable band as the first thing available.

Eventually, the company hopes to progress to shirts, shorts, and other fabrics.

RELATED: Sleep and fitness trackers drop to $50 for mom