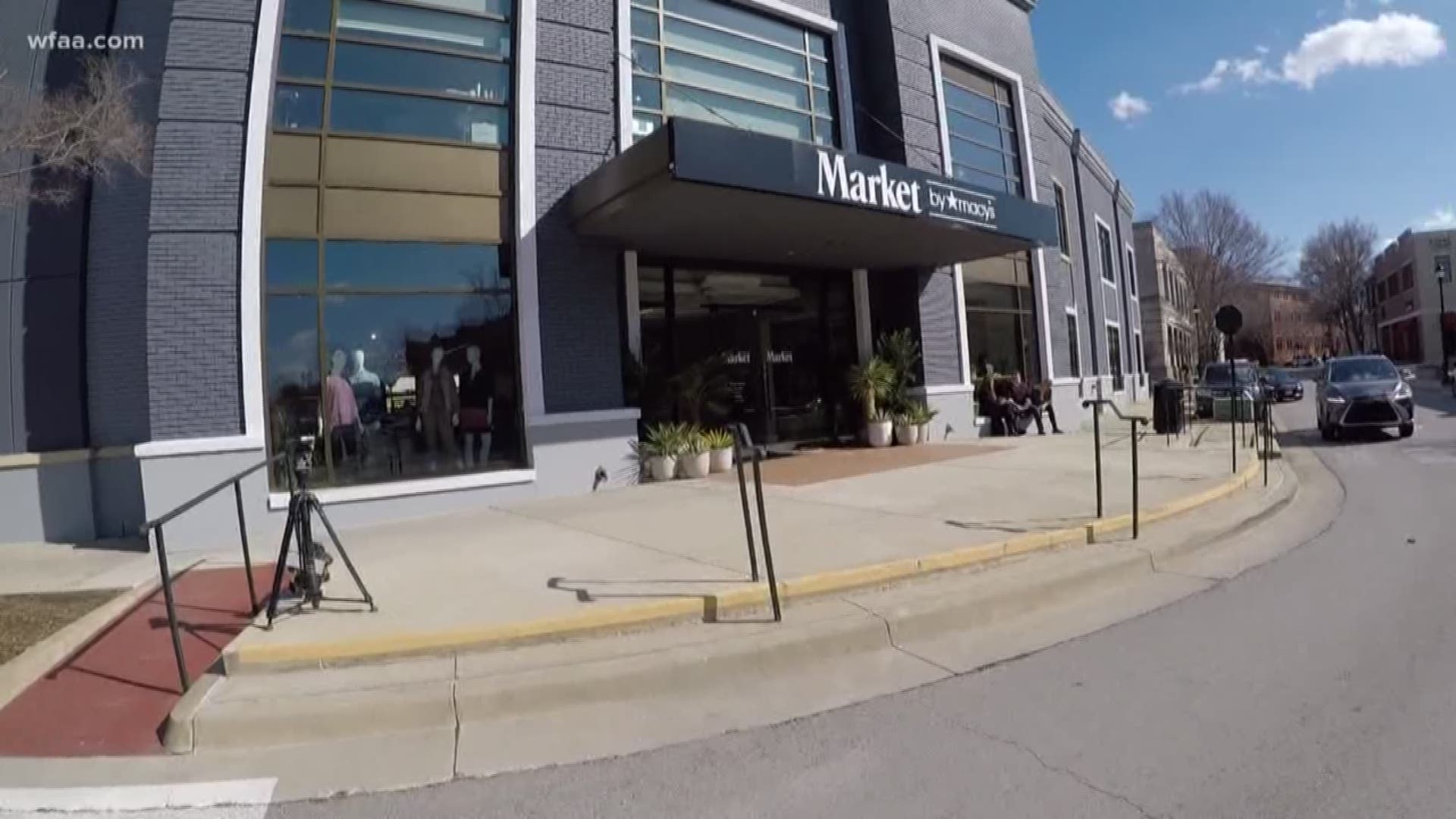 SOUTHLAKE, Texas — It's a familiar name with a decidedly unfamiliar look.

'Market By Macy's' launched Thursday in Southlake, the first-ever location for the company's new retail concept.

One thing is glaringly different than its other stores: it is not located in a mall.

"No, we're not. We're in a lifestyle center," said Rachel Shechtman, Macy's Brand Experience Officer. "What this is about is a new social shopping space that celebrates discovery and community and convenience."

Shechtman showed WFAA around the new store Thursday, which is highly curated, from its murals painted by local artists to Texas beer in its bar. It feels like a boutique when you walk in rather than a department store.

"When we sat down to work on this brand, we thought: How can we build a model that's relevant five, 10 years from now?" Shechtman said. "And it's really about how can you feel like you're in someone's home and how can it be more of a social shopping experience."

They're questions the company is asking, as it just announced it'll close one-fifth of its stores in the next three years.

There is certainly shopping at the Southlake store, including a section for plants (yes, plants!). But inside the store are two other concepts. One is called 'Herald,' which is a care and bar where everything you see you can buy, eat or drink. The other? Getchells Apothecary, a brand-new beauty concept with more than 80 beauty brands inside.

"Do you feel like places like these are integral to the health of the company?" WFAA asked Shechtman.

"I think it's indicative of changing customer behavior and I think at the end of the day, no one's going to do something new and be like 'Okay, great, two weeks later that's the answer,'" she said. "This is 100% about being adaptive and listening and learning."

The store will also focus on community involvement, and holding multiple events a week from book clubs to wine tasting.

It's a new look, as an iconic company looks to remain that way.