Man thanks teachers, those behind the scenes with hundreds of hand-written Christmas cards 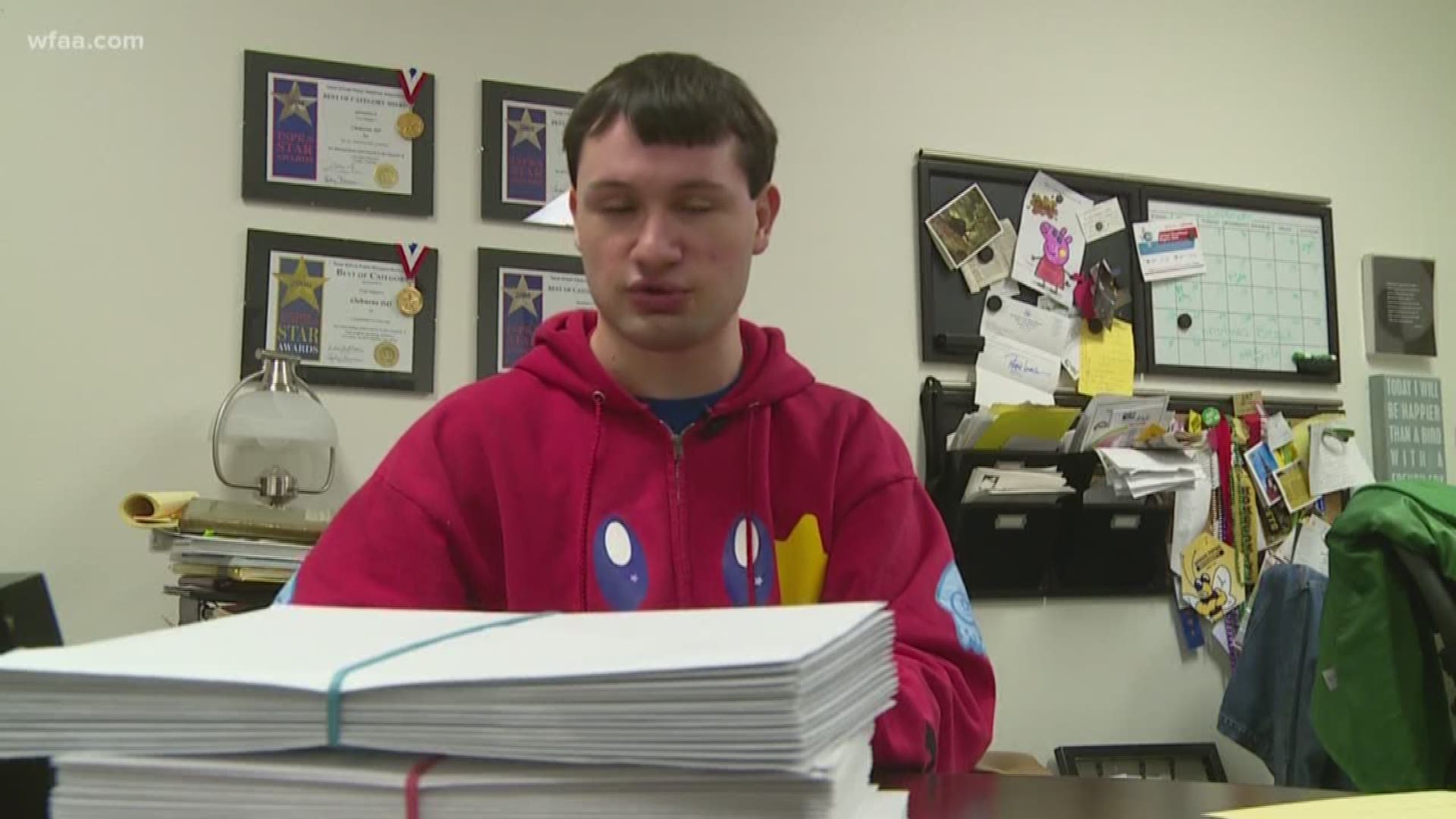 Some Christmas traditions are over the top.

But 23-year-old Matthew Conley, of Cleburne, has taken his holiday habit way above and beyond.

It started when he was in fifth grade.

“I just wanted to start giving Christmas cards to teachers,” Conley said. “I had no idea it would grow this far.”

That year, he gave a Christmas card to every one of his teachers, just as he has done every Christmas since.

These aren’t just cookie-cutter cards either. Conley writes a personal message in each one.

Every year, Conley sends a card to every teacher he’s ever had, totaling more than 5,000 over 12 years.

“This is his Christmas mission and his life mission,” said Lisa Magers, a spokeswoman with Cleburne Independent School District.

That mission grew exponentially his senior year when Conley decided to bless the entire district with a little holiday happiness.

“When they say chivalry is dead, they haven’t met Matt Conley,” said Janet Helmcamp, the director of assessment, advanced academics and GT with Cleburne ISD.

From counselors to secretaries, janitors to lunch ladies, more than 900 people got a card that year.

“There are people behind the background that don’t get as much appreciation as even teachers do," Conley said.

He’s so dedicated that one Christmas he told his parents he didn’t want presents because he needed cards instead.

Conley is now in college, and to this day, every school he ever attended gets a card on Christmas.

Obviously, giving out that many Christmas cards takes time. That's why this year, he decided he wasn't going to give out cards to everyone in Cleburne ISD. Instead, he expanded his mission to every school district in North Texas.

He’s starting small, giving out just one card per district, but eventually hopes to spread his holiday cheer to every teacher in Texas.

Sounds like a happy holiday is in the cards.

RELATED: Last-minute Christmas shoppers, where can you go?