A mother from Cleburne is not letting a freak accident that left her with third-degree facial burns crush her spirit. 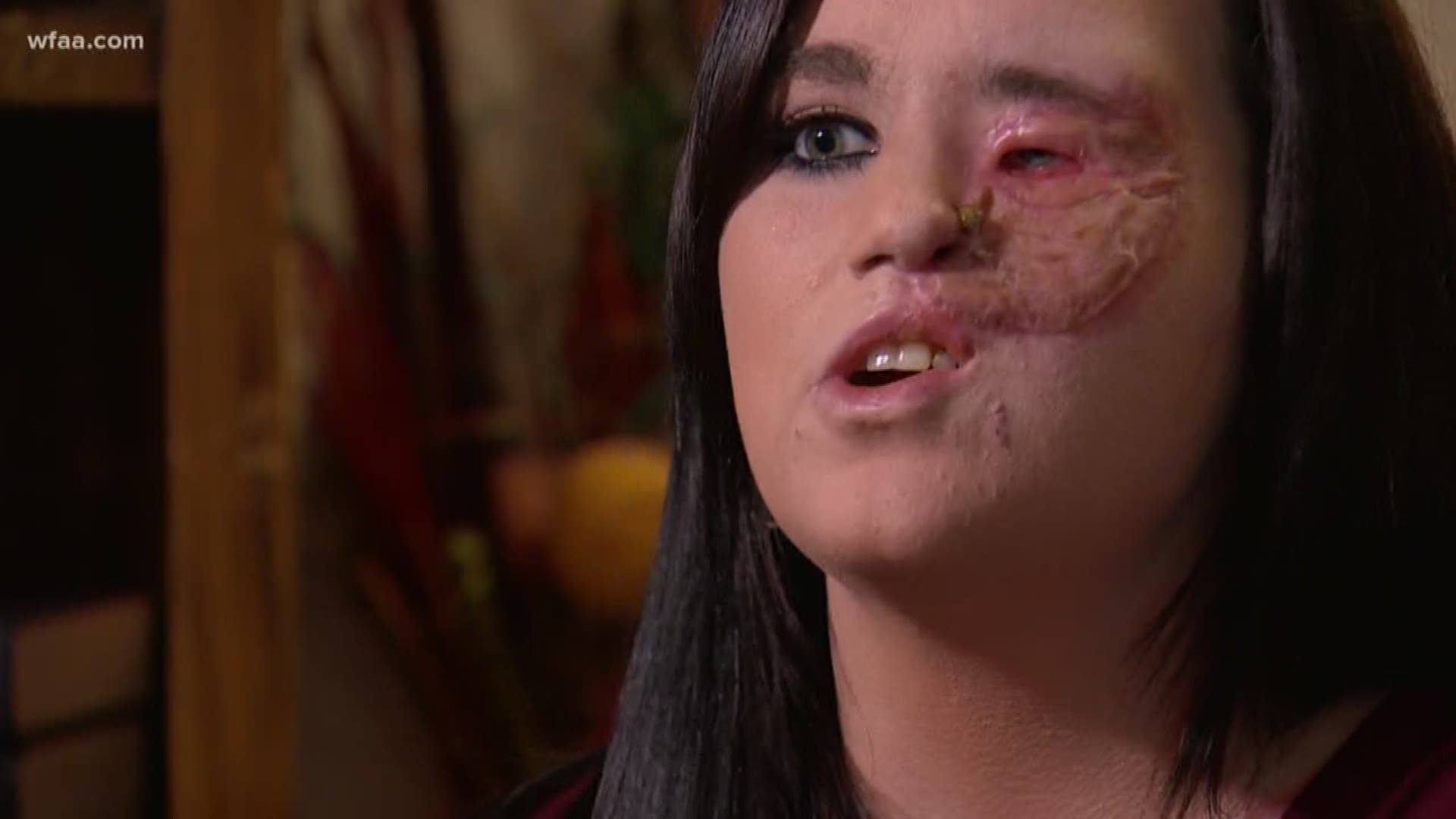 CLEBURNE, Texas —A mother from Cleburne is not letting a freak accident that left her with third-degree facial burns crush her spirit.

Brittney Sullivan, 31, suffers from epilepsy. Since 2013, she’s had at least six seizures.

In January, she thought she was beginning just another ordinary day—until she started getting ready.

While curling her hair, Sullivan had another seizure and fell to the floor with the curling iron still in her hair.

With no one at home but her two young daughters, Sullivan was on the floor for several minutes until help arrived.

“It burned half of my face,” Sullivan said. “I don’t remember anything until a few days later when doctors told me that I had a third-degree burn and that life’s about to change.”

When doctors took off her bandages, Sullivan said she was devastated.

“When I finally looked in the mirror, I just cried and thought that I was ugly,” she said. “A million things went through my mind—is my husband going to leave me? Are my kids going to fear me?”

“What if I put my hair in a ponytail? What if I just did a bun?” Sullivan said. “The fact that life is about to change really hit me.”

Throughout life, Sullivan says beauty was always important to her and that she struggled with insecurity.

But after the accident, Sullivan says her faith helped her realize that outward appearance is not what counts.

“I just got on my knees and prayed—asking God to give me an answer and telling me what to do,” Sullivan said.

“I told myself that I’m tired of being that insecure person. I don’t want to be her anymore, so I’m going to be beautiful and I’m going to show everybody the beauty within me.”

Sullivan started a Facebook Page called “Beauty Within Brittney.” She’s now using it to inspire others with her story and to remind young women that it’s what’s on the inside that counts.

“Take my name out of it, and put your name in it…look for the beauty within yourself,” Sullivan said.

Sullivan has several reconstructive surgeries ahead of her that will focus on her eye, her upper lip, and then her nose.

Her family has created a YouCaring page to help with some of the expenses.