Pilot, 96, still in love with flying, serving his country

"Of all the flights I've ever done, the worst one was delightful," says 96-year-old pilot John Billings. 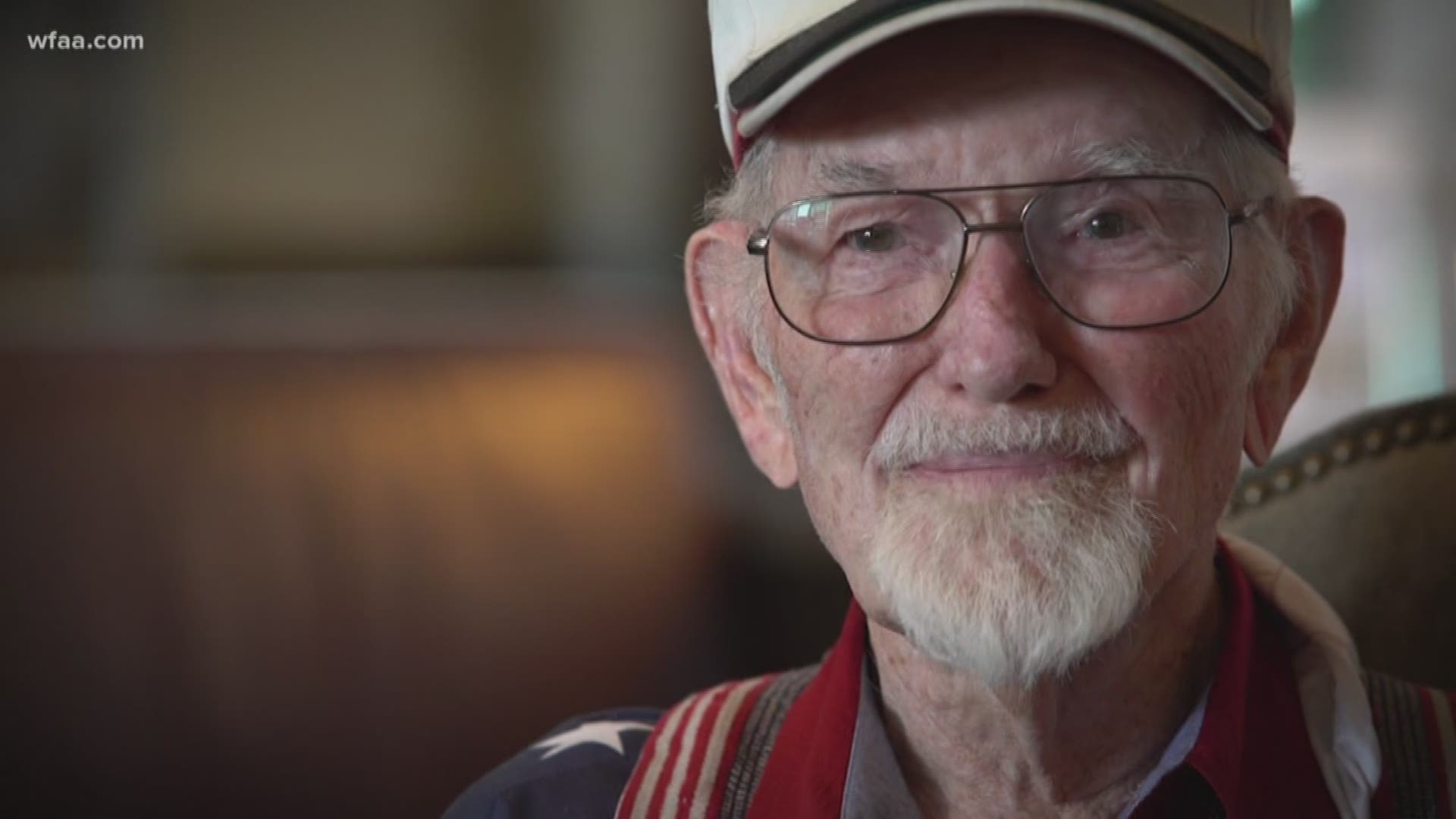 ADDISON, Texas — John Billings has been flying for a very long time.

And just because he's a mere 96 years old, it doesn't mean his flying days are done, he says.

In his own Cessna Cutlass, the WWII veteran landed Wednesday at Addison Airport after an all-day trip from his home in Virginia, with a fuel stop midway in Memphis. He taxied to the Million Air Dallas terminal in Addison with his co-pilot and friend, Nevin Showman.

Showman is a mere 58 years old, celebrating his 59th birthday on their return trip Monday.

"Welcome to Texas," I told him as he stepped out of the plane.

"Are we in Texas?" Billings asked, showing the sense of humor, which along with his flying skills, hasn't left him either.

His journey in the pilot's seat started in WWII at the controls of a B-24 Liberator.

He flew multiple bombing missions, numerous intelligence-gathering missions and is a recipient of the Distinguished Flying Cross and several other commendations.

He also flew as a commercial airline pilot for 39 years. But our conversation at Million Air started with another joke about tanks and capacities and how often they need to be emptied.

"The airplane can fly seven hours and a fraction to fuel exhaustion," Billings said. "Neither one of us have those size tanks."

Once the post-flight bathroom trip was taken care of, we talked about why he flew to Dallas.

He is here for a WWII bomb group reunion. Billings was part of the 484th Bombardment Group (H). But, with fewer and fewer veterans able to attend each year, the reunions include men from all bomber groups from WWII.

But he was most interested in talking about something else.

"Yes, as a matter of fact, I'm ready to talk about Angel Flight," he said as he removed a 484th Bomb Group hat to reveal a red "Angel Flight" hat underneath.

"He's a man of many hats," Showman said with a laugh.

Billings and Showman volunteer to fly hospital patients to and from specialists across the country as pilots for Angel Flight Mid-Atlantic.  The slogan for the organization is "the shortest distance between Home and Hope."

It's also a chance for an old airman to keep serving his country.

"Gives you a sense of doing something to help other people," Billings said.

"We fall in love with them," he said of the patients that range from infants to adults. "And it's not hard either."

As for flying at his age, neither of the men think it's that big a deal.

"He is the most experienced and knowledgeable pilot that I've ever flown with," Showman said. "He is fully legal and capable on his own. But I'll get mad at him if he comes without me."

"Ninety-six is just coincidental," added Billings. "I just like to fly."

After the weekend reunion of the 484th Bomb Group in Dallas is over, Billings and Showman will fly the Cessna home to Virginia, and wait for word of their next mission.

"Of all the flights I've ever done, the worst one was delightful," Billings said.

And even at 96, with new horizons still to see.