Paige Bullard had collected about $30 for her dream vacation. 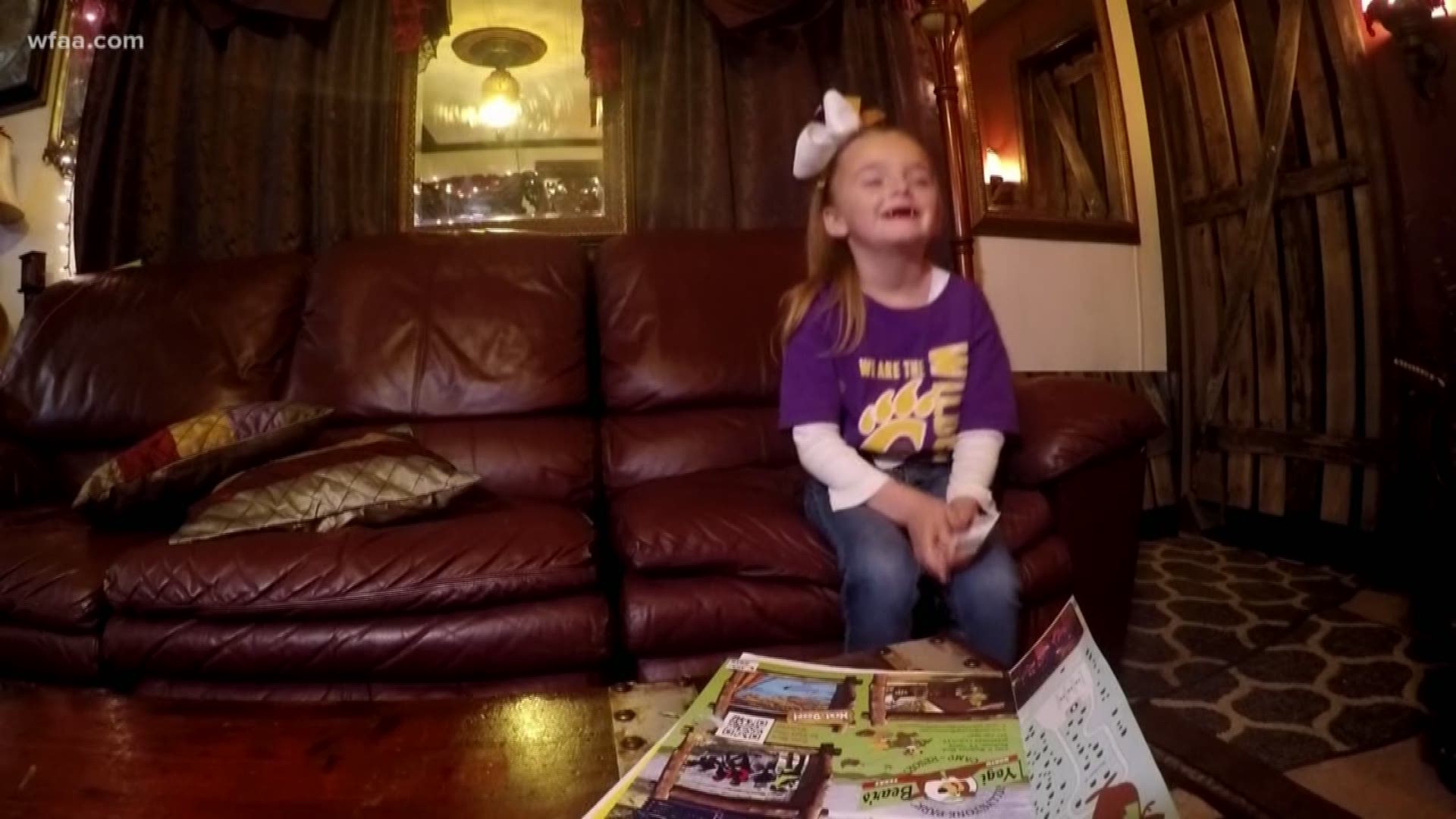 Five-year-old Paige Bullard has never been on vacation, but she definitely has a dream destination.

There’s nowhere in the world she would rather go, than Pirates’ Cove Waterpark in Burleson.

When asked how long she’s wanted to go to the waterpark, she responded, "Since last summer."

Which is why she’s been gathering all the spare change she can find.

Paige spent about six months collecting money and by the start of February, she had earned enough for a ticket to Pirates’ Cove.

But then she decided she wasn’t going to go, and gave it all away instead.

“I did it for people that were hungry,” she said.

Every year, about the same time as the Super Bowl, the congregation puts together a food drive. It’s called “The Souper Bowl of Caring.”

Church members are encouraged to donate cans of food, and a small amount of money is donated with every single can. Unfortunately, this year, there wasn’t enough money to be paired with every can.

When Paige heard that, she gave every penny she had, about $30 in all.

“Yeah, absolutely blew me away,” Mathews said. “It wasn’t the amount, it was what it represented. It was everything that Paige had, so that was really special.”

Paige says giving away every penny she’d saved, and giving away her dream vacation, didn’t bother her.

“Cause I gave it to people that needed help,” she said.

Because it was such a sweet gesture, last week the church pitched in and surprised Paige with tickets to Pirates’ Cove.

Paige was extremely grateful, but says if given the choice, she would give it all up again.

“Cause it’s good to help people,” she said.

Plus, it can bring you so much joy.