'I'm not throwing away my shot': Richardson seniors put on unique Hamilton performance

As you get older, it's important to stay active in many different ways. Some seniors in North Texas are finding a way to do just that using the musical Hamilton. 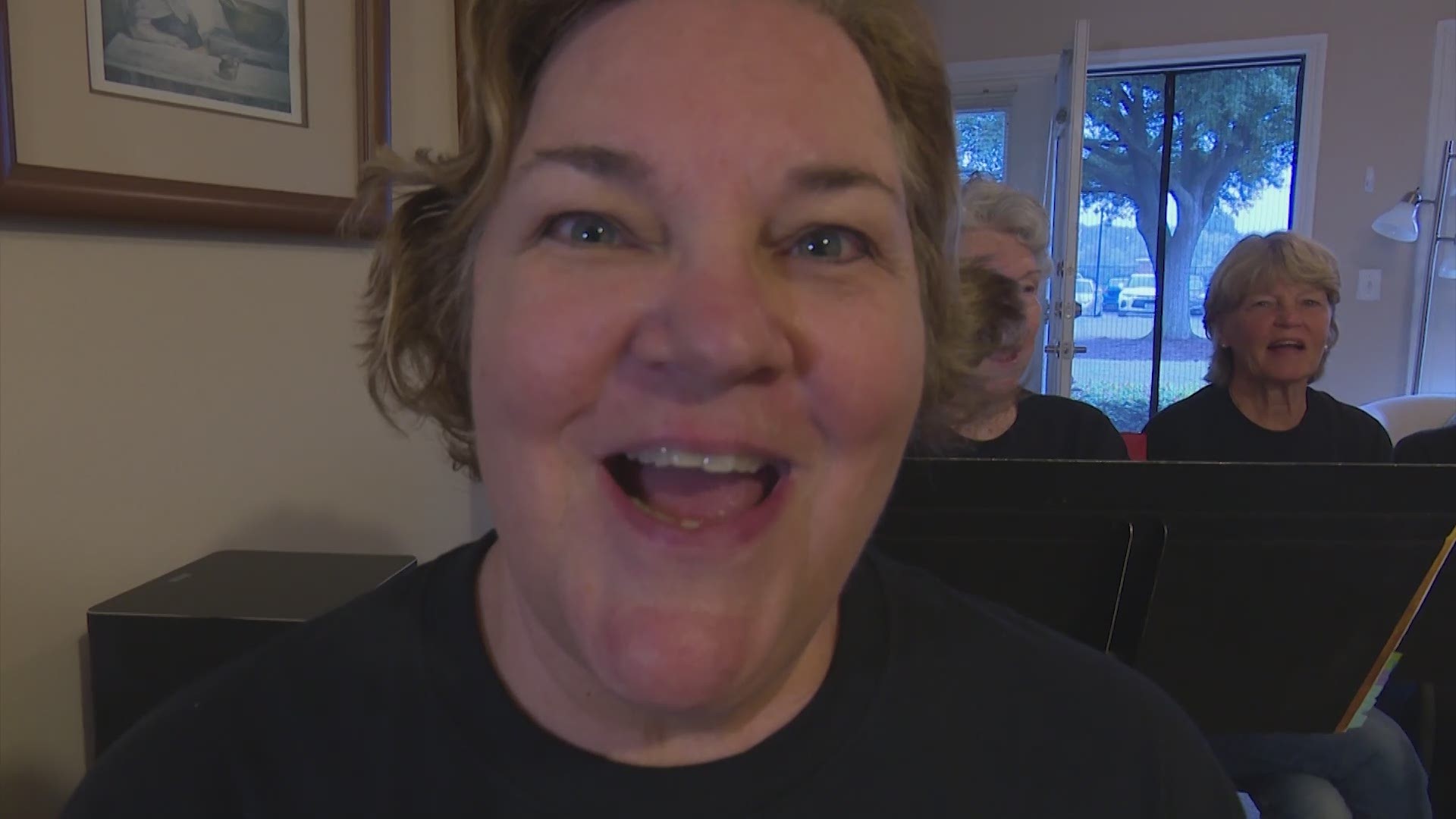 RICHARDSON, Texas — As you get older, it's important to stay active in many different ways. Some seniors in North Texas are finding a way to do just that using the musical Hamilton.

Twin Rivers Seniors Living Community is a place for seniors in Richardson who want to find ways to stay young. Susan Garza is one of these people.

She lives at Twin Rivers but has also always been interested in music since she was a little girl.

"It became my hobby to play musicals and sing," Garza said, speaking about her younger years. "That was my way of learning to speak, I think."

When she came across a musical booklet for Hamilton recently, she knew this could be a way to involve some of her fellow seniors in a unique and productive way.

"My initial thought was that we were just going to get together and sing karaoke," Garza said.

It ended becoming more than just karaoke. She assembled a musical team to put on a Hamilton performance, made up of singers from age 70-90. They were going to put on a free performance for their peers.

Audrey Schlecht is one of these singers.

"I would never see myself doing this at this point in time, Schlecht said, approaching a big birthday soon. "Opening night is my 89th birthday, so I think there's no better way to celebrate a birthday than to sing this rap. It's wonderful."

Along with the eight senior ensemble members, there are five soloists, a piano player and a drummer. The performance is free for the retirement community, with ushers and refreshments included as well.

The seniors have been working for months, rapping through the majority of the Hamilton musical. For many, like Carolyn Prince, she said it's great for mental exercise as well.

"This prods you a little bit beyond where you might just go by yourself if you were just left adrift," Prince said.