'I pick myself back up if I fail': The key to success is failure for this eighth grade quadruple amputee

Memphis Lafferty, 14, knows how to cook over an open flame, can successfully tie a knot and has even mastered archery. 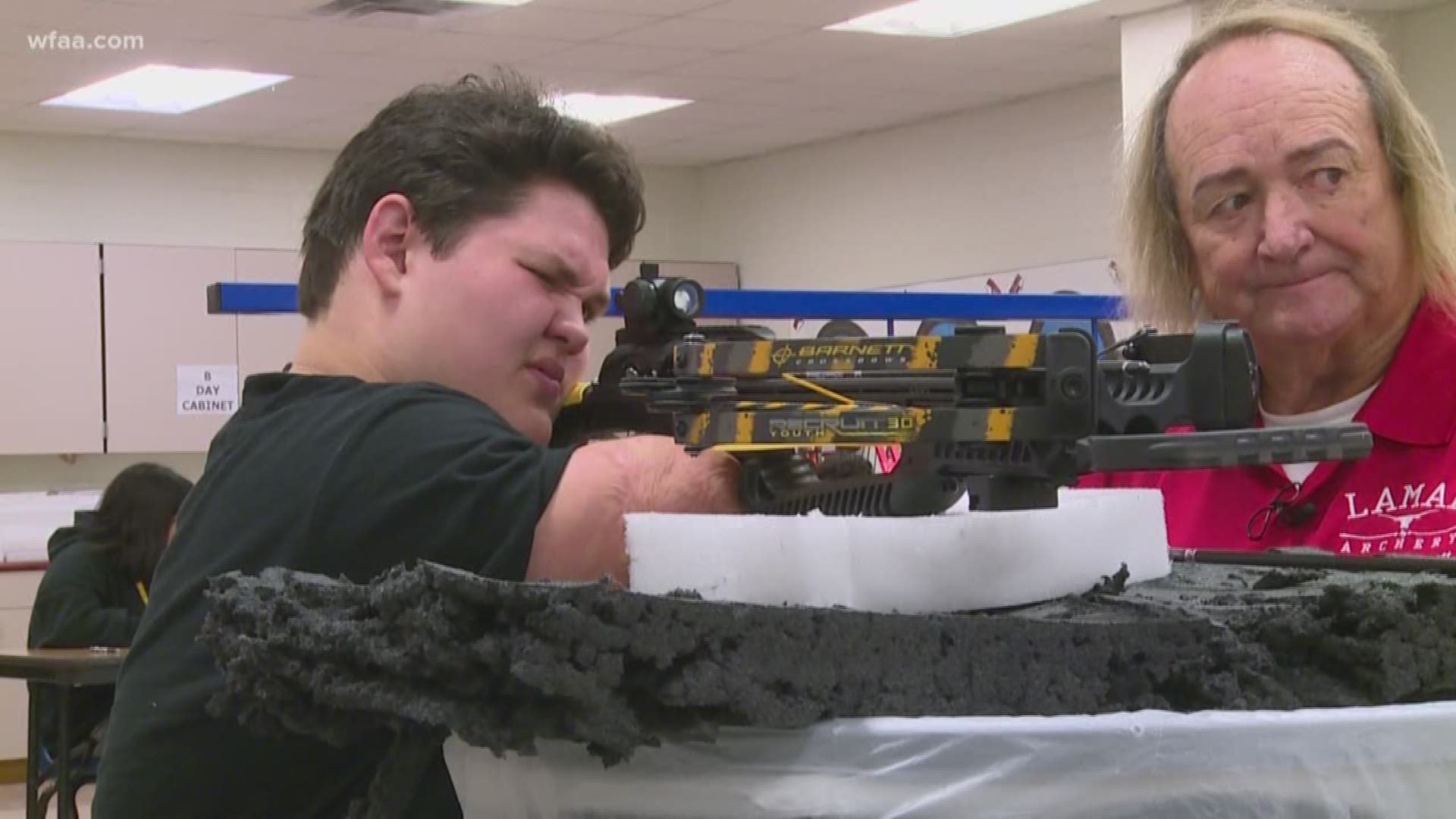 From all the trophies in his classroom, you can tell he’s had many talented students.

But, after 50 years, none have impressed him more than one particular student who came into his class this year.

“He will do things that others either choose not to do because they’re afraid of failure or that they can’t do,” Bavousett said. “I’ve just never had a student like him.”

Fourteen-year-old Memphis Lafferty lost his arms and his legs as an infant due to a rare bacterial infection.

But he was determined not to let it slow him down.

“Cause I don’t want people to feel sorry for me,” Memphis said. “I believe I can do anything I put my mind to.”

Which is why he signed up for Bavousett’s outdoor trails class, even though he didn’t know the slightest thing about the outdoors.

At first, Bavousett wondered how Memphis would adapt to his class, but the eighth-grader wasn’t worried.

“Bad things happen to me all the time,” Memphis said. “I pick myself back up if I fail.”

For Memphis, the key to success is failure, and learning how to get back up when you fall.

That’s why today, he knows how to cook over an open flame, can successfully tie a knot and has even mastered archery.

“He performed above my expectations, to be quite honest with you,” Bavousett said. “I can’t wait to challenge him, because I believe he is going to rise to the occasion.’”

Memphis was adamant he didn’t want any special accommodations. In fact, given the chance to get his arms and legs back, he said he wouldn’t want them.

“I’ve thought about this before,” he said. “If I did it, I wouldn’t have been in this school or met all the people I’ve met before or done the things I’ve done, so I would stay like this.”

Because he’s already on target for something great.