With a little detective work and the use of a radio, Fort Worth police officers were able to give shoppers presents on their wish lists. 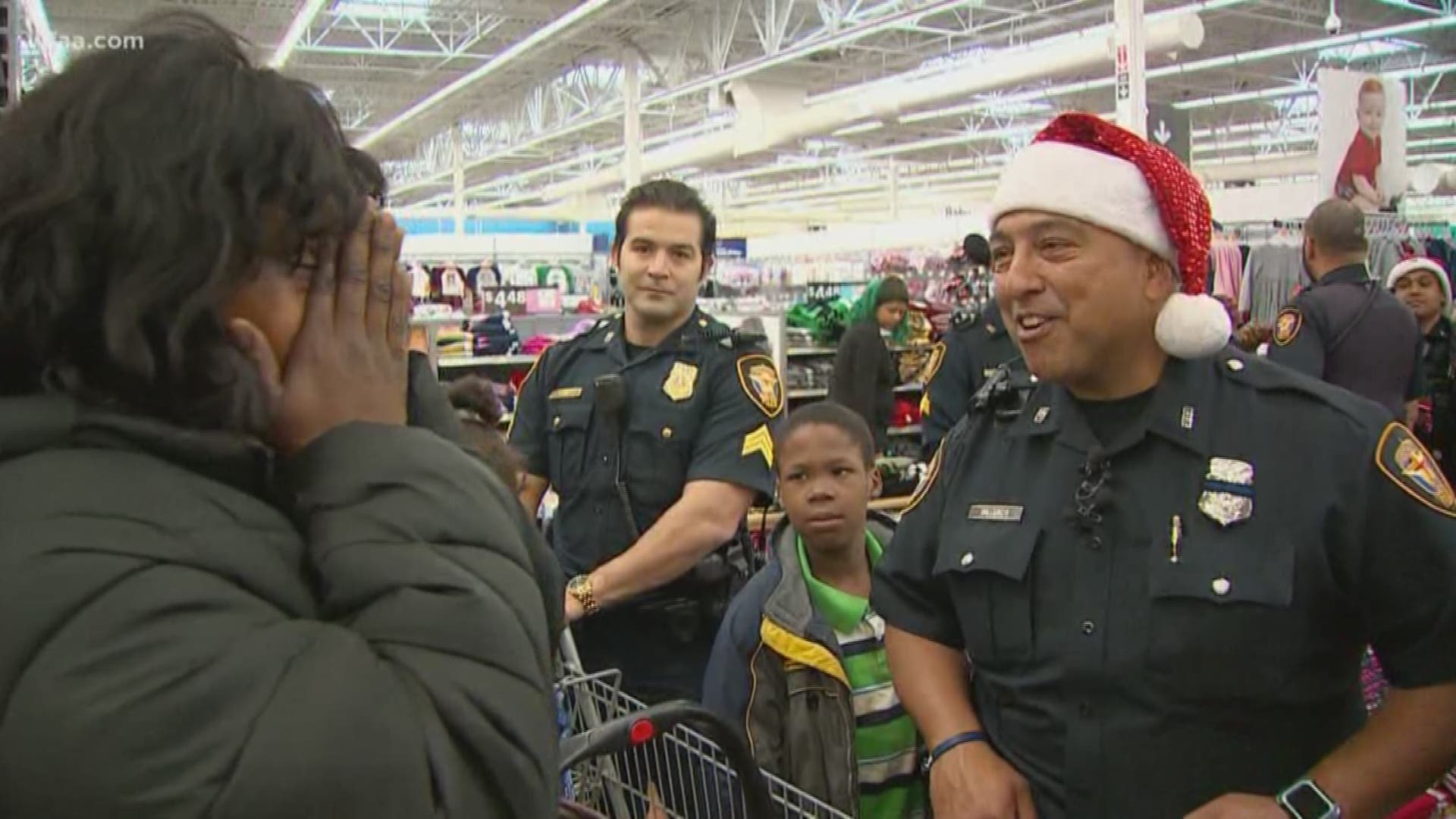 FORT WORTH, Texas — Shoppers at a Fort Worth Walmart got some items on their wish lists before they even walked through the store's doors Thursday.

It was part of an operation called “Fort Worth PD Blue Elves," which took place at the Walmart on McCart Avenue in southwest Fort Worth.

In order to keep their mission a secret, Fort Worth police parked two patrol cars in front of the store and asked shoppers questions: Which set of flashing lights is cooler? Which car has better details?

They told the shoppers that the questions were part of a survey. In reality, officers used the opportunity to make small talk and ask shoppers what they wanted to buy for Christmas.

The officers then secretly radioed the wish list items to other officers inside the Walmart, where the items were purchased and then brought outside.

“We were really struggling this year,” said Latoya Holt, who was one of the Blue Elves' targets.

Fort Worth police bought her 3-year-old daughter a bicycle.

“I just think that acts like this bring it back to what [Christmas is] all about, and we really appreciate it," Holt said.

Fort Worth officers also surprised shoppers inside the store by paying for all the items they had in their shopping carts.

Linda Brookins told WFAA she was buying gifts for a loved one with autism when the Blue Elves offered to pay for everything.

“I’m shocked," she said. "I’m blessed. I feel blessed. I’m surprised. Seem like a dream to me. I don’t think this real. I’m going to wake up after a while.”

Fort Worth offered to take shopper Kiondria Byner and each of her five kids around Walmart on a shopping spree.

“I was actually crying this morning because I lost $100,” Byner said. “I guess it’s a holiday miracle for me. Might be small to somebody else but this is big to me.”

Fort Worth police partnered with Walmart for the operation.