While he was in the hospital, his classmates voted him Prom King, and they weren't willing to let him go un-crowned. 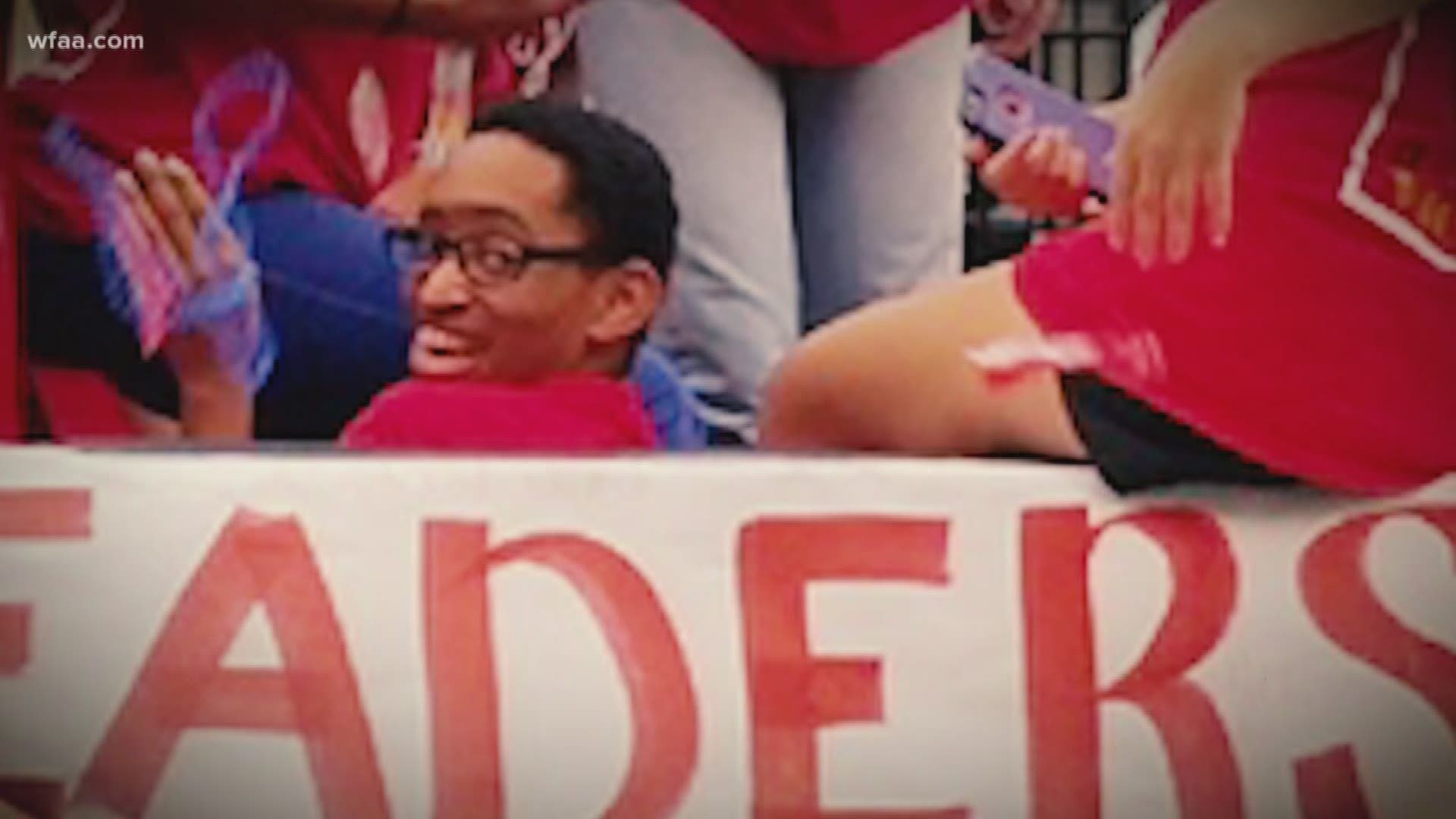 Terrence Mayhorn hasn't had the best of good fortune in his 19 years. But this past week "King Terrence" clearly did have the best of friends.

He was born with a condition called encephalocele. His first surgery was at three days old. Doctors placed a shunt to drain excess fluid from his brain into his abdomen. And as his senior year at Grapevine High School was drawing to a close, a complication developed that required additional neurosurgery, a new shunt, and several days in Parkland Hospital in Dallas. He would miss the final event of his high schools years, his senior prom.

While he was in the hospital, his classmates voted him Prom King, and they weren't willing to let him go un-crowned.

This past Friday, his nurses in the Neurology Unit on the hospital's 16th floor hurriedly decorated a meeting room with ribbons and balloons and every trapping they could find to turn it into an impromptu prom ballroom.

The theme was "Midnight in Paris," so they even made sure they had a cutout of the Eiffel Tower on a north-facing window. Terrence's mom stretched the truth, just a little, to get him to put on a tuxedo. He was going to get his picture taken, she told him. And when he walked into the room the nurses, along with a half dozen of Terrence's classmates, shouted "surprise", held up a banner declaring him Prom King and presented him with the traditional Grapevine H.S. Prom King crown.

"I'd like to announce that our class voted you as Prom King," said student body president Lyon Lee as the room broke into applause and Terrence broke out his biggest smile.

"We don't think it's because Terrence was special needs or anything. It's because he is a special guy," Lee said. "And the class recognized that and we all voted for him."

"I'm just overwhelmed," said Terrence's mom Sharon Okafor. "He's such a popular kid, and he's just so sweet. So, couldn't happen to a better person. He deserves it."

There was a chance to dance to some of his favorite music: he prefers Michael Jackson or Bruno Mars. He even got to slow dance with one of his best friends who, in full prom dress, offered to be his prom date.

"Just hearing you're a 19-year-old kid, you're going to miss your prom, you're a senior in high school, kind of something you don't get back. You can only do it one time. So I think that made it really special," said Parkland Nurse Brandi Perez. "Just knowing that we are going to make this moment for him special and memorable, none of us here are ever going to forget this."

"All this like adversity that he's gone through and he's still smiling," said fellow student Allison Cicherski who serves as Terrence's mentor in the Grapevine H.S. Best Buddies program. "He's just the light of everyone. Like not even mine but everyone at the school. Every time in the hallway he'll just light up your day."

So what did all this do for his day? Overwhelmed by the show of love and support, and still recovering from his recent surgery, Terrence was a man of few words. He chose those words well.

"Was it awesome," his mom asked him.

There's an old saying, that a man is rich if he has friends. Well, then, Terrence Mayhorn is indeed rich. And on this particular day, it was a good day to be king.

Terrence is expected to be released from the hospital in time to graduate with his classmates later this month.