For every person who donates, Aidan will send them a hand-drawn picture of an animal from Australia. 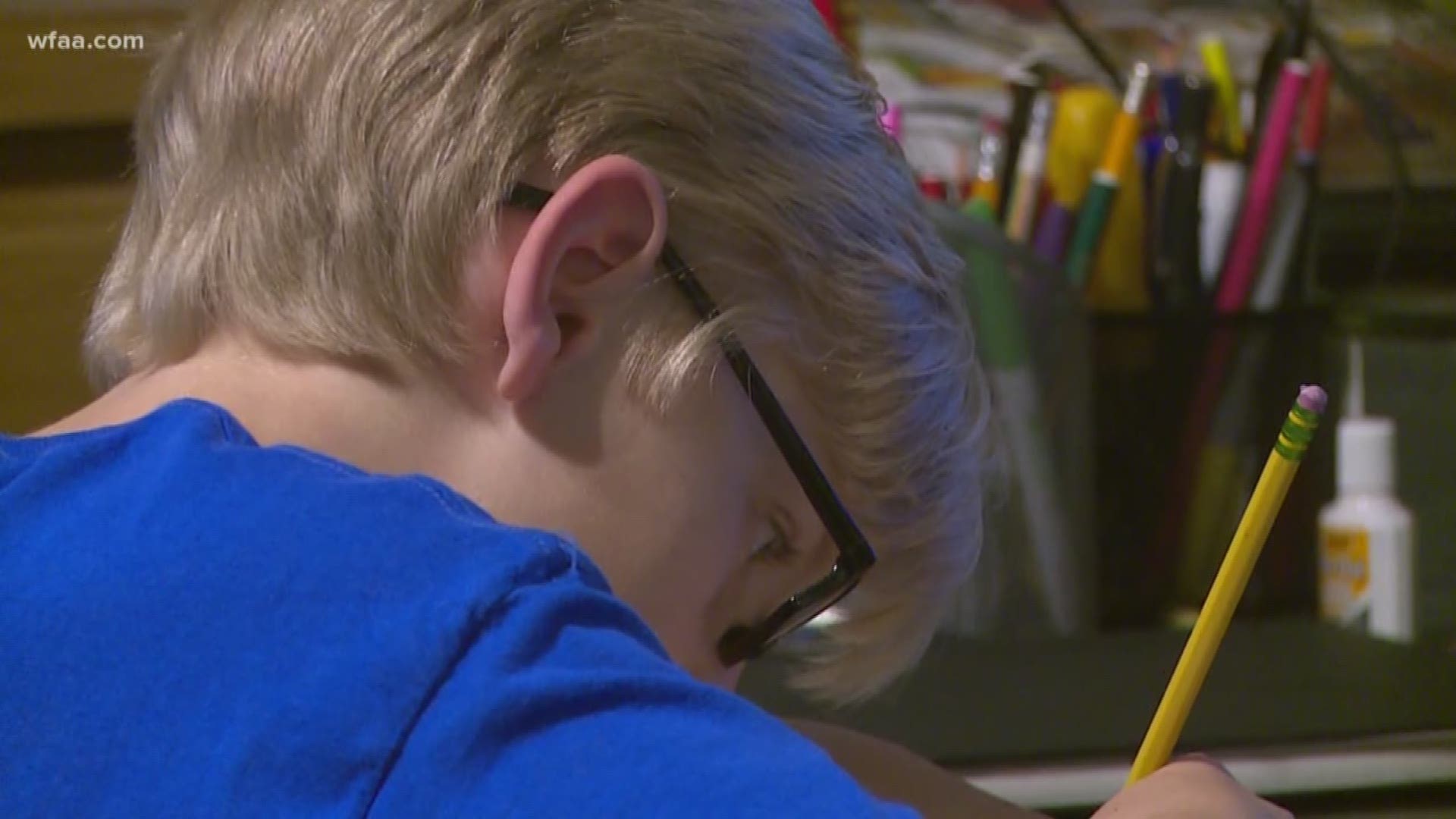 Whenever 9-year-old Aidan Klein plays dinosaurs, his mind is on one thing and one thing only.

“Half my brain is filled with animals,” he said. “They’ve always inspired me to be a good person.”

But no one knew how much he cared until last weekend.

Aidan’s parents, Emmy and Brock, say Aidan had just gone to bed when they started talking about the wildfires in Australia.

They thought they were being quiet, but Aidan heard every word. He bolted out of his room and asked his mom to repeat what she’d just said.

“And she said koalas may be extinct after this fire,” said Aidan. “I started to cry, and I ran to my room and I just wanted to help all of Australia.”

“My reaction was it’s really terrible, but I really don’t think there’s anything we can do,” Brock said.

So, they suggested a different approach.

Together, they partnered with a wildlife foundation in Australia to start a fundraiser.

For every person who donated, Aidan would send them a hand-drawn picture of an animal from Australia.

The goal was to raise $100, which felt pretty lofty at the time.

“I thought we might hit it, but I had also talked to him to prepare him in case we didn’t get it,” said Emmy.

“I may not, but if I do at least I got a little money to help a few animals,” Aidan said.

In just 15 hours, Aidan raised more than $1,000 for Australia, and the fundraiser is still growing.

“I think it’s a testament to the power of the human spirit,” Brock said. “Even though we’re separated by oceans, we’re all human and there is good in all of us.”

“For me, it just reaffirmed his heart and his desire to help other people,” said Emmy.

If Aidan has this much compassion for animals, imagine what he will one day do for his fellow man.