All the fair favorites from those award-winners to the classics like funnel cake and turkey legs will be rotating onto the menu at Cocina Italiano. 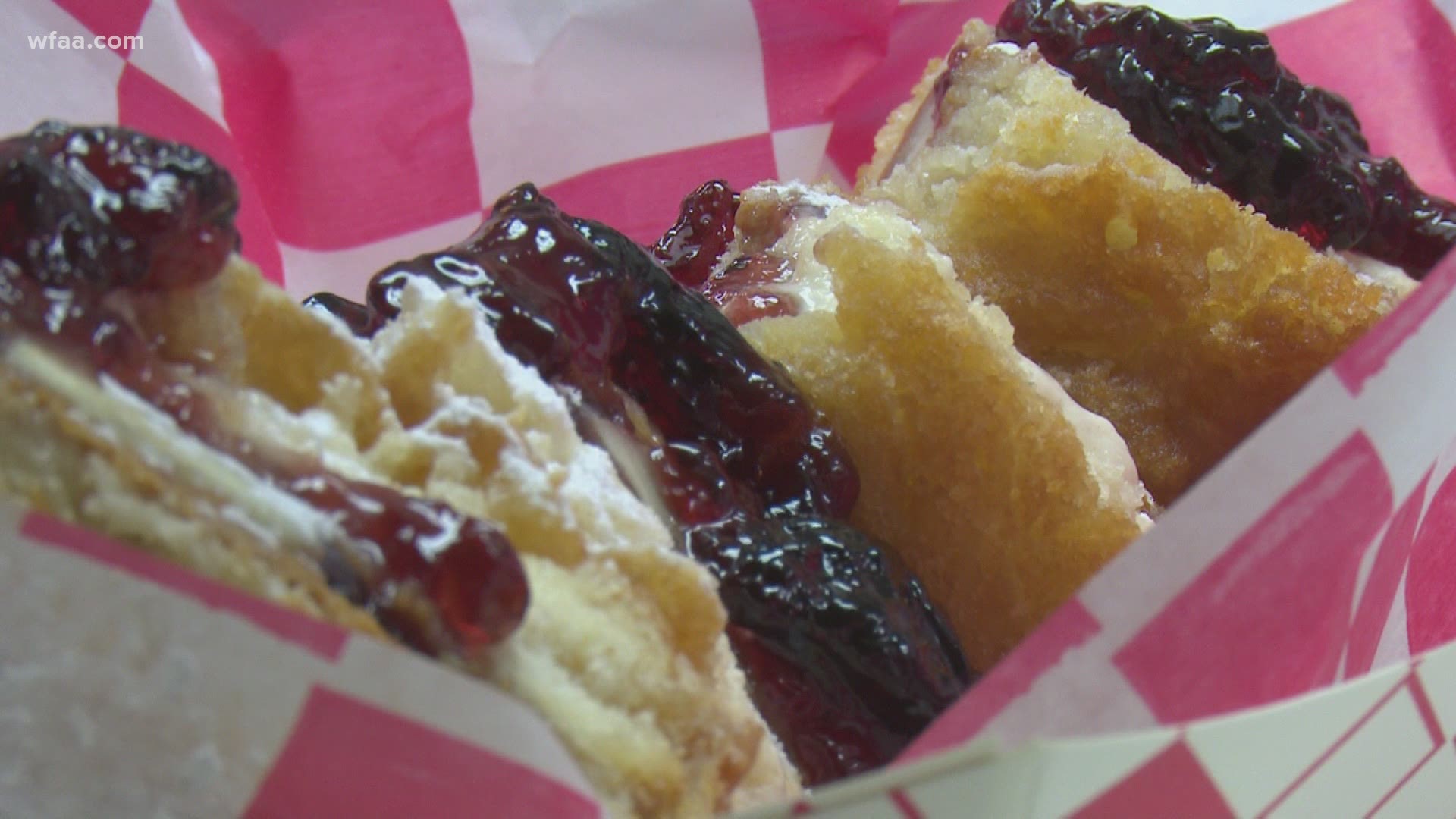 DALLAS — The cancellation of the State Fair of Texas left a void in the stomachs of fried food fanatics and a void in the bank accounts for the purveyors of such delicacies.

But at Dallas restaurant Cocina Italiano, owner Abel Gonzales is trying to fill both voids.

“We have this (restaurant) so we thought why not add fair food this month and maybe next month to our menu,” said Gonzales, a five-time Big Tex Choice Awards winner.

All the fair favorites from those award-winners to the classics like funnel cake and turkey legs will be rotating onto the menu at Cocina Italiano for the next few weeks.

For years, Gonzales and his fried creations have been a fixture at the State Fair food stands. His award winners include fried butter, fried Coke, fried jambalaya and fried cookie dough.

Creating great food and recipes is a skill he has crafted since childhood. That passion continued last year when he started serving up Italian cuisine at Cocina Italiano.

“I have been working with food my entire life. My father had a restaurant and I worked with him,” Gonzales said. “I have had other jobs, but culinary always called me back.”

But the loss of the State Fair delivered a blow to nearly 80% of his annual business and brought personal sadness, as well.

“The fair means a lot to us not just business-wise, ,but personally just being out there. This would have been 18 years at the fair. It is very disappointing.”

Serving the items at his restaurant gives Gonzales a chance to hopefully recover some of the business that was lost and give fair fans a chance to get their fried fix.

Cocina Italiano also does catering and Gonzales said they have already received a lot of positive feedback from companies wanting to do fair-themed parties for employees.