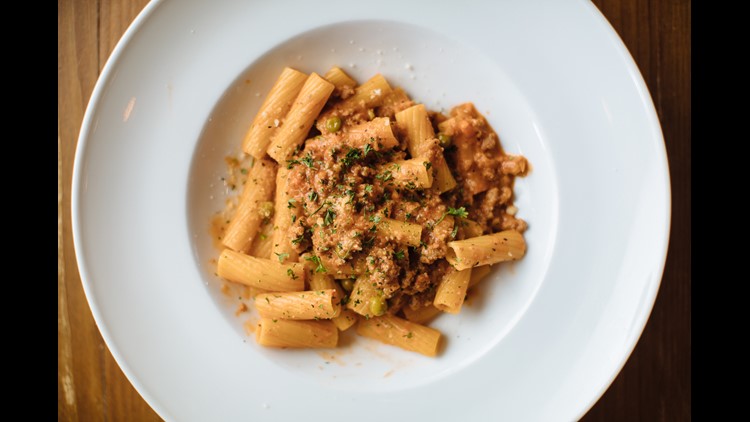 CiboDivino, an Italian market-style eatery, is slated to open a second location in downtown Dallas, expanding its brand of made-from-scratch foods.

The downtown location will feature different stations for types of food — pasta, pizza, coffee and entrees, among others — where people can buy ready-made breakfasts, lunches and dinners to either take out or eat there.

Christina Puleo, co-founder and head of Business Affairs, said the Italian restaurant was waiting to expand until they found the right space, which they found in Bryan Tower.

Related: 30 breakfast and brunch spots to try in North Texas

Located at the Sylvan Thirty development near Trinity Groves, Marketplace is a restaurant-market hybrid, while Centro will not offer a waited menu. Puleo said for Centro they wanted to tailor the brand to a higher-volume area, like downtown. She said there will be ample seating inside and outside, but the food won’t take long to prepare.

“You can stay as long as you want, but we’ve provided the environment for you to be as quick as you need,” she said.

Co-founder, chef and Christina’s husband Daniele Puleo, an Italian immigrant, handles all the food and wine for CiboDivino at both locations. He designs the menus and uses family recipes from his relatives who still live in Italy — where he and his wife visit at least twice a year.

“Daniele is food first,” Christina said. “He is everything food and wine. Every Italian recipe, every bottle of wine, he hand picks.”

The space is about 4,000 square feet — the same size as Marketplace— including the kitchen, and will have a capacity of about 100.

Related: These are Dallas’ top spots for business lunches

Christina said Centro will hire about 30 new employees, including bakers, baristas and front staff to maintain the location. She hopes Centro will open the third week of August.

Christina added part of the reason they chose Bryan Tower was because of Spire Realty, the company they worked with to obtain the space.

She said Spire provided gas for the kitchen when there wasn’t any and worked collaboratively with CiboDivino to add green turf to the patio area, which was important to the brand.

While Daniele and Christina co-founded the restaurant, they also work with Ryan Olmos, who Christina said provides a lot of food to CiboDivino from his farm. Christina stressed that CiboDivino strives to cook with all organic, non-GMO vegetables and free-range meats. Her husband’s policy is ‘buy the best quality food you can buy and do very little with it.’

They have partnerships with 44 Farms and Sun E Farms, along with Olmos Famous Organics. She said because the two locations are nearby, they might do some cooking at Marketplace to transport to Centro, such as sauces.

Christina said the three of them will all be very involved with both stores, even when the new location opens.

She added now Daniele is looking for a spot for a fine dining concept, but hasn’t settled on a place yet. She said they’re excited for Centro and are happy that they get to continue to expand.

“That’s what is so special and heartfelt to us,” Christina said. “In a city that is so big and has so many restaurants and so many opportunities, all of us are getting to do exactly what we do best and what we love the most.”