The 5,000 sq. ft. location off of I-10 will employ 175 people. It's set to open in August and serve the northwest side of Bexar County and the Boerne area, too. 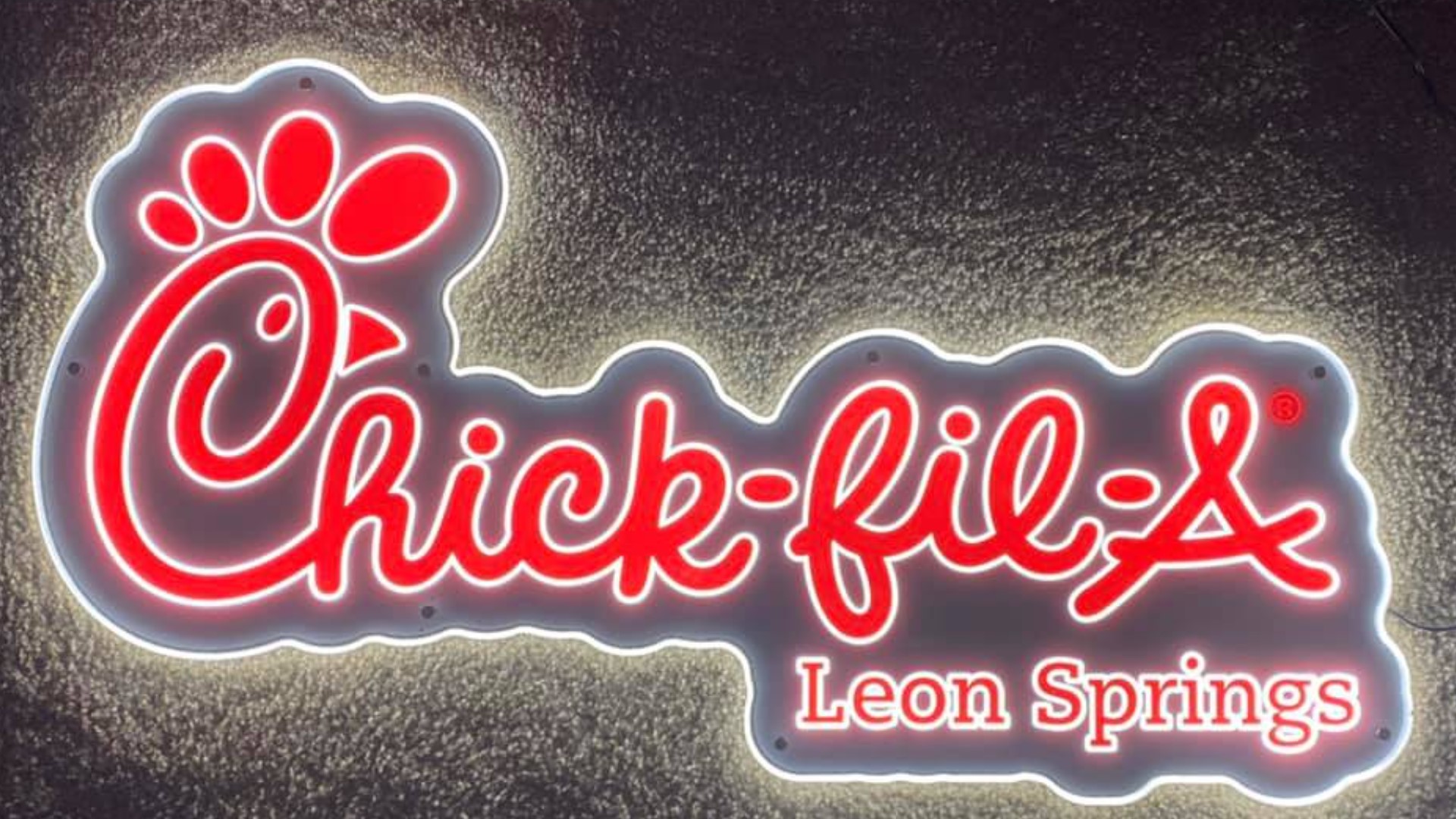 LEON SPRINGS, Texas — Chick-fil-A fans, here’s some good news for 2021. The restaurant chain will open a new location in the San Antonio area in the summer – and there are special features that are aimed at reducing wait times and making dining in a bit easier.

The Leon Springs location (north of Boerne Stage Road on the west side of I-10) next to Walmart will be almost 5,000 square feet. Joshua and Kelly Cunningham say they can’t wait for their second family-owned location to open.

“With this brand new, and still very large location, we will certainly be able to serve the high volume of guests we are anticipating with the incredible care and speed that Chick-fil-A is known for," Kelly Cunningham said.

A total of 175 positions will be available and the hiring process will most likely begin in late June, Cunningham said.

“We will definitely be updating our social media with lots of info about hiring because we will have a lot of hiring to do,” she said.

The grand opening is slated for this summer. Construction began last week. There will be seating for 112 people in the dining room and the location will offer table-side ordering.

“You can walk right in and find the table that suits you the best and someone will come take your order right from your table with an iPad – similar to the experience you have in your car in the drive-thru,” Cunningham said. “You won’t have to stand in line if you're dining in with us. We will also have mobile dine in and carry out options that allow you to order right from your phone using the Chick-fil-A One app.”

Cunningham said there will also be double drive-thru lanes with a new feature of a drive-thru door allowing orders to be fulfilled through both lanes quickly.

As for the playground area, customers can expect a new layout that Cunningham says families will find helpful.

“As a mom myself, I am thrilled to say that the bathrooms are located near the playground. So no more sprinting with your barefoot toddler across the dining room.”

The Cunninghams are both originally from San Antonio. Kelly graduated from MacArthur High School in 2003 and Joshua graduated from Clemens High School in 2004. Kelly Cunningham said getting to open their second location is a dream come true. Joshua started working for Chick-fil-A at the Forum when he was 16. Eventually after moving 13 times in 30 months to run corporate locations across the U.S., Cunningham was selected to own the Chick-fil-A at Rolling Oaks Mall.

“Joshua took it over in November 2016. And then the shooting happened in January 2017," Kelly Cunningham said. "But he kept his faith and kept working hard and it now has the highest sales/is the busiest of any mall Chick-fil-A in San Antonio.”

KENS 5 reached out to Chick-fil-A ,Inc. and they said, "It’s our pleasure to confirm we will be opening a new Chick-fil-A restaurant in Leon Springs later this year. We look forward to joining the community and to serving all of our guests delicious food in an environment of genuine hospitality."