FRISCO — This summer, Michael Harris got pulled over and got a ticket, then he went online to write a "thank you note" to the officer who issued it. 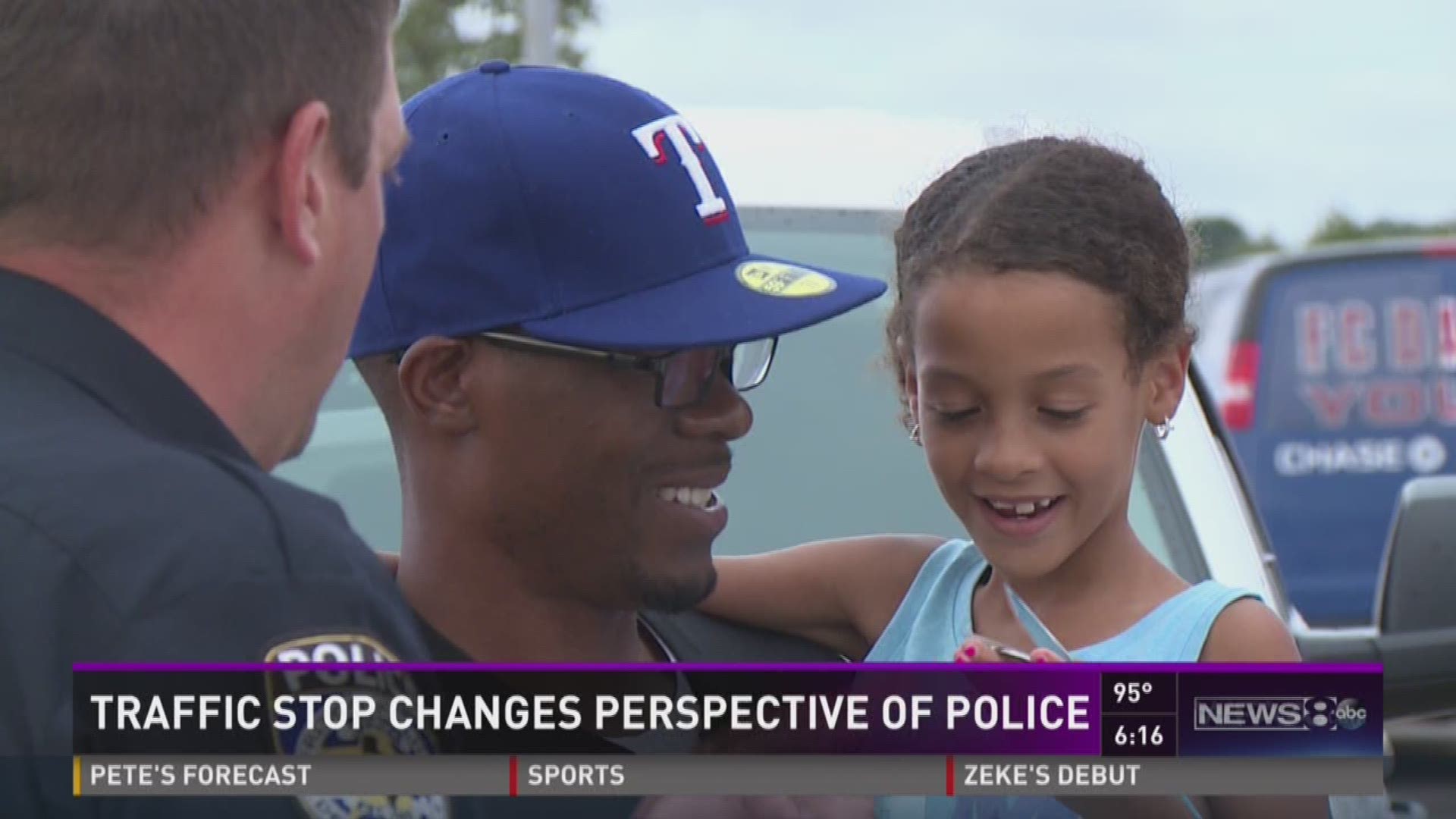 FRISCO — This summer, Michael Harris got pulled over and got a ticket, then he went online to write a "thank you note" to the officer who issued it.

"I don't post on Facebook very much but I thought this was a good story for people to know," Harris said.

Harris is a truck driver in the Dallas area and the father of two little girls. On August 10, he was pulled over in Frisco. Harris' daughter Mikylie was asleep in the front seat.

"She's seen a lot of stories on the news and one time she asked me why black people and white people are killing each other, I didn't know what to say," Harris said.

Michael Harris and his daughter, Mikylie

Harris, who is a black man, is also a conceal and carry license holder. The day he was pulled over, he showed Officer Mike Collins his registration and let him know he had a pistol on him.

"I asked if he wanted to take it but he told me that wasn't necessary," Harris said.

While the two men were calm, Harris' daughter woke up from her nap and started crying, fearful the officer would hurt her dad.

"I don't want her to feel that way about police," Harris said.

Officer Collins and Harris worked together to calm 7-year-old Mikylie. After issuing the ticket, Collins showed Mikylie his patrol car and let her play with the lights.

"It meant a lot to see him take the time," Harris said.

The simple act of kindness prompted Harris to post about it on Facebook after the fact. He said he wanted people to see black men and police officers getting along.

"It was priceless. Hearing 'Thank you for doing your job' meant so much," Collins said.

"It's a pleasure to see someone raising their children so well," he said. "It renews your hope in humanity. Mr. Harris is an excellent dad."

While Harris wasn't happy about getting a ticket, he said teaching his daughter police officers are protectors was well worth the price.