Like millions of Texans, during the winter storm the 91-year old Army veteran, former Assistant Principal Ezell Holley was without power, freezing in his own home. 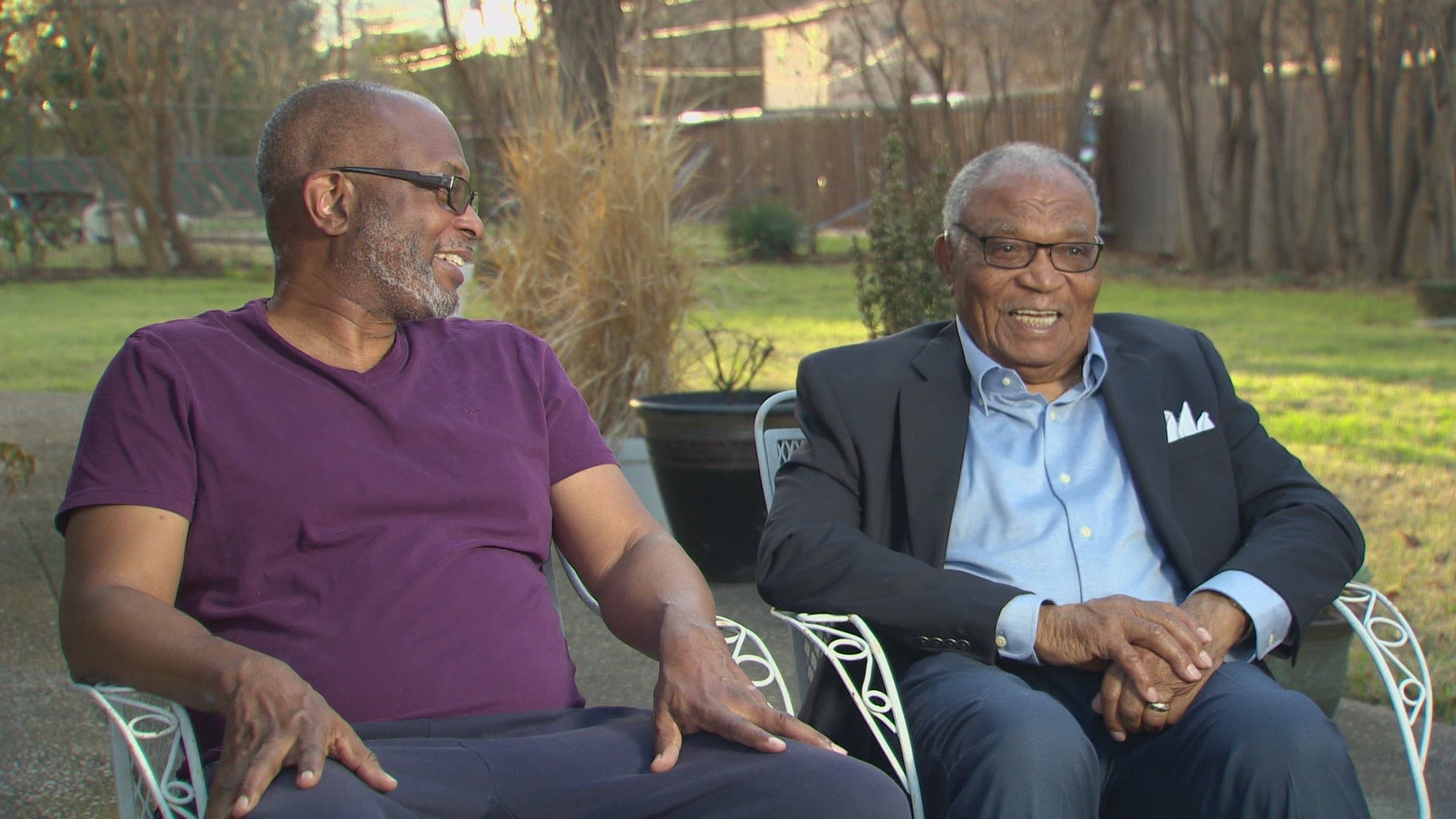 A Dallas grandpa is looking forward to a trip to Italy after his experience in the Texas winter storm. Ezell Holley was offered a free stay at the Waldorf Astoria.

Like millions of Texans, during the winter storm, the 91-year old Army veteran and former assistant principal was without power, freezing in his own home.

“I woke up to the winter storm,” Holley said. “There was no heat, no way to cook or anything like that.”

His son Glenn rushed to pick him up, but by the time they got to his house, he lost power too.

“So we tried calling hotels and they were willing to give me a room but they either had no heat or they had no room,” Glenn said.

That’s when Alex, Holley's granddaughter in Philadelphia, took over.

“At first it was like, 'You’re finally getting a taste of what we have to deal with,' and then it started to get scary,” Alex, a news anchor, said. "When I was at work doing the morning show I was calling hotels in between commercial breaks."

Ultimately she found them a hotel.

“And as soon as the show was over I called them, and my dad gave the phone to my grandpa and he goes, ‘Hey, I heard you got us a room at the Waldorf,'" Alex said with a laugh. “And I’m like the Waldorf, like what? The Waldorf?”

It wasn’t the Waldorf, it was just a cheap hotel with a room. Alex documented the experience on her Twitter.

“They were just happy to have heat. So as far as my grandpa and my family were concerned they were like, ‘Look, if it has heat, it’s as good as the Waldorf to us.'"

After the stay and the storm, Alex thought the story was over. Then she received a message on Twitter from the Waldorf Astoria.

“I think a day or two later I got a DM,” Alex said. “It had the blue check and I read it and they were like ‘Hey, we’ve seen your video, we think it’s great that your grandfather and family found a way to put a smile on people’s faces despite the situation, we’d love for you to come stay at the Waldorf. And I’m like, 'What?!' Because it wasn’t just the Waldorf. The Waldorf in Rome!”

The hotel offered help with a flight and a free stay. Now Ezell Holley hopes to head to Italy later this year.

“I never dreamed of that, that’s beyond my imagination,” Holley said.

But he still has a decision to make: the hotel says he can only bring one guest.

“Now it’s just a matter of getting there and making sure that he picks me as his plus one,” Glenn said with a laugh.

Either way, the family is grateful for a fun story out of the dangerous winter storm.

“It just makes me so happy because I think he’s just one of the greatest people in the world and I love him so much,” Alex said.