Teamwork among Southlake police officers and a citizen helped save a dog’s life after it fell through a thin sheet of ice on a pond in Southlake on Sunday. 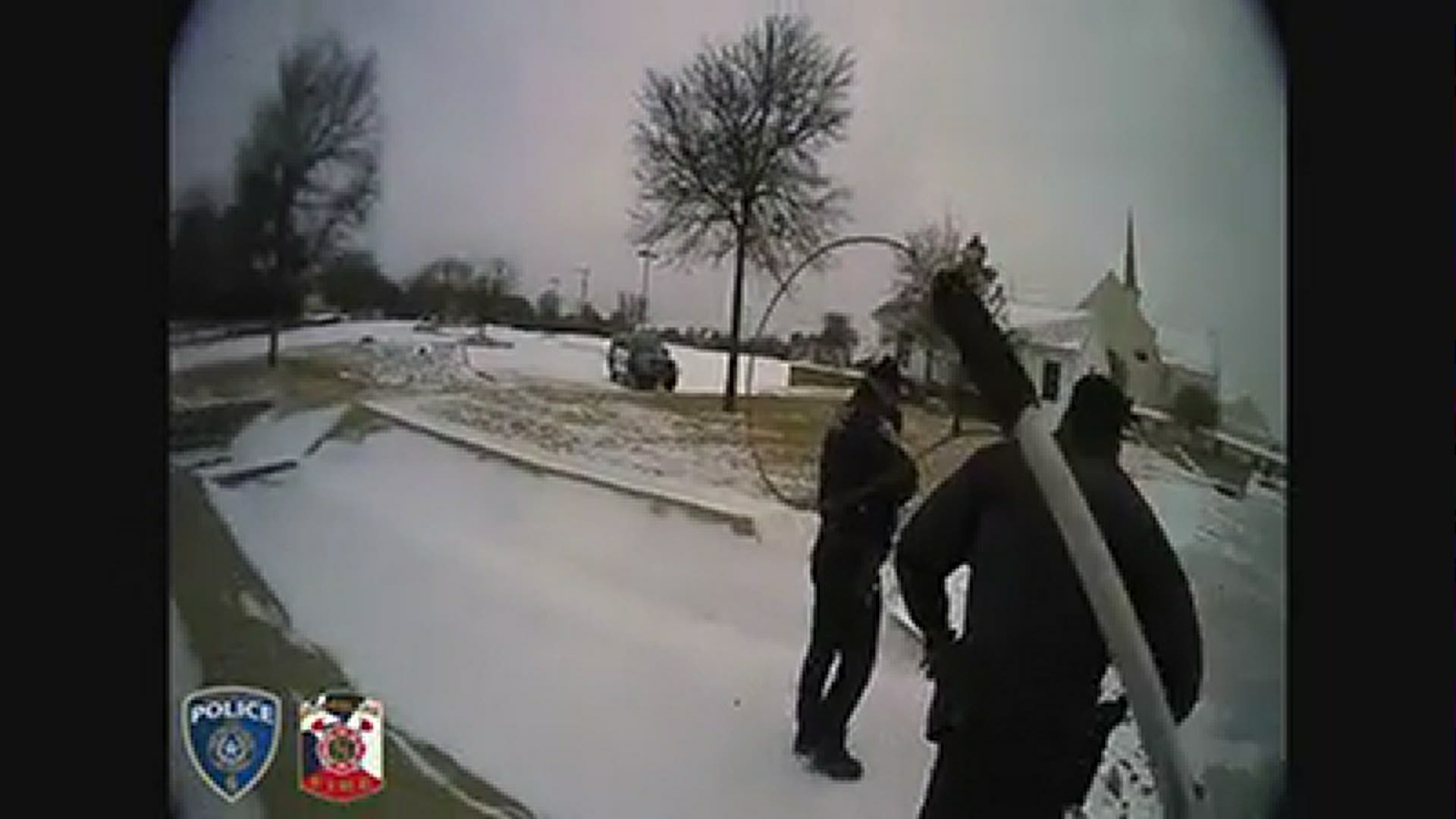 SOUTHLAKE, Texas — Teamwork helped save a dog's life on Valentine's Day after the animal got stuck in a freezing pond in Southlake.

Southlake Department of Public Safety (DPS) officers received a 911 call Sunday at about 2:38 p.m. reporting a dog had fallen through a thin layer of ice at a pond near the White Chapel Church.

When officers arrived, the dog, a black lab named Shadow, was struggling to cling to a sheet of ice with his body submerged and was yelping for help.

Officers were originally going to wait for Southlake Fire crews to arrive with their ladder to rescue Shadow, but there was no time and the officers sprung into action.

One of the officers, Sergeant Music, used a catch pole to break up the ice and started wading in towards Shadow. Meanwhile, Shadow's owner, Scott, ran home to get a pool float to use to bring Shadow from the pond back to shore.

Body camera video released by Southlake DPS on Wednesday shows Sergeant Music and Scott working together to rescue Shadow, who had even tried to swim closer to his rescuers but ultimately got stuck.

Sergeant Music and Scott were able to hoist Shadow onto the pool float and then other officers pulled them back to shore with a rope.

Luckily, Shadow was not hurt from the ordeal and is now resting comfortably, and warmly, at home.

Credit: Southlake DPS and Scott (Shadow's owner)
An image shared by Shadow's owner of him resting comfortably at home after being rescued on Feb. 14, 2021.

Southlake DPS said the incident is a reminder for people to watch over their pets the next few days as frigid temperatures continue in North Texas and many animals are not familiar with ice.