Texas' winter storms were hard on some birds. Here's what you need to know

Birds that are having the toughest time now are insect eaters, like orange warblers, yellow warblers and ruby crown kinglets. 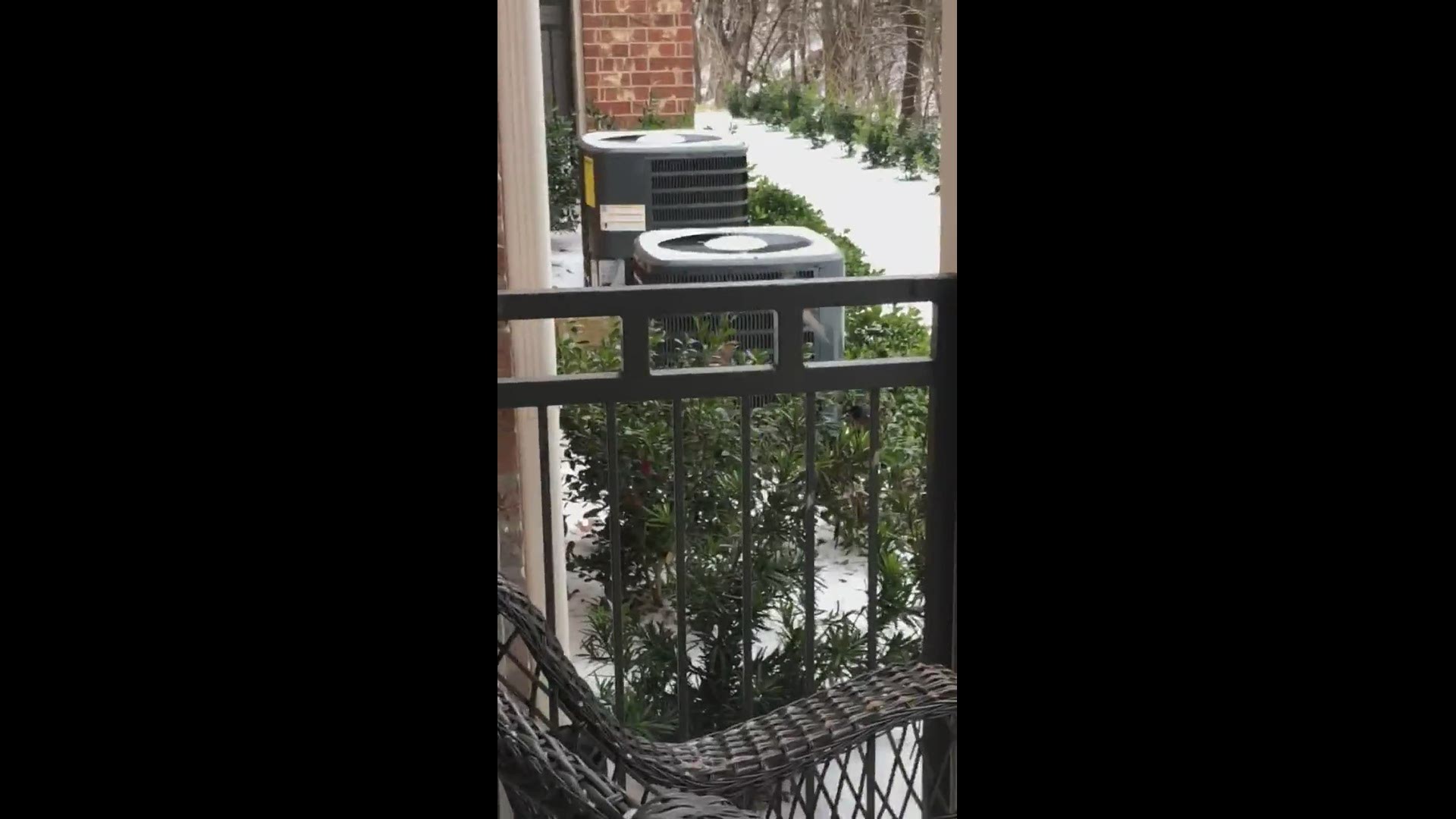 DALLAS — The historic winter weather in Texas this week affected residents across the state, but the brutal cold and snowfall also had an impact on native wildlife.

On Sunday, WFAA received many videos of birds scrambling in a flurry for food as the winter storm approached. As the snow begins to melt, there may be some birds in your yard that did not make it.

Native wildlife populations throughout the state were affected, including fish and sea turtles, the Texas Parks and Wildlife Department said Thursday.

"This is pretty harsh for birds in terms of weather," said Craig Hensley, Texas Nature Trackers Biologist with TPWD.

Mortality in birds is a normal occurrence and the majority of birds will survive and continue on, Hensley said. Birds that are having the toughest time now are insect eaters, like orange warblers, yellow warblers and ruby-crowned kinglets, Hensley said.

The bird populations will recover. Most bird species live for two years but some live for eight to nine, Hensley said.

You could consider buying birdseed for birds in your neighborhood.

A bird might hit a window or wall, fall onto the ground and become stunned. If the bird is upright, it might fly away on its own. If there are no obvious injuries, like a broken wing or blood, you can place it in a box and place it in a dark, quiet area of your house so it can rest.

Take the box outside before opening the box and see if it will fly away.

What do I do if I find a dead bird?

Be sure to use gloves to avoid any germs or bacteria.

Wrap the bird in newspaper or place it in a paper bag and place it in a garbage can that has a lid so that raccoons and other critters don't get to it.

Look for a metal band around its leg

Before disposing of the bird, check for a metal band around its leg. If it has one, save the nine-digit number written on the band.

You can take those numbers, go to Reportband.gov and you will receive a report for the bird.

This is really important for bird researchers across the country who track how long it lived and where it migrated to. You will receive this information on the bird as well.

Birds have adaptations to help them survive through the winter. Multiple species "fluff up" their feathers to trap warm air, the TPWD said.

"They have amazing adaptations to survive, but certainly some will die," Hensley said.

Birds that have fat reserves and reliable sources of nutrition are healthy. However, birds that have little fat could have a more difficult time surviving the freezing temperatures, especially if they are reliant on insects for their diet.

What can I do?

Consider putting water in your yard for birds to drink and bathe in. Birds are also relying heavily on bird feeders and seed.

If you're thinking about putting new plants in your yard, do native shrubs, wildflowers and trees. Native plants are more highly adapted to the area, which also helps bring more native insects, therefore it helps the native birds. The native fruits and seeds from those plants are valuable for the birds. 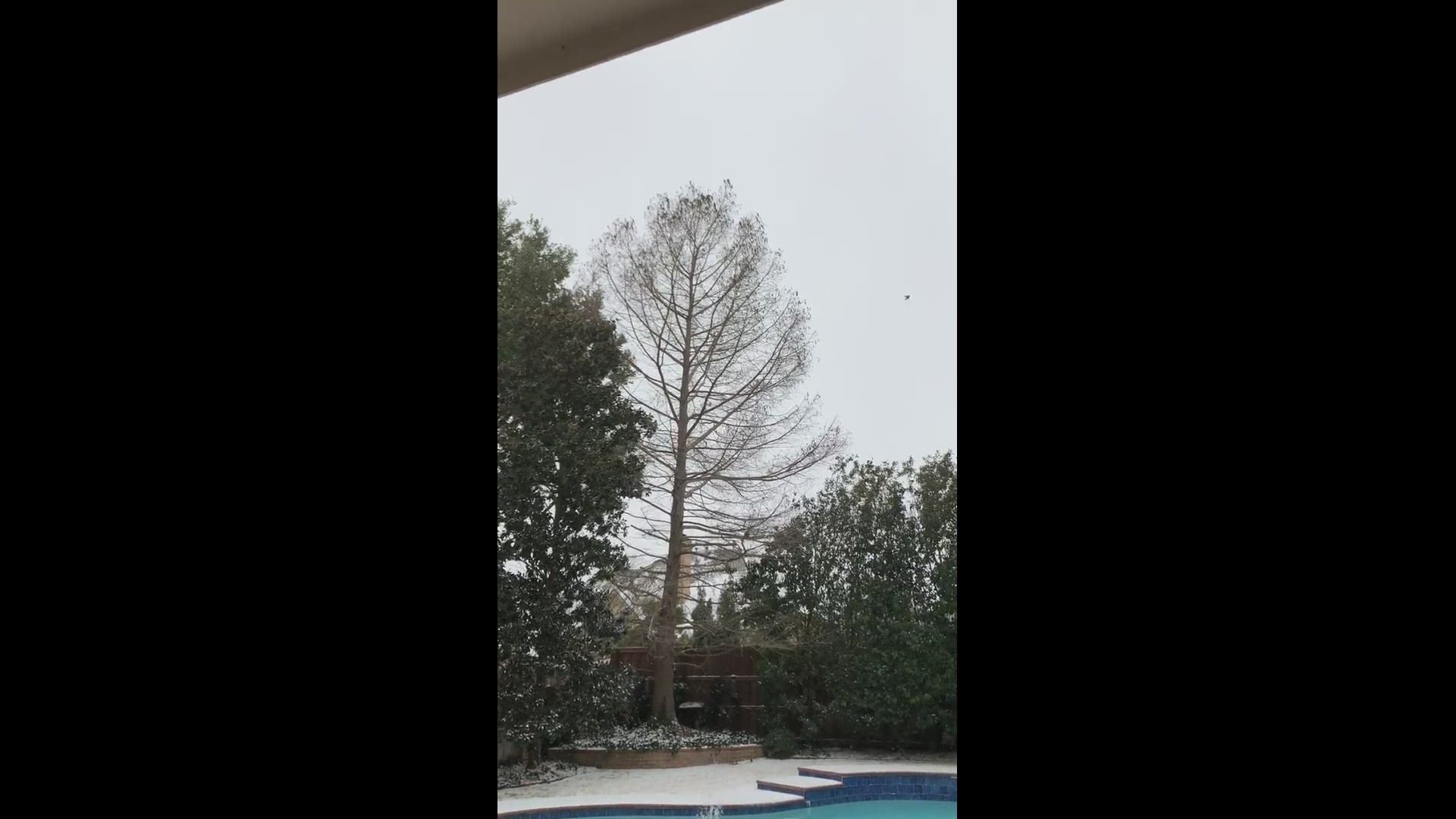