Woman who was 'Saved 4 a Purpose' receives life changing gift 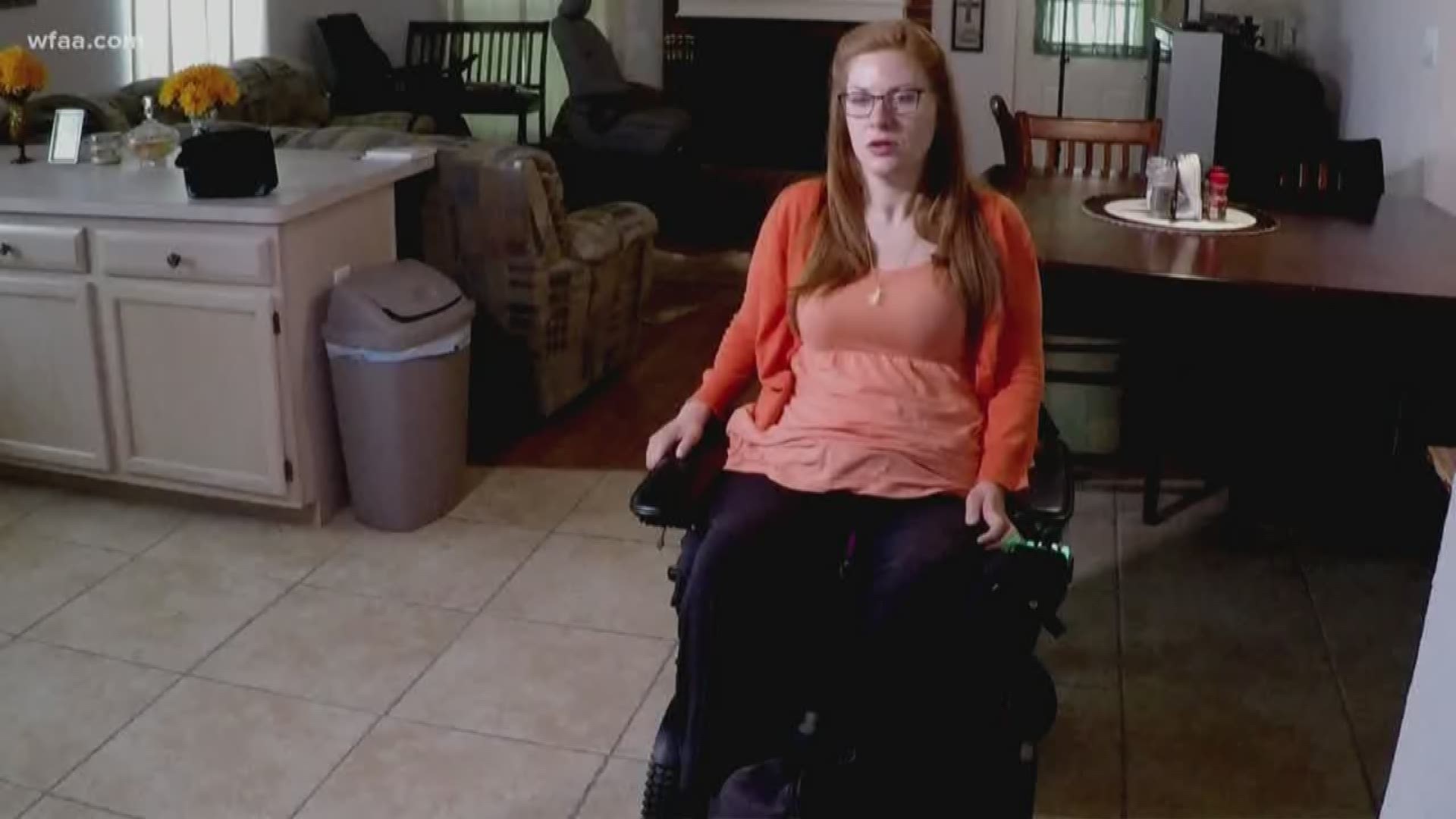 MCKINNEY, Texas — Inside a car dealership in Fort Worth is the last place 31-year-old Tonya Winchester expected to find a blessing. In fact, until recently, she didn’t even think it was possible to feel this loved.

“I never thought this day would come,” she said.

Back in 2005, after years of being bullied, Winchester felt hopeless.

“I was so hungry for affection and affirmation and someone to see that I was worth something,” she said.

That’s how, just two weeks after graduating high school, she ended up at a party.

On the way home, her friend was driving drunk, blew through a stop sign and was hit by a semi right where Winchester was sitting.

“I was instantly paralyzed,” she said.

She said it was a nightmare, but it was also the beginning of something wonderful.

“I would not be who I am today had the car crash never happened,” Winchester said.

After the accident, Winchester became a motivational speaker and is now one of the most admired people in McKinney.

Her mission, which she calls, “Saved 4 a Purpose” is to give back as much as she can.

However, because she relies on others for transportation, she can only do so much.

But a couple years ago, Winchester learned that there are vans that can be driven by people in wheelchairs. Unfortunately, those can cost as much as $80,000.

Winchester had no way of getting that kind of money. Until she found out just how much she was valued.

Through GoFundMe and fundraisers, the McKinney community raised $70,000 to get Winchester her van.

Last week, she got behind the wheel for the first time in 14 years.

By the end of the day all she could do was just sit there, fighting back tears as she thanked God for all the people who cared enough to make this possible.

“That’s all I’ve ever really wanted is to just feel loved," she said.