The manager said he's never seen such a thing in the 18 years he's worked for the company. 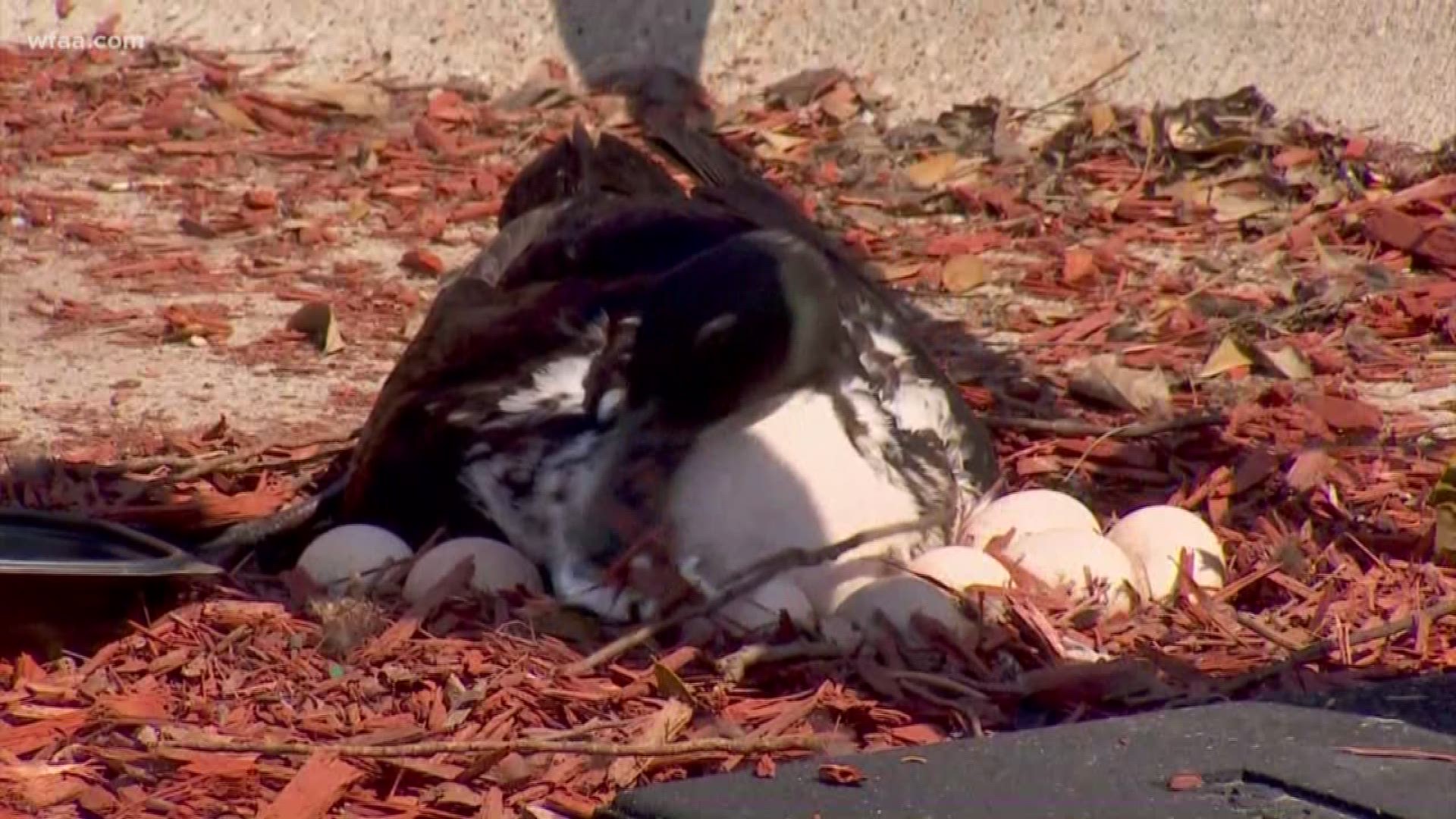 DALLAS— Employees of a Whataburger have been caring for a mother duck after it chose to nest and lay her eggs in the restaurant’s parking lot.

The manager of the Whataburger, which is located off Lemmon near Love Field Airport, said he’s never seen such a thing in the 18 years he’s worked for the company.

According to him, a mother duck showed up in the restaurant’s parking lot a few weeks ago.

He said it used some mulch in the area to make a nest for itself towards the front of the store, and laid 8 eggs.

Staff members didn’t want to disturb or move the duck while it was sitting on the eggs, so two parking cones draped with some caution tape were placed in front of the nest, so cars would see it when pulling in, the manager said.

Employees have welcomed her into the family too. They named the duck Lilly, bring her food, and refill a water bowl in front of her nest throughout the day.

“A lot of them get their food and come out to take pictures,” the manager said.

One customer, Lucile Couch, said that she couldn’t believe a duck chose to lay its eggs at a Whataburger.

But then, she provided a theory.

“She must be a Texas duck through and through,” Crouch said.

When the eggs hatch—the family will likely waddle over to nearby Bachman Lake.