It’s no wonder Patrick Swayze even wanted to take a picture with her. 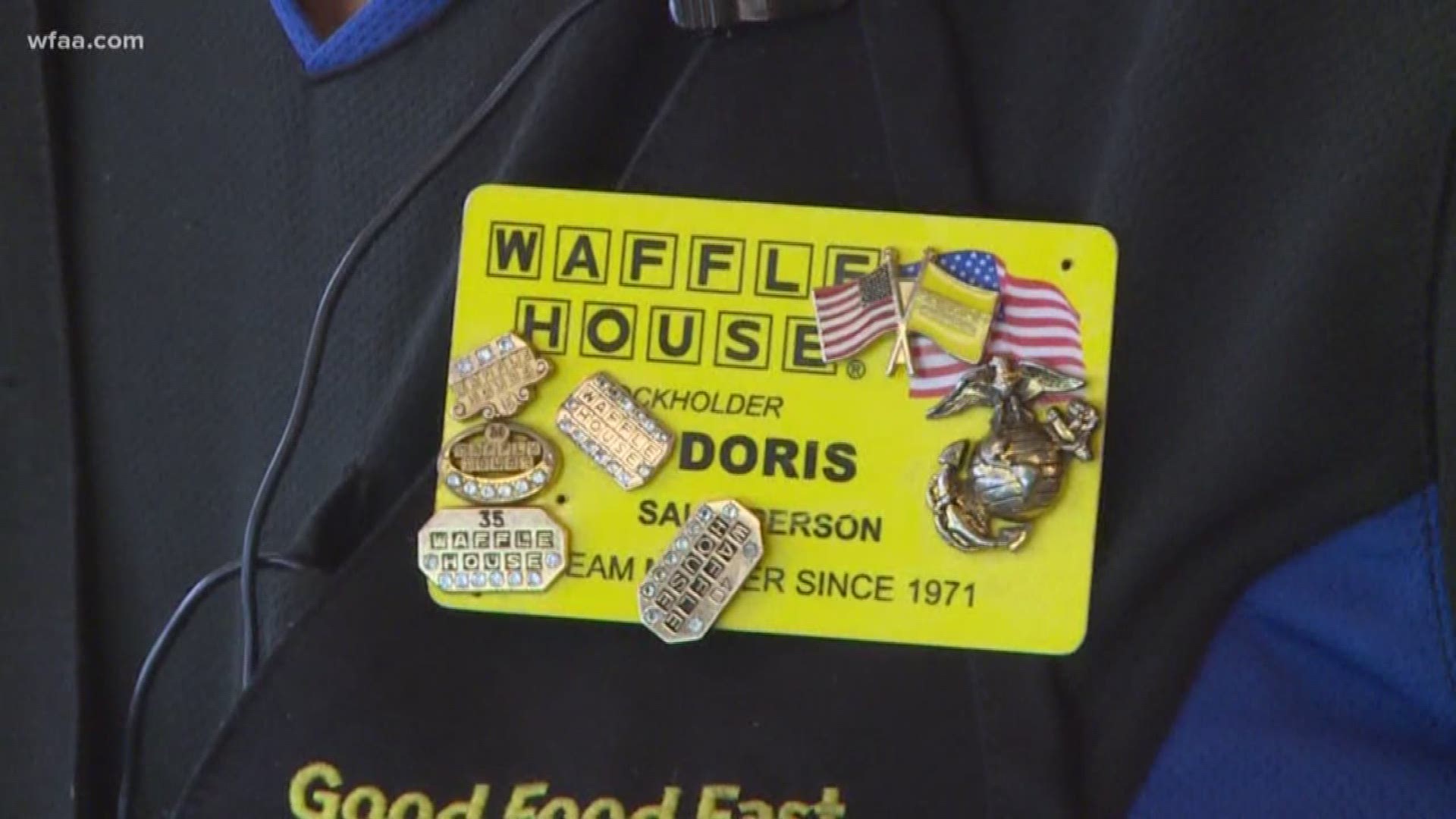 Just off U.S. Highway 75 in Richardson, inside this iconic American restaurant, Waffle House, is an American icon.

At 85, Doris Seabolt is the longest-serving Waffle House employee in America. She’s been a waitress here almost 49 years.

Ms. Doris, as she’s known at Waffle House, used to drive a truck for a living, but gave it up because she and her husband were making too much money.

“Uncle Sam was taking it all,” she said. “Because the more you make, the more he’s gonna get.”

So in 1971, she decided to stick it to Uncle Sam and got a job at Waffle House. Today, there’s not a waitress in the world who feels this rich.

That sentiment is mutual.

“I was basically Doris for Halloween one year,” said 22-year-old Elizabeth Klingler.

Klingler even got corporate to make her a nametag just like Doris.

Doris says most of her customers are like family. “Ninety-nine percent of ‘em I know by name,” she said.

They know her even better. “Yeah, she gets off at 3,” 48-year-old Derrick Dotson said with a laugh.

Dotson has been one of Ms. Doris’ regulars longer than anyone. “He’s the one I waited on when he was 7 years old,” she said.

It’s no wonder Patrick Swayze even wanted to take a picture with her.

Even on vacation in Hawai'i and Alaska, former customers knew who she was.

“My daughter said, ‘Mother, is there nowhere you can’t go that somebody don’t know Ms. Doris?’”

Obviously, Ms. Doris is a big deal. That’s why, when she tried to retire in 1995, the Waffle House CEO begged her to come back.

She may be working at Waffle House, but has clearly found a place to call home.

RELATED: Her bag was stolen. The homeless drug addict who returned it would become one of her closest friends.