"So let's really focus on the most important things here. And if it takes an extreme sports stunt to do that, and me chancing things, bring it!" 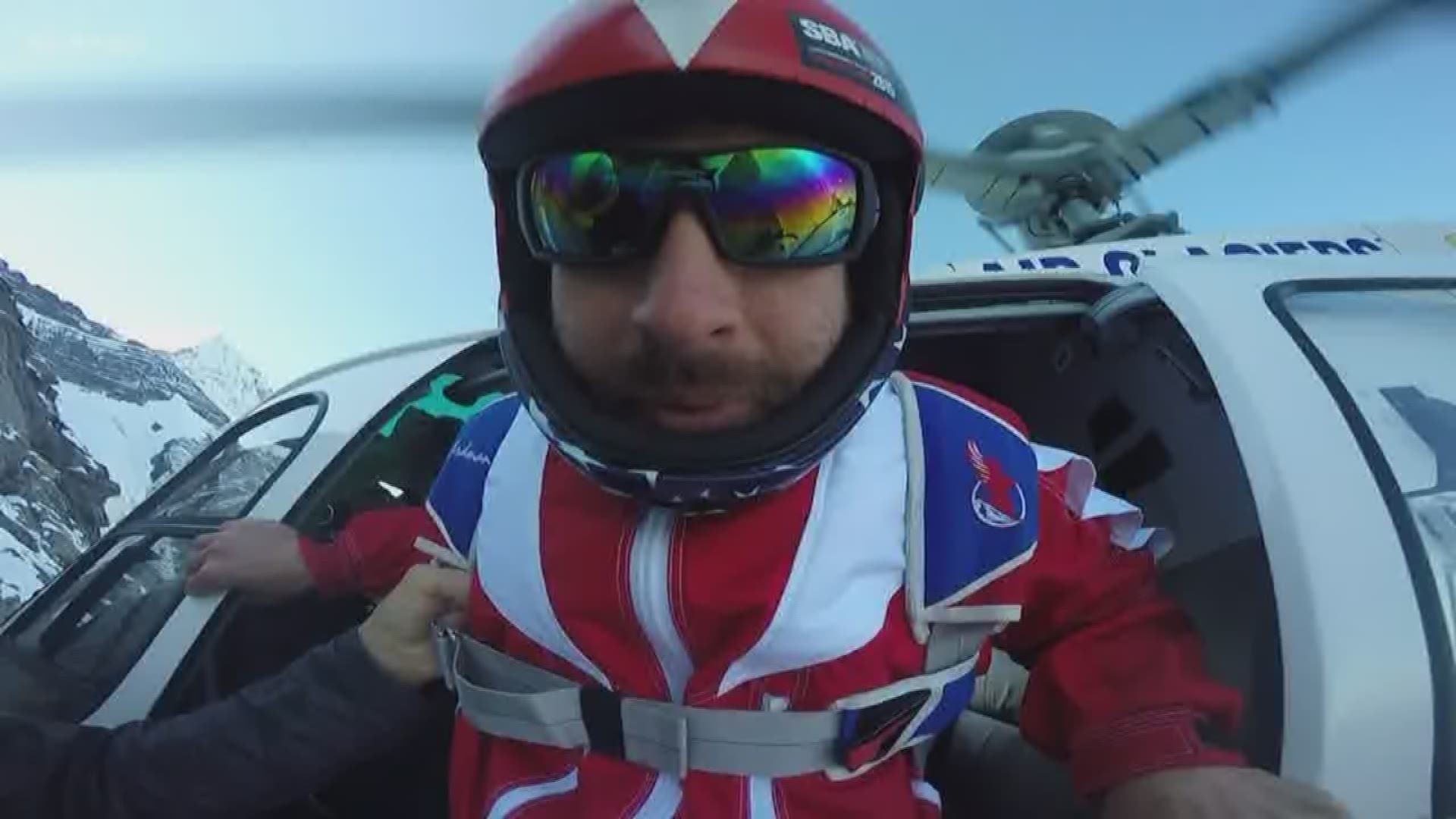 DALLAS — A Dallas-area veteran is willing to help his fellow wounded warriors any way he can — even if it means putting is life on the line again, and again....and again.

But to explain, let's start in Wimberly, Texas, south of Austin. It's a town whose slogan is "a little bit of heaven." And four hours south of Dallas, it's the heaven Omar Avila found to call his own. Heaven, for a man who's already almost been there, twice.

"Yeah I died twice," the retired Army sergeant said. "Died twice on the bed. And here I am on my third life."

The short and painful version of Omar Avila's story is Iraq, a Humvee, a roadside bomb, two fellow soldiers killed, and Omar with 75 percent of his body covered in 3rd and 4th degree burns.

Twelve years and 103 surgeries, including the amputation of his right leg below the knee: a choice he made just a few years ago when it became clear the badly damaged leg would never heal.

But Omar Avila is not one to ask for, nor dwell in, pity.

"I like to think of it as I took charge of my injuries. They didn't take charge of me."

And he got help staying in charge from an unlikely place: another veteran soaring a few thousand feet in the air.

His name is Ryan Parrott, an ex-Navy Seal who had a run-in with a roadside bomb of his own.

"A big ole fireball exploding through the Hummer's cockpit and ejecting me out of the turret, the gunner's turret into the sky," he said of his first tour in Iraq. "And that's how I got my nickname Birdman, because I went flying straight out."

From his office in north Dallas he can joke that compared to other soldiers, his injuries, his burns, were minor. But when he retired after eight years in the Navy, his experiences also helped fuel a passion to help somebody who was hurt much worse than him.

But an effort like this needs to raise money. Which is why the Birdman is so often in flight.

He's jumped from airplanes, from a crane in the outfield of a baseball field in Frisco, rappelled with a canine companion from football stadiums and hockey arenas. And on a training trip to Switzerland, he even took flight tandem paragliding, only to unbuckle himself from the harness thousands of feet in the air so he could jump off and parachute to the ground more quickly on his own.

"I got really into extreme sports and I love the adrenaline of it. I love the theories being tested. I love all the work that goes into doing them."

But in creating his second non-profit "The Birds Eye View Project," he started jumping for a reason: stunts and events that raise money and awareness for veterans and the charities helping put their lives back together.

"What if we were to do something on such a monumental scale, that was an extreme sports, live stunt, or some type of thing like that. But instead of saying it's for me, it's for them. It's for these charities and here's who we're doing it for."

Like standing at the edge of the Eiger in Switzerland and taking one very big leap of faith.

"It scared the crap out of me," he said of the BASE jump. "But I would do it again in a heartbeat."

"I find it very crazy," his friend Avila laughed. "But I love watching him you know."

Parrott's fundraising helped Avila with some of his medical treatments, giving him a private flight to a specialist in Florida for one of his many surgeries. And today, a man whose Army buddies deviously nicknamed "Crispy", is a social media sensation of his own: a record-setting power lifter, a product spokesman, an avid hunter, and a motivational speaker.

"I found the calling that I was looking for," Avila said. "I found a way to continue to serve my country, not in a uniform, but now in a different way."

So has a daredevil Navy SEAL who says he has a million dollar fundraising live TV stunt in the planning stages. He just can't reveal the details yet. But he says it will be big. It will be dangerous. And it will have purpose.

"Man, he's everything that you want in a person that's running a non-profit to be," Avila said.

"So let's really focus on the most important things here," Parrott said. "And if it takes an extreme sports stunt to do that, and me chancing things, bring it!"

And so he will, all the while asking you to keep your eyes to sky and your heart and your wallet open for the next veteran who needs your help.

Watch more WFAA Originals in the playlist below.