#UpWithHer: How one Texan woman's battle with breast cancer is serving as inspiration for her art 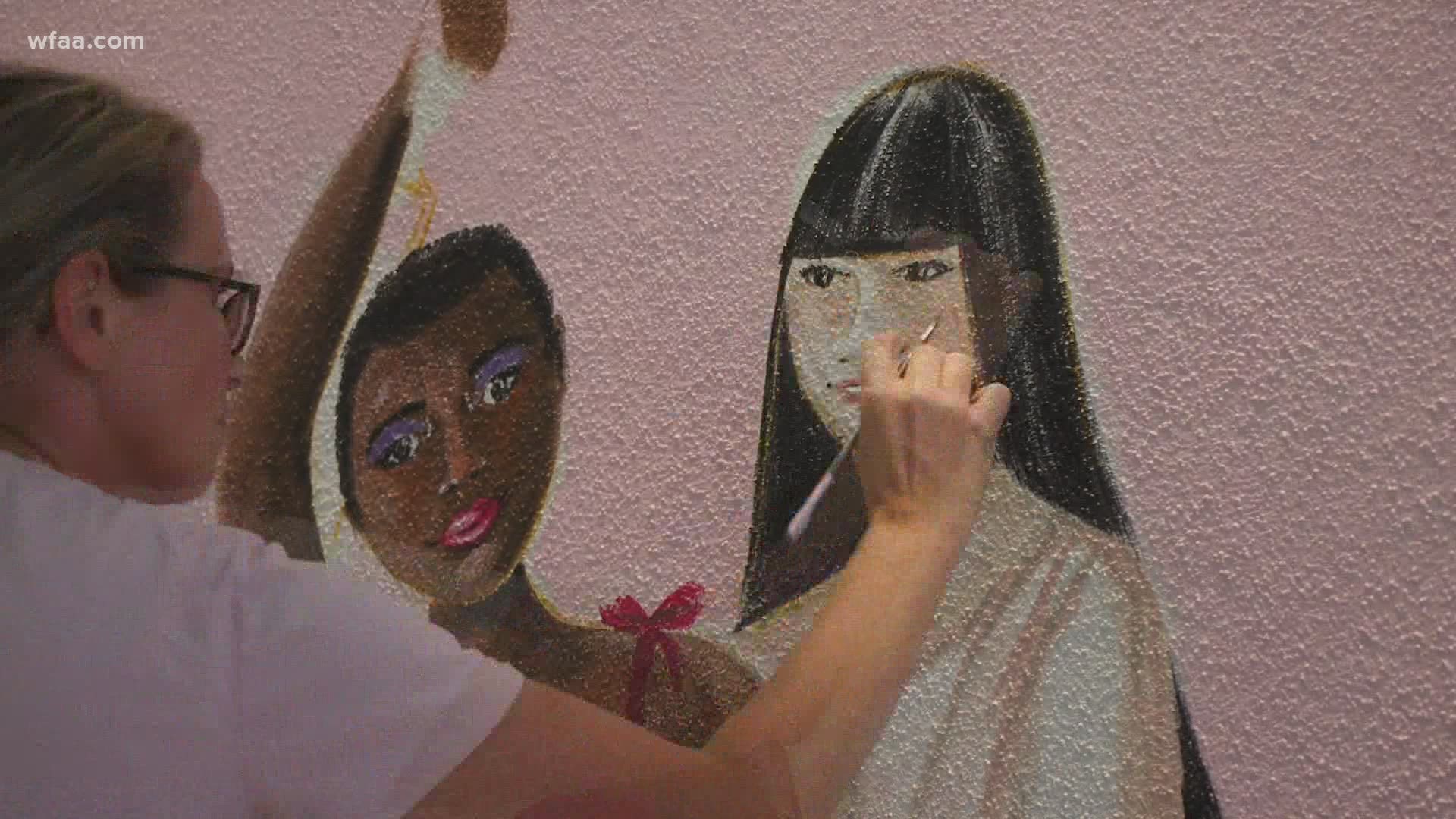 Marnie Vollenhals, a breast cancer survivor; is a North Texas artist who just received a big honor. She was chosen to paint a mural commissioned by jewelry-maven Kendra Scott outside her flagship retail store in Austin.

And her vision centers around her support team.

"It’s definitely emotional, it brings back all of the memories of what I went through," Vollenhals said. "I came up with a drawing, I told them I needed a couple of days and they approved it right away."

"I feel like it’s being unveiled everyday now, a lot of people are walking by and loving it," she said of the painting process.

She’s been painting murals for more than 20 years and has completed around 100, but this piece is more personal.

"This is my first breast cancer mural. I wanted everyone to feel like they were a part of the wall," she explained.

Because the disease has touched so many, Vollenhals said she wants her mural to highlight her support network.

"I call it 'my team,' whether it be your family, friends or coworkers. Everyone who gathers around you during this experience. I just had so much support," she said.

In fact, her husband is the person who pushes annual exams. And a routine mammogram in 2016 detected what turned out to be Stage 2 Triple Negative Breast Cancer.

"I went through 22 rounds of chemo first, I had a surgery in May of 2017, I had to do radiation for three weeks and then I had to have another final surgery," Vollenhals said.

She tells women to listen to your body, recognize your limits and step back.

"My family was there to help me; my friends were and my family– they saw me go through it. I would be terribly sick one week," she explained.

During her “good” weeks, she would return to painting.

"I think about cancer every day, not in a bad way, but because I went through it. I try to help women now who call me and want to know what to expect."

While treatment was grueling, Vollenhals wants to focus on the people who made it bearable.

"It’s about getting dressed up and being with your girlfriends because when you’re going through cancer, you don’t feel well and you’ve lost your hair and you want to get dressed up and feel normal," she explained.

And she hopes this part of her story will serve as a visual reminder to reach out because we’re all a part of someone’s support team.

Kendra Scott has raised nearly $600,000 for the Breast Cancer Research Foundation. Each October she launces a new ‘Shop for Good’ jewelry collection, with proceeds benefitting the foundation.