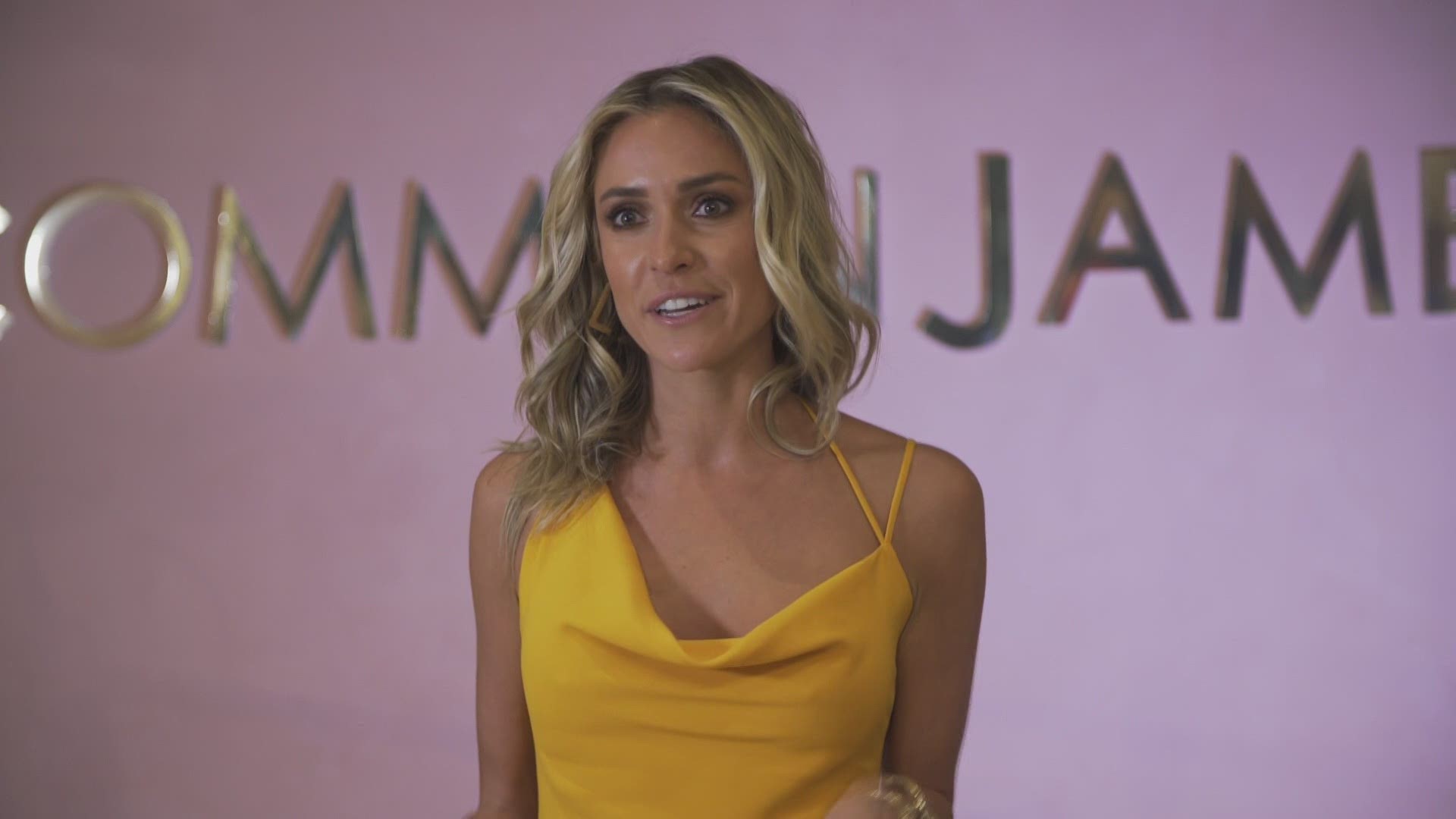 DALLAS — Many of us grew up watching Laguna Beach on MTV featuring Kristin Cavallari. But outside reality TV, she’s found success as an entrepreneur.

"I hope when people walk into Uncommon James they just feel at home. That they feel like they’re walking into a girlfriend’s house," said Cavallari.

The vibe is a lot like Cavallari. And for a woman who still finds herself on the cover of magazines, she’s surprisingly candid.

"When your life is public, especially at 17, I’ve had people criticize me all the time. And you develop a very thick skin and I think that has helped me as a business owner. All the 'no’s and you can’t do that,' it’s all noise to me," she said. "I’m so used to it so, in that sense, I’ve learned to follow my gut, trust my intuition and I’m good at making happen whatever I want."

"If you are going to launch a business you have to have a very real conversation with yourself. If you’re ready to have it be 24/7 because the first year of Uncommon James was out of a room in my house, I had a couple of girls working for me, it was fun. It was a nice hobby! But we exploded overnight, and it was all-encompassing," said Cavallari.

Thanks in part to her hit reality show Very Cavallari on E! The show is over and real-life marches on. "I approve everything, but I’ve learned over the years to hand over certain tasks to people who do a better job than me," she said.

Cavallari felt like she was teetering on the edge of burnout. It took hard work and habit changes to bring herself back. "A big thing that I’ve had to learn in these last two years is to delegate and how I only know so much when it comes to retail."

She focuses on design and marketing.

"I have a leadership team that’s phenomenal and they have taken on a lot of those logistical things that just don’t get me going in the morning. Believe it or not," said Cavallari.

Cavallari even went a step further.

"I hired a recruiting company to come in and help me find some leaders in my company because I just wasn’t having good luck. I don’t know what I’m doing, I’m learning as I go. So, the interview process was something very new for me and at first, I didn’t ask the right questions, I think I’ve gotten a lot better at it," said Cavallari.

Can’t afford a recruiting company? Reach out to a friend in HR for advice.

"This is my life; I love Uncommon James. It’s not like it stops at 5 p.m. well, that’s not actually true. It does when I have my kids. It does stop well; I try not to be on email even after my kids go to bed anymore. I’ve learned how to have better balance," said Cavallari.

Balance does not mean boring. Cavallari encourages women to push the envelope and not to water down their brand.

"I’ve always told my team, I’m not afraid to piss some people off. If you’re too safe and too squeaky clean, at least for me and my brand. I don’t think we’re doing it right then. I don’t want to be boring, let’s live on the edge a little bit and spice things up," she said.

Uncommon James is in Deep Ellum off Main Street.