#UpWithHer: How a lifelong friendship fueled the launch of luxury bag business

Sasha Spivey and Stacey George's unique designer brand’s claim to fame is bringing back the briefcase. Their "business bags" are made especially for women. 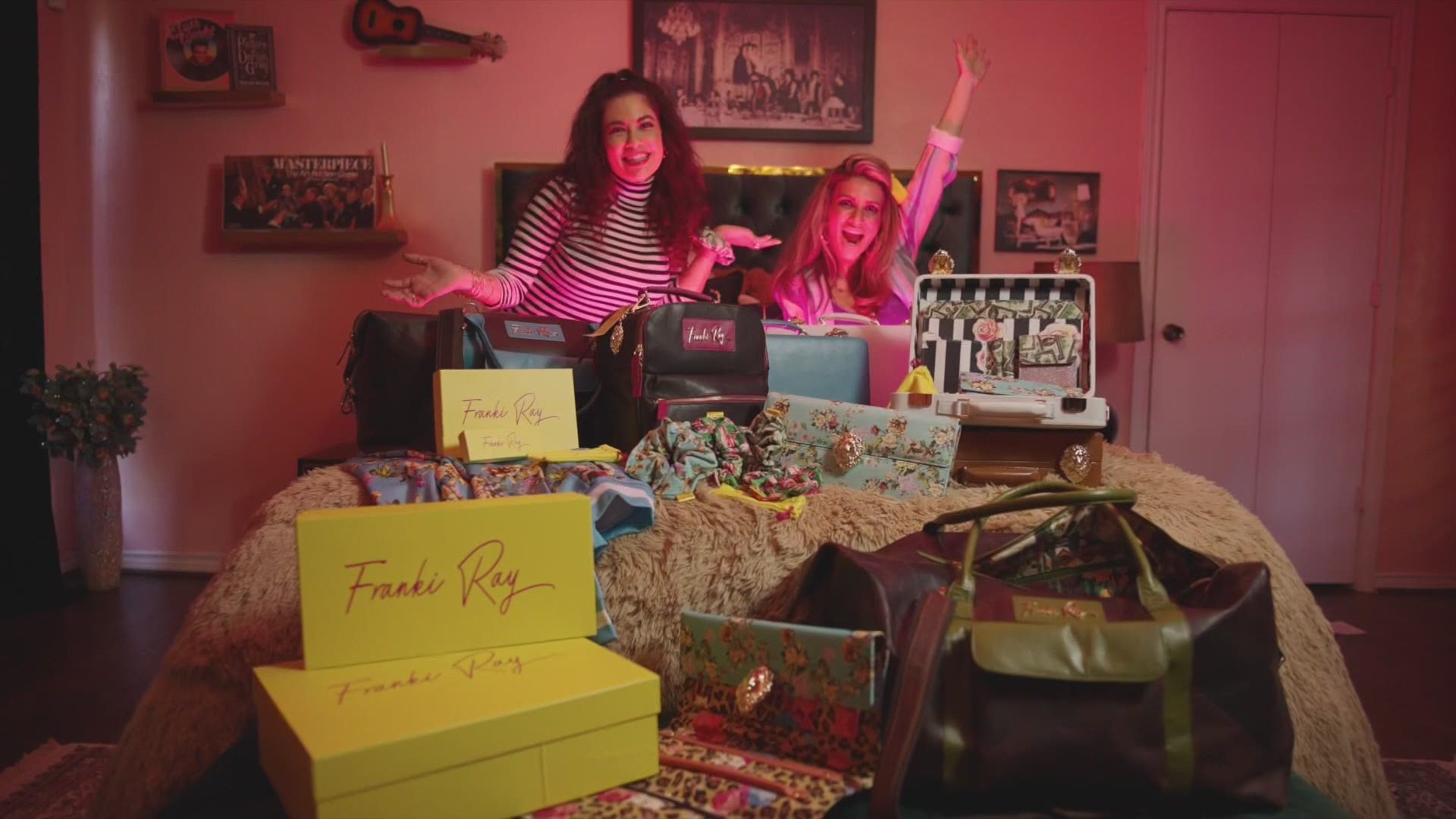 DALLAS — It took two Dallas women three years to launch their brand, Franki Ray. The rollout also happened to fall right at the start of the pandemic.

But perseverance and friendship helped Sasha Spivey and Stacey George succeed in their business.

"When you have a really good idea is when a bunch of people tell you, 'A. That’s dumb or B. That doesn’t exist.' Well, we had A and B," said Spivey.

Self-deprecating is one way to describe Spivey and George. The entrepreneurs have a modest approach to creating a luxury brand.

They've been best buds since elementary school and working together was never a part of their plans.

"She was in all AP classes, I was just trying to pass so we didn’t think there would be a way we would ever have the same job," said George.

"We bring so many different aspects to the table so it’s a really wonderful way to find balance," said Spivey.

Their unique designer brand’s claim to fame is bringing back the briefcase. Their "business bags" are made for women.

"We started out with a not-so-great idea. It was an actual epiphany, a moment that we remember having," said George.

"Instead of having 'Hello at Franki Ray' or 'info at FrankiRay.com' like our basic intro emails, we’re like hmm, what about briefcase at Franki Ray? That’s for business and then we're like, Woah! OK! That’s what we’re making!" said Spivey.

And a quick Google search revealed no cute briefcases.

George and Spivey created a prototype and then set out to find materials and a manufacturer, they had to generate it all.

"You just can’t be bashful, you just got to ask, the worst they can say is no," said Spivey.

If you’re creating something new, George and Spivey suggest making your brand message clear and consistent.

"Because we are new it does take work to recalibrate people’s perspective and their opinions of things," said George.

She added that delegating is crucial to progress. "We have friends that help us, we barter with them all of the time."

Because you can’t do it all, never underestimate the power of a community.

"Thank goodness for person ‘X’ who helped me out and it makes you want to pay it forward. And I think that’s a big part of an entrepreneurial community, regardless of gender," said Spivey.

"You are building something, and it is worth it. We wanted our life to be together and be something fun and if it’s not already there you have to do it yourself," said George.

And that’s what makes Franki Ray special, it’s a physical representation of their friendship.

George and Spivey also suggest listening to a lot of podcasts focusing on business, marketing, and entrepreneurs.

In fact, that’s how they connected with Daybreak Anchor Kara Sewell, they listened to her interview with Leah Frazier on her podcast, PR Yourself.