"We say that our mission as a company is to eternalize remarkable people," Eterneva co-founder Adelle Archer said. 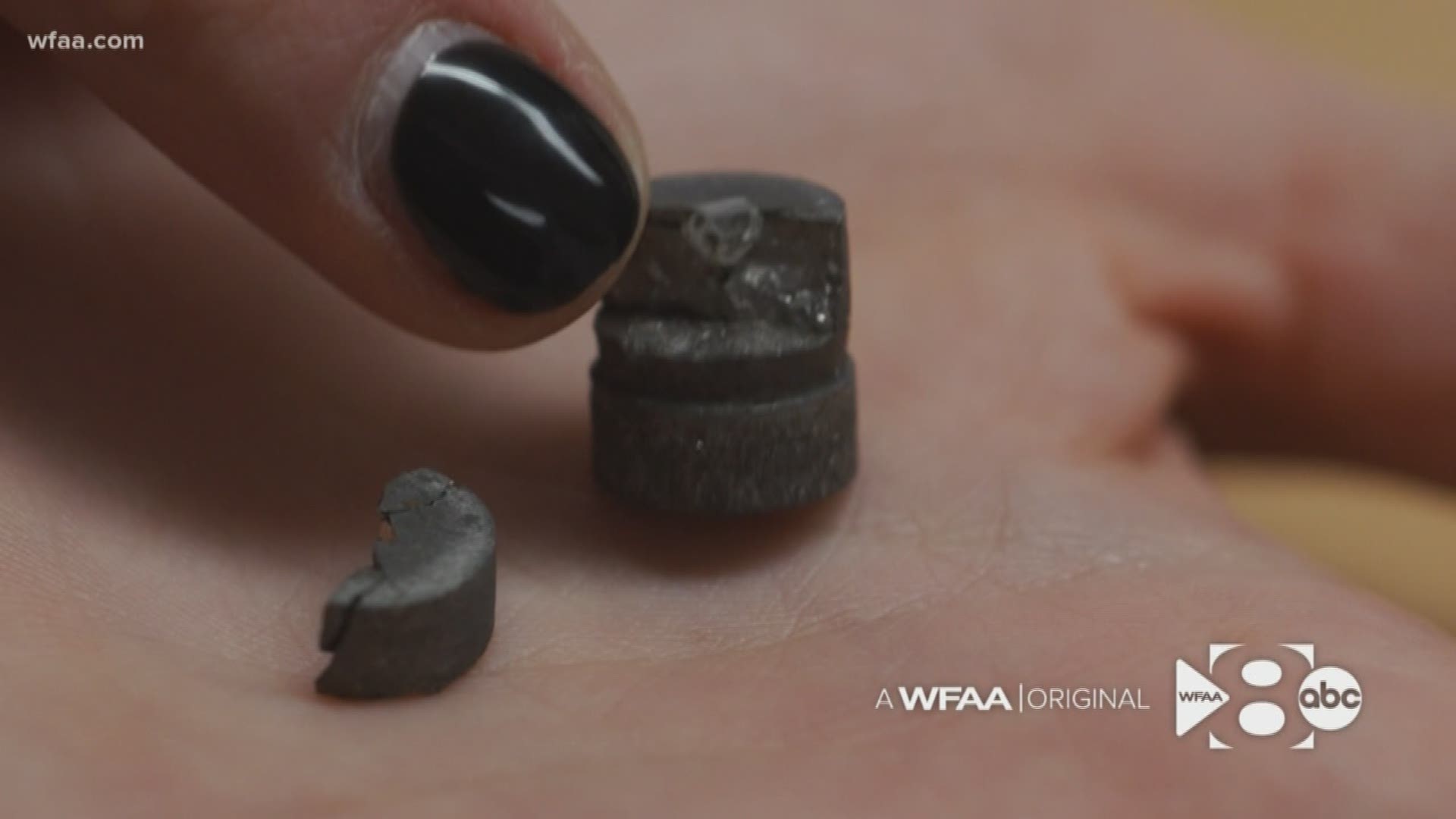 AUSTIN, Texas — Just weeks before his death in November of last year, Florian Oger sat in his Austin living room talking with his family about his final wishes, one of which was to become a diamond — literally. And thanks to an Austin company, that wish will soon come true.

"He was funny, he was witty,” his wife Renee Rouleau told us as we sat in that same living room where Oger lost his battle with bile duct cancer. The entrepreneur, avid race car buff and restaurateur was her partner for 22 years.

"We always said he was the most interesting man in the world."

But a sudden diagnosis would take him from this world. His bile duct cancer diagnosis discovered when it was already too late.

"He was diagnosed here in Austin and they gave him six months to live,” Rouleau said. "He ended up dying three days shy of the six-month mark."

“He was 59. He passed away about eight days before his 60th birthday."

But in that living room before his death, Oger wanted to talk about one final new idea.

"A company that does diamonds,” he said in a conversation recorded on a cell phone camera. “Real diamonds."

He was talking about a company called Eterneva, where in a small office space south of Austin they keep photos of their deceased clients, including Florian, attached to Christmas lights on an office wall.

"We say that our mission as a company is to eternalize remarkable people," Eterneva co-founder Adelle Archer said. "And so, it's very important to us that everybody at the company knows the amazing stories of all these individuals."

Amazing stories, remarkable people, remembered in the most remarkable of ways.

"We start with purifying their ashes. So, we take it from ashes and then we turn it into carbon,” Archer said.

Yes, she said ashes. A half cup of ashes to be exact, gathered in a personalized box and sent by courier to a company in Europe. Over the course of several months the human ashes are turned to carbon and subjected to tremendous pressure in specially-designed machines to become a lab-grown diamond, which is then cut and polished and set in a ring or a necklace of the family’s choosing.

"We're a part of keeping their legacy alive and ensuring they continue to be talked about,” Archer said.

Archer started the company after the death of a close personal friend.

"And so I was just really on a quest of what could I do for Tracy that was really special and significant for somebody like her. Tracy was actually one of our first diamonds that we grew. So, that's her black diamond,” she said pointing to a ring on her finger.

"When I'm just working on a daily basis I feel like her sparkle catches my eye. And I just get to have a moment with her."

Archer also wears a yellow diamond on a chain around her neck. It was created from the ashes of her late grandmother.

"It's bright, it's beautiful and you do feel connected."

It takes eight months to make a diamond from human ashes. Rouleau is still waiting for Florian's diamond, and a piece of her heart, to come home.

"We want to keep him close to our heart and with him and never forget how special he was,” she said of her late husband Florian. “I know I'm going to find a lot more comfort when I get the diamond back."

And in the living room they once shared, a copper wire on a painted mural traces the routes of the motorcycle adventures they took across the United States together. When her diamond arrives, and she wears it around her neck, the adventures will begin again.

"This was his request,” Rouleau said. “He said, 'Take me on your adventures with you.'

"Florian was my guiding light in so many ways. And I want to put him on a necklace and he'll be right here as I'm navigating this life without him.

"We just feel like we're going to have him back again. And there's a lot of comfort in that. Because we miss him. We miss him."

In that last video of Oger, it was Rouleau who was asking him why he was choosing a diamond.

Eternally shining bright, just like the most interesting man in the world should do.