The women said there is already a special bond between the spouses of first responders, but the bond of pregnancy and motherhood is bringing these seven women even closer. 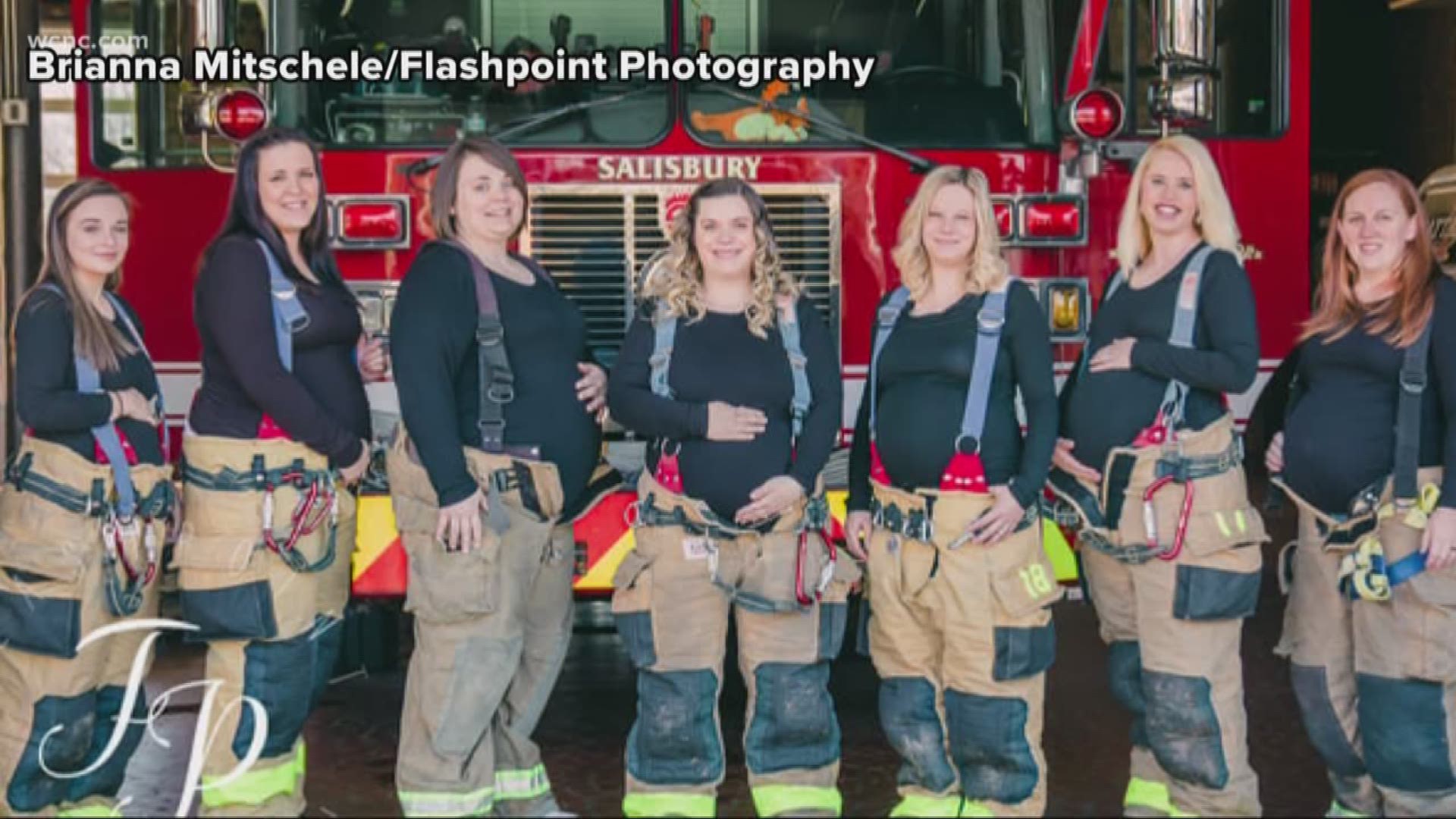 Seven wives of firefighters in the department are all pregnant at the same time.

The expectant mothers said they didn’t plan to all have babies around the same time, and haven’t found a solid reason behind the pregnancy push.

"It could have been the husbands that planned it,” said Crystal Carter, who is eight and a half months pregnant with a little girl.

Kaylen Renfrow, who is due May 13 with a boy, joked it's because the husbands spend too much time together.

"Definitely do not take the water when they offer it,” said Brittany Summers, due in June with a baby girl.

The women said there is already a special bond between the spouses of first responders, but the bond of pregnancy and motherhood is bringing these seven women even closer.

“Oh, it’s great,” Renfrow said. “We can text each other or message each other and ask questions and talk about the things that people don’t really talk about with pregnancy.”

Among the seven, the women are expecting five girls and two boys. The soon-to-be mothers are already dreaming about their kids growing up together.

“We joke and say the boys have the pick of the litter,” Renfrow added.

The women said some of the pregnancies were planned, while others had more difficulties. Amber Overcash, who isn’t due until August, said her pregnancy came as a welcome surprise.

Brianna Mitschele, who is a former firefighter with the department and now a photographer with Flashpoint Photography, heard about the number of wives pregnant and coordinated a photoshoot with all seven.

Mitschele even gifted each expectant mother with a onesie, decorated with the number where the babies’ dads work and their last name.

“I just hope they love the fire department as much as I do,” Mitschele said. “I mean, it’s a great place to be and a great family.”

It’s that family the seven women are now relying on to get through a tough nine months and through the challenges of raising a child.

"Our kids are going to get to grow up together, and that's all I wanted,” Carter said.

Once all of the seven little ones are born, there will be a total of nine new little firefighters born within the department since October 2018.