Rainbow: A tiny Texas town and its hidden pot of gold

This small community has a tall tale about buried treasure. 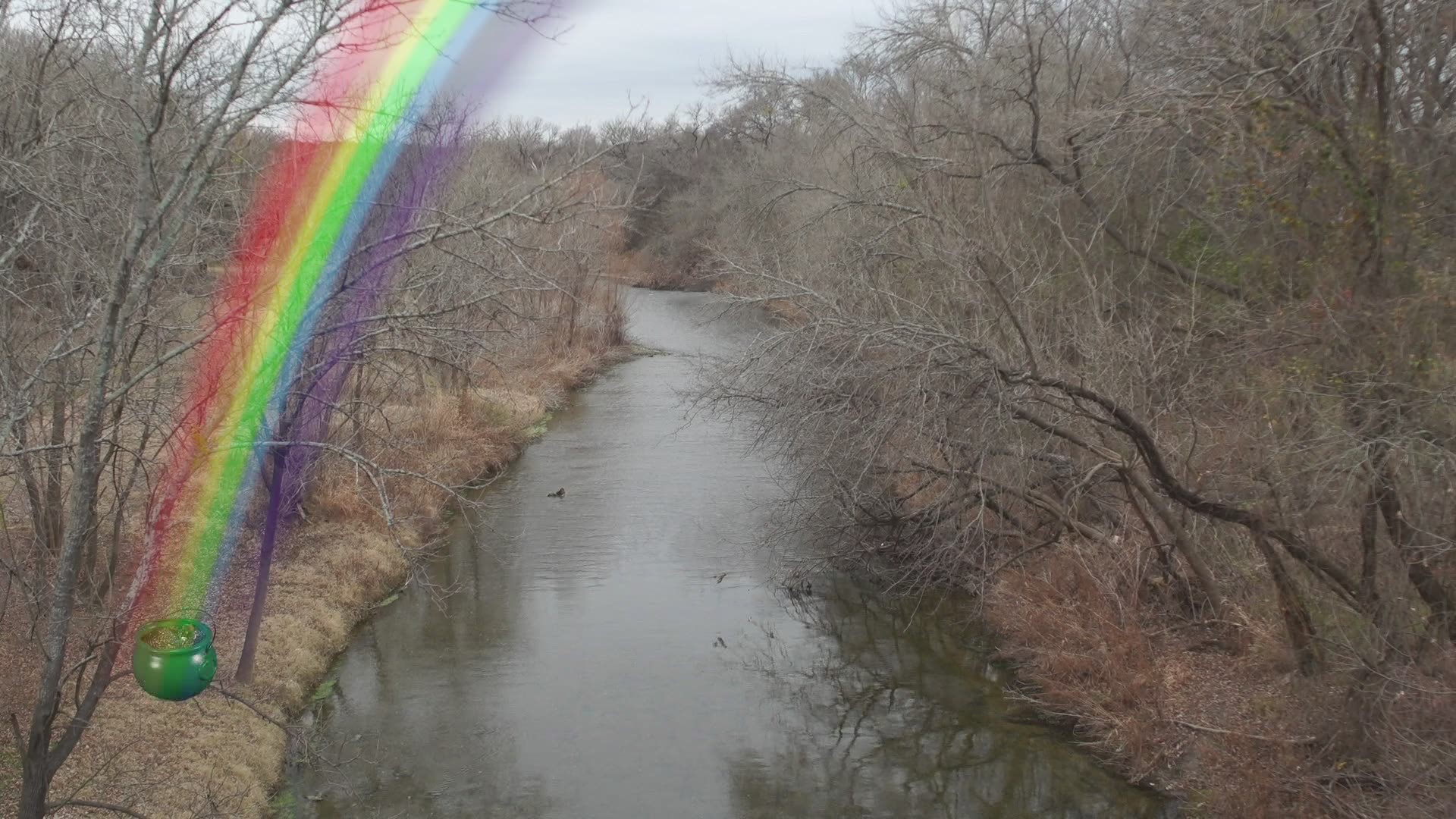 Over the past two years, we’ve visited nearly 20 of Texas’ weirdest named towns. From Ding Dong to Zipperlandville, the Lone Star State has some of the strangest named towns anywhere, but it’s also home to one of the most colorful, Rainbow.

Supposedly, it’s impossible to reach the end of a rainbow, but we’ve been there.

That’s because where the town of Rainbow ends, Nemo begins.

We came to the small community of Nemo two years ago to talk about its weird name, and that’s where we met local historian Ken Fry.

Fry lives in Nemo, which is just down the road from Rainbow. His home is right in the heart of these towns with weird names.

So how did Rainbow get its name?

Back in the 1890s, before it had a name, folks got their first post office, but didn’t know what to call it.

“They got a committee together to decide on a name,” Fry said.

While they were meeting, a thunderstorm rolled through and when the skies cleared, they saw the most beautiful rainbow.

“And it suddenly dawned on them, ‘Let’s call it Rainbow,’” Fry said.

From then on, the town was known as Rainbow, and, like any good rainbow, this one had treasure.

“Yes, there is a legend of a pot of gold at the end of this rainbow in Rainbow,” Fry said.

Long before the town became Rainbow, a Native American chief somehow ended up with a bunch of gold Spanish doubloons.

To keep it safe, he buried his gold in an actual pot somewhere along the local creek and left secret markings as a map leading to its location. However, the chief was forced out of town before he ever had a chance to dig it back up.

Decades later, a couple of guys who heard this tall tale started digging along the creek until they reportedly uncovered a Dutch oven pot filled with gold.

“This Rainbow man said it was more gold than he’d ever seen or imagined,” Fry said.

There’s no official record of anyone finding any gold in Rainbow, nor is there any record that a pot of gold ever existed, but the story remains as colorful as this tiny Texas town.