Another construction company said it looked like the ditch was not sloped, as required by law. 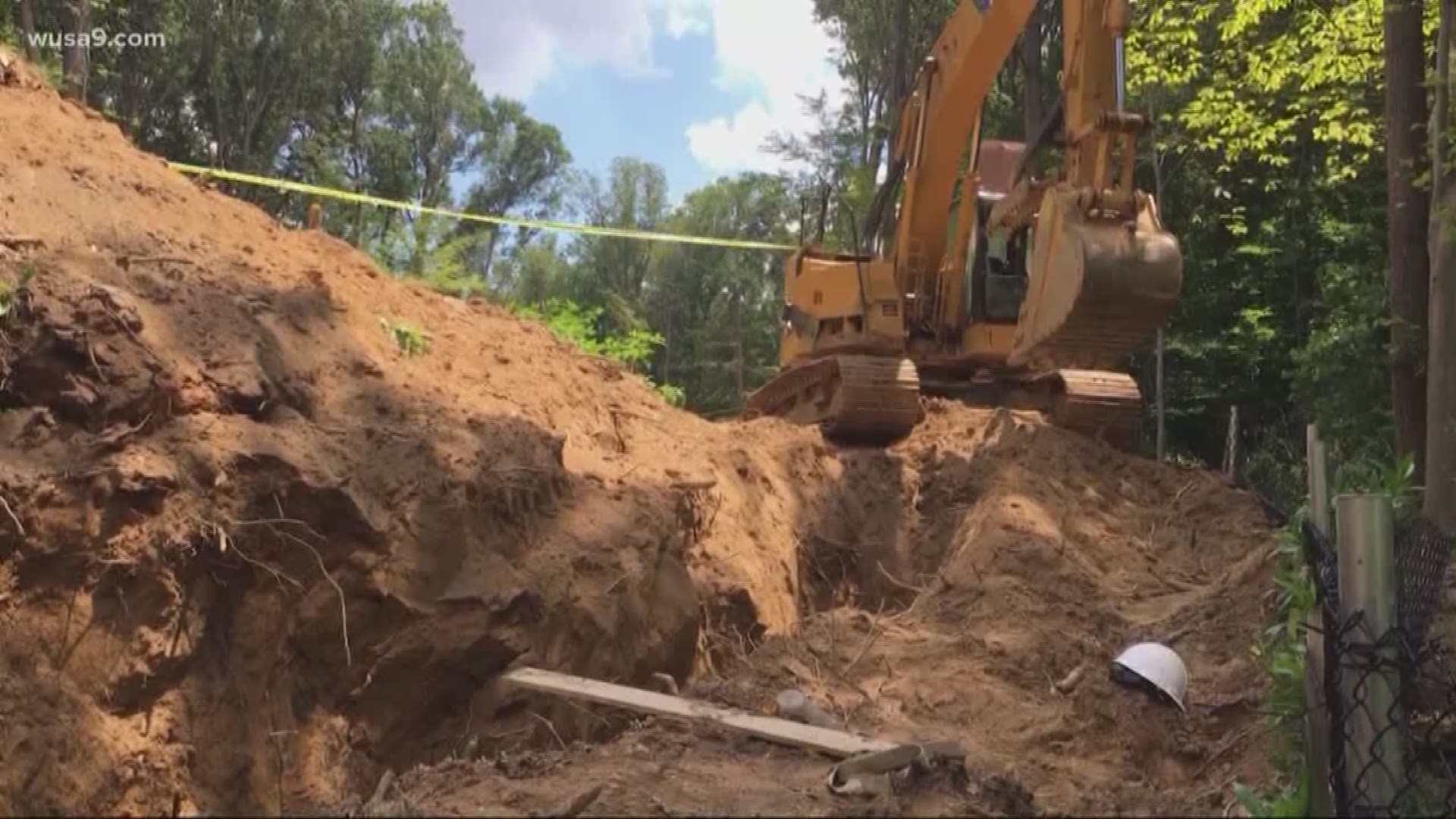 MCLEAN, Va. — The teenager who died at McLean construction site on Tuesday may not have been legally allowed to work there. Virginia labor laws do allow 16-year-olds to work in construction, but not excavation.

The teenager was killed when a trench collapsed on him. An adult male was also injured in the collapse, according to Fairfax County Police.

On Wednesday, construction equipment sat eerily silent next to the deep trench at the bottom of a hill. Two construction helmets were left behind after the tragedy.

The site under construction at cul de sac on Solitaire Lane,  is a small housing development in its beginning stages of laying pipes, according to neighbors. County sources say Digges Development Corporation is the company building the homes.

State law prevents police from identifying a deceased child. But a young man who was on site grieving told WUSA9 that his friend who died was 16. The young man said his father has been working at the site when it happened.

WUSA9 reached out to Digges Development Corporation, but has not heard back.

Credit: WUSA
The scene of a fatal construction accident in McLean, Va. on July 23, 2019.

The general manager of another construction company, unrelated and not involved in the McLean site, said it was a "preventable death." Daniel Rossi  does not know the specifics of the case but said a grave error was involved.

"90 degrees straight down. Dangerous," Rossi said. He says state regulations require the sides of trenches more than five feet deep to be sloped.

"You cut the dirt back mostly at a 45 degree angle and that stops it from collapsing," said Rossi. "It's a sad thing but they didn't do it and that's what happens. People die as a result."

He said the reason a construction company may not slope is because it takes time.

No violations have been cited at this point but state investigators were on scene taking pictures.

Fairfax county police said there appears to be no foul play, from a criminal standpoint. Neither county nor state investigators would provide any details of the incident, or the company involved.

RELATED: Is it legal to shoot an intruder? Here are the laws in Maryland, Virginia and DC