A retired salon owner is trying to nail a new world record. 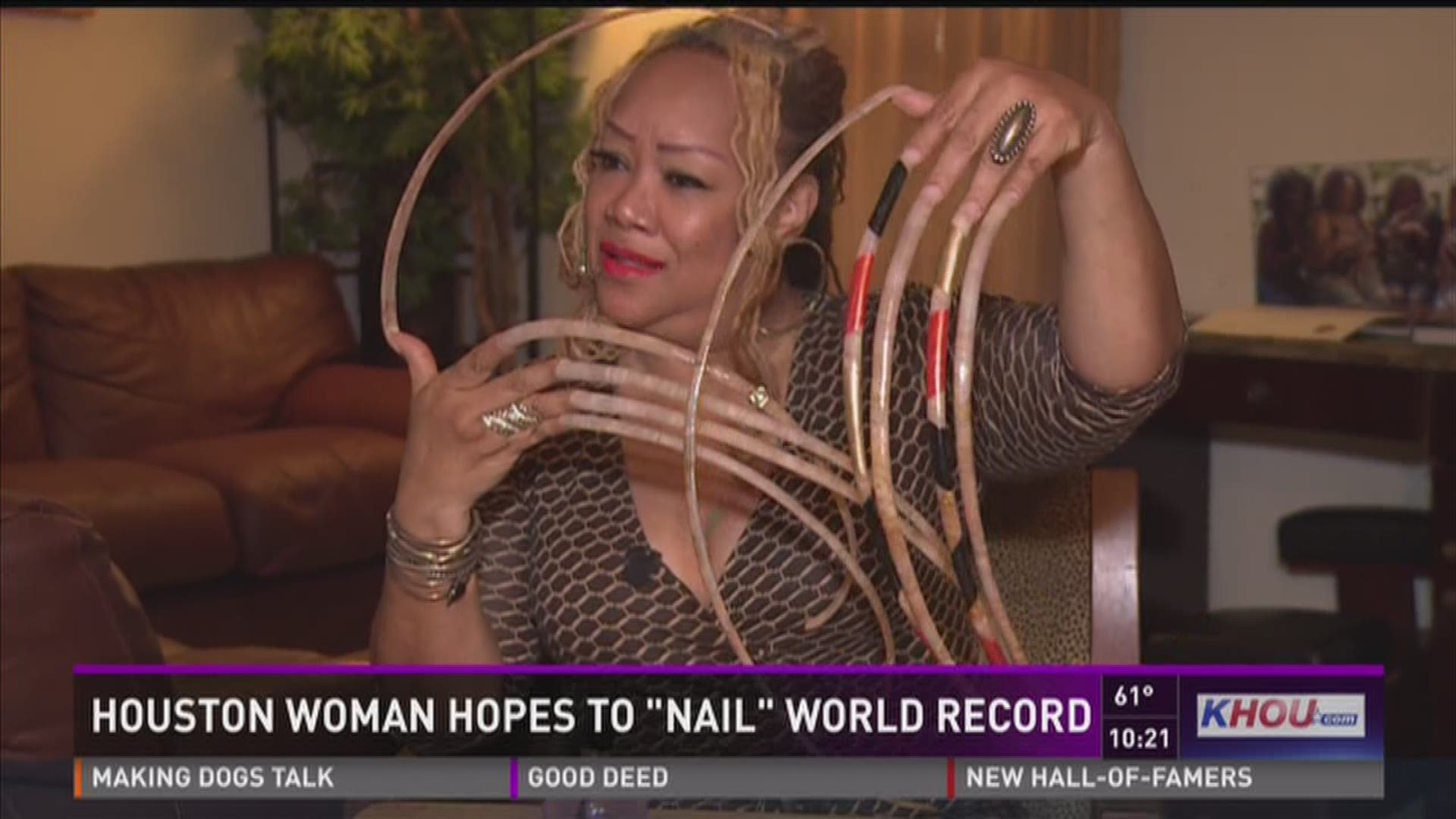 HOUSTON – A retired salon owner is trying to nail a new world record.

Yani Williams owned a salon for 11 years and loves nails so much that the retired grandmother refuses to cut her fingernails. She’s heard every question you could possibly ask.

“The million dollar question that we get is how do we wipe our butts,” Williams said. “Usually I just tell them like if you go to the restroom in public you don’t sit on the toilets. That’s the way I do at home because my nails are so long.”

Inspired by friends, Williams started growing her fingernails when Bill Clinton took the White House. 23 years later, she is closing in on world record length. Each of her nails is between 26 and 26 ½ inches long.

“It takes me about a week to finish (polishing) them,” said Williams. “It’s for my grandchildren more than anything. So they can have something to look back on and say this is my gammy.”

Her toenails are long too. But, she is not after that record.

“I have been contacted by the world record holder and I told her I don’t think I can do it,” said Williams.

Still, she went on tour with Ripley’s Believe It or Not. Also, Williams has been featured in magazine articles from London to Houston. Next, she wants a reality show for her circle of friends known on Facebook as “The Real Nail Qweens.”

“My nails don’t define me,” she said.

Their goal is bigger than fame or fortune. Williams wants to show people bullied for their looks that being different is okay.

“A lot of people are in hiding because of the way they live and they’re different from everybody," said Williams. "If you didn’t see my nails, you would think I’m just like anybody else. But by the time I put my nails out, (they say) oh she’s a freak.”

For now, Williams is just a queen chasing an unpolished dream.