The owners of the Magnolia Hotel said it's the most haunted hotel in Texas. 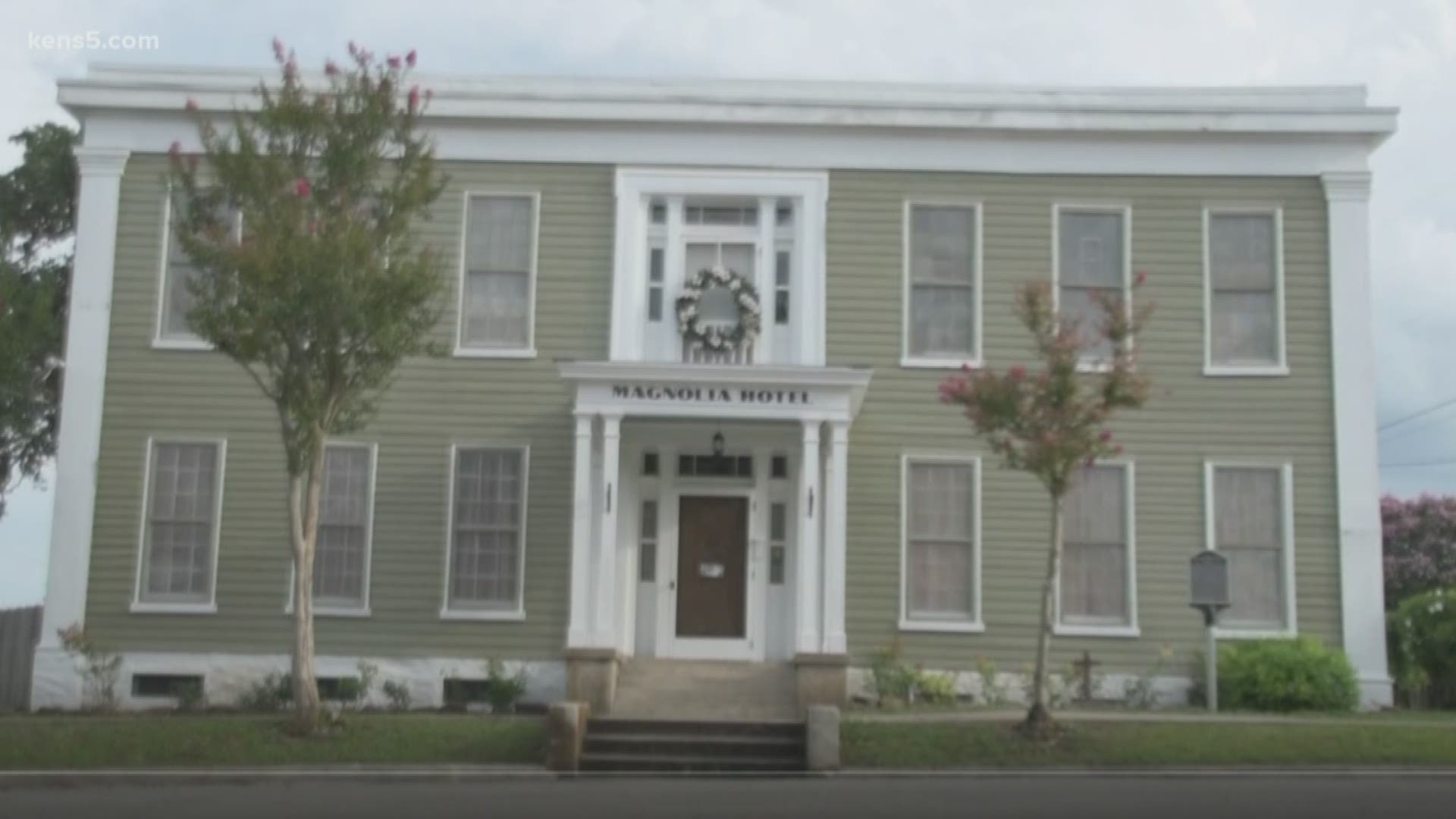 SEGUIN, Texas — The owners of the Magnolia Hotel said that ghosts are known to roam the halls of the nearly 200-year-old hotel that's been closed to the public for decades.

Erin and Jim Ghedi bought the structure in 2013, saving it from Preservation Texas' Most Endangered List.

“It was demolition by neglect, and it was basically falling in on itself,” Jim said.

Once the couple started working on the building, they realized they weren’t alone.

“We hear conversations in the rooms throughout here when we’re here by ourselves, and we go looking and there’s nobody there,” Jim said.

“It’s kind of like a paranormal Disney World,” added Erin.

They started renovating the building with a goal of preservation.

“One thing that we made sure is that we weren’t remodeling this building, we were restoring it, so everything you see is the original thing,” Erin said.

The couple said the structure was built as a log home in 1840 by the co-founder of Seguin, Texas Ranger James Campbell. Erin said Cambell's ghost often roams the room where a rocking chair is known to rock by itself. The smell of cigar smoke can be perceived floating throughout the room.

Campbell is just one of the past residents who the Ghedis said never left.

“Everybody is here by choice, or they passed away here, and they all communicate,” Erin said. The couple said the structure was later opened as a hotel, and after 1900, it was an apartment building for a while before being deserted when the last owner passed away.

“Our goal is to save this building and put it back to its natural state, and the ghosts just happened to find us,” Erin said.

The Ghedis said the ghosts also found their contractors during the renovation process, some of whom quit on the job after seeing spirits or feeling their presence in the building. That includes one man hired to work on the plumbing through a tunnel under the building.

“Somebody tapped him on his shoulder, he looked up and he could see a woman’s face and she called his name,” said Erin. “He runs to his car and just peels off. We had to hire a new tunneler.”

The hotel has been open to Ghost Tours for a while, and now the Ghedis have renovated a suite in the hotel that will soon open as a bed and breakfast where ghost seekers and risk takers can stay the night right in the heart of the paranormal activity.

And beware, you may not be alone.

“They’ll say your name, they’ll play with your hair, the children like to hug your legs,” said Erin. “That’s how you’ll have an experience here."

Reservations will open on August 12 to reserve the suite.

For more information, follow this link to the Magnolia Haunted Hotel.