“Once I get in my chair again, I’ll be unstoppable. Once I get well enough, I want to go back to the sky,” said Vasquez. 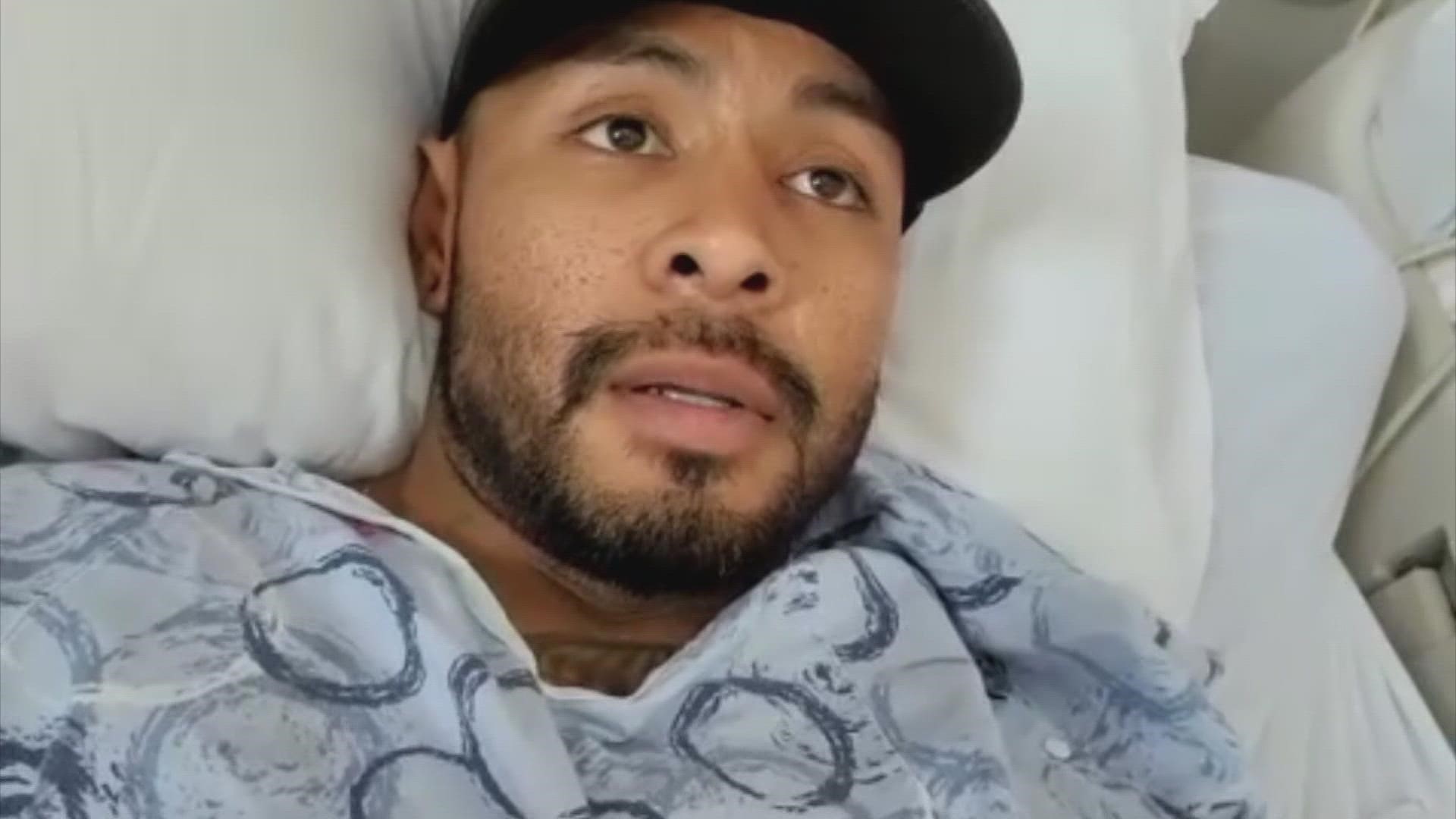 MCKINNEY, Texas — Michael Vasquez, of Lubbock, has always been an open book. He has learned over time to be open about his struggles and his triumphs. And, he certainly has his share of both.

“The more you talk about something, the better you heal,” said Vasquez.

Vasquez is sharing his story with WFAA from a hospital bed at Medical City McKinney. He is lucky to be alive following a freak sky diving accident.

“I honestly thought I was going to die. I kinda [sic] came to terms with it, this is how you go,” he thought to himself while spinning uncontrollably in the air before slamming to the ground.

You learn very quickly that Vasquez is no stranger to trauma and near-death experiences.

Vasquez served four years in the military with the Army. He told WFAA he joined in 2005 mainly because of 9/11. His first tour was in Iraq and was later sent to Afghanistan.

Vasquez said one day while moving through a neighborhood, his fleet was ambushed by rocket propelled grenades. He along with several other fellow service members sustained serious injuries from the attack. Vasquez lost function of both of his legs. He learned he would be in a wheelchair for the rest of his life.

“I went through this dark phase. I wanted to give up. I drank a lot. I kinda [sic] wanted to end everything honestly,” he said.

With the help of veteran support groups and veteran nonprofit groups, Vasquez was able to somewhat deal with the trauma. He also found a new passion in skydiving.

“Being in the sky is one of the most freeing things you can ever feel,” he said.

He has done over 200 jumps, but his last one in Whitewright went terribly wrong. Vasquez said it was the last jump at sunset and both his primary and reserve parachutes did not deploy. He used the term “bag lock” to describe the malfunctioning parachutes.

“[The parachute] started bouncing crazy behind me. I looked over my shoulder and saw it go through the spokes of my wheelchair,” said Vasquez.

His primary chute did, ultimately, partially deploy -- which may have saved his life. He hit the ground at 12 miles an hour.

“Most people who come in after a sky-diving accident usually don’t survive,” said Dr. Shashank Gandhi, who is a neuro-surgeon with Texas Back Institute and also with Medical City McKinney.

Vasquez suffered multiple fractures to his spine and a broken femur. The doctor said it helped that Vasquez is young and in great shape. It will take three long months of recovery.

“His mental fortitude to get to this point with all the injuries he’s had is impressive,” said Gandhi.

“Once I get in my chair again, I’ll be unstoppable. Once I get well enough, I want to go back to the sky,” said Vasquez.

Vasquez hopes sharing his struggle helps someone through their struggle. His is a story of resilience and pushing through, despite the odds.