Would you take your baby to a chiropractor? These parents swear by it

Some parents believe taking their babies to the chiropractor helps fix everything from colic to ear infections. 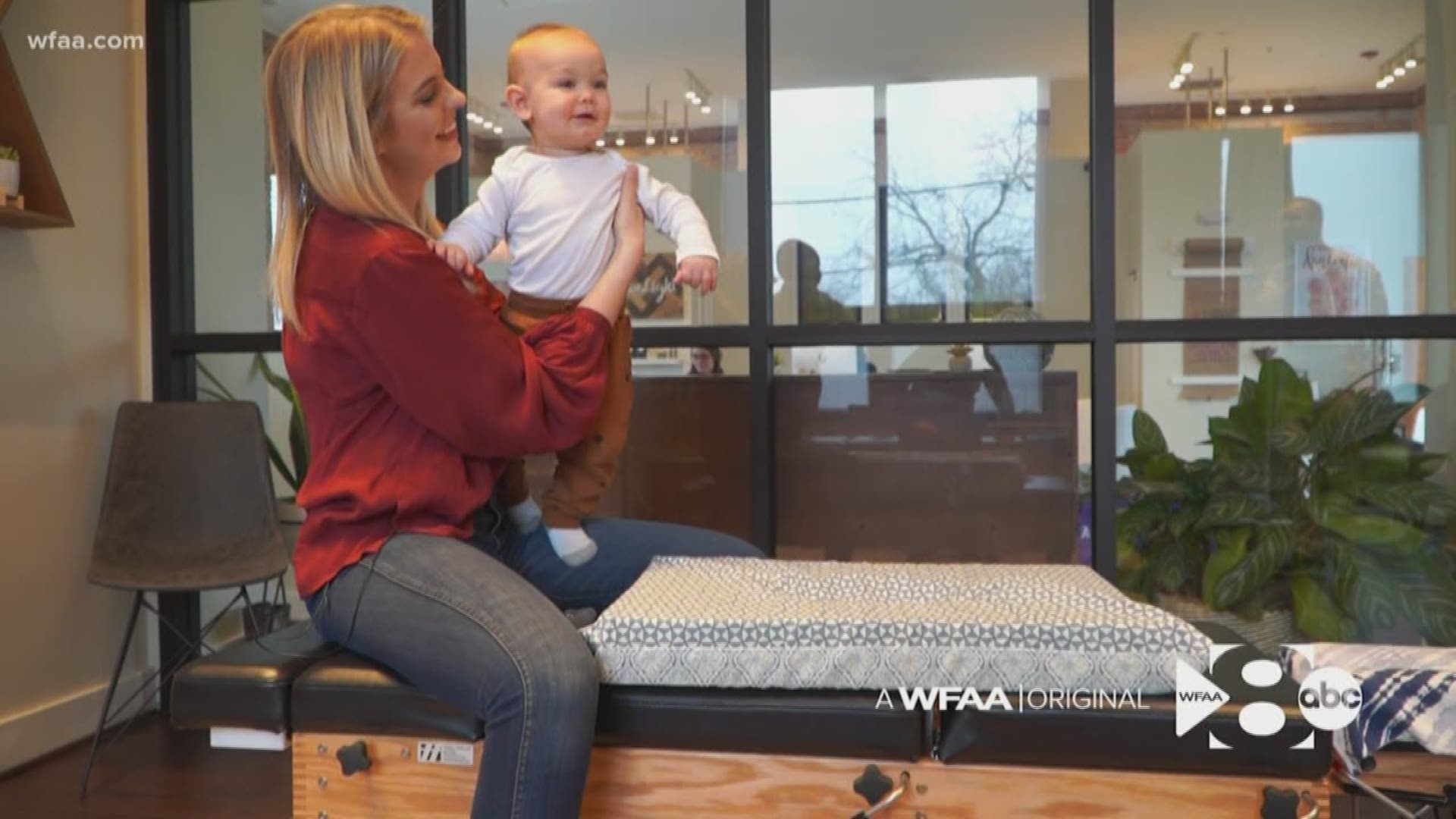 CELINA, Texas — At just 11 months, Piper is getting a chiropractic adjustment.

“We come once a week and it keeps her pretty regular,” said mom Catherine Bright, who started bringing her daughter in to True Light Chiropractic in Celina to address digestive struggles.

“Constipation, belly issues, gas,” Bright said. “I do think that [it has] helped with… being able to release the gas in her stomach.”

More parents are getting comfortable with this idea.

Chase Martin’s 2-year-old daughter Millie has seen a chiropractor since she was two months old.

“We come once a week,” Martin said.

About half the patient population at True Light Chiropractic is kids and babies.

“We always suggest to get the baby in as soon as possible,” doctor of chiropractic Colton Wood said.

Wood and his wife Kelsey, also a D.C., use activators and a pediatric toggle headpiece to provide quick and specific adjustments to tiny spines.

“Oftentimes, it’s the mom’s intuition that brings them in,” Wood said. “And it’s the dad or the husband who’s like—‘It’s a pediatric massage, like what are they going to do?’ We hear that all the time and just throughout care, they start to see results and it starts to speak for itself. We don’t have to say much. We just do what we do.”

Backed by the International Chiropractic Pediatric Association, the husband and wife team are Webster certified, which is a pregnancy-specific technique.

“A lot of it is still cartilage,” Wood said. “It’s not necessarily even bones. So what we’re doing is holding pressure points on the babies, and we like to describe it as… if you were to hold your finger on a stick of butter and wait for it to melt… that would be the same exact thing we’re feeling on our hands. We’re holding that and allowing that to release itself, and allowing their body to calm down that way.”

“Our daughter has had a lot of trouble with ear infections, so that was our biggest reason for getting her in,” Grabowski said.

But is it effective?

The American Academy of Pediatrics pointed to a 2017 clinical report on “Pediatric Integrative Medicine,” saying: “High-quality evidence supporting effectiveness of spinal manipulation for non-musculoskeletal concerns is lacking, especially in infants and children, for whom the risks of adverse events may be the highest because of immature stability of the spine.”

The AAP goes on to say: “Serious complications are possible with chiropractic treatment of children, but such adverse effects are rare.”

Tell that to Troy Sebo, whose son Ryder got his first chiropractic adjustment two hours after he was born.

“We chose to do this because as the babies are delivered, they’re having to be contorted in different ways and there’s a lot of stress that’s put on the spinal column and the nervous system,” Sebo said.

Wood explained that relieving stress around the spine signals the body to return to a more calm, resting state — a departure from fight or flight mode. Wood said that opens doors for healing, adapting and growth.

The parents we spoke with are using their own anecdotal experiences to tout the benefit of chiropractic adjustments for their children. There’s something about it, they say, that’s working. And that keeps them coming back.

“It seems like the grander population is starting to look into more natural ways of healing and adapting and looking into health that way,” Wood said. “And we’re very excited to be on the forefront of that.”

The American Chiropractic Association supports the use of chiropractic care for children.