Veterans will tell you that in the horrors that war can bring, they will do their best to cling to at least one good memory. That's the power of a single picture. 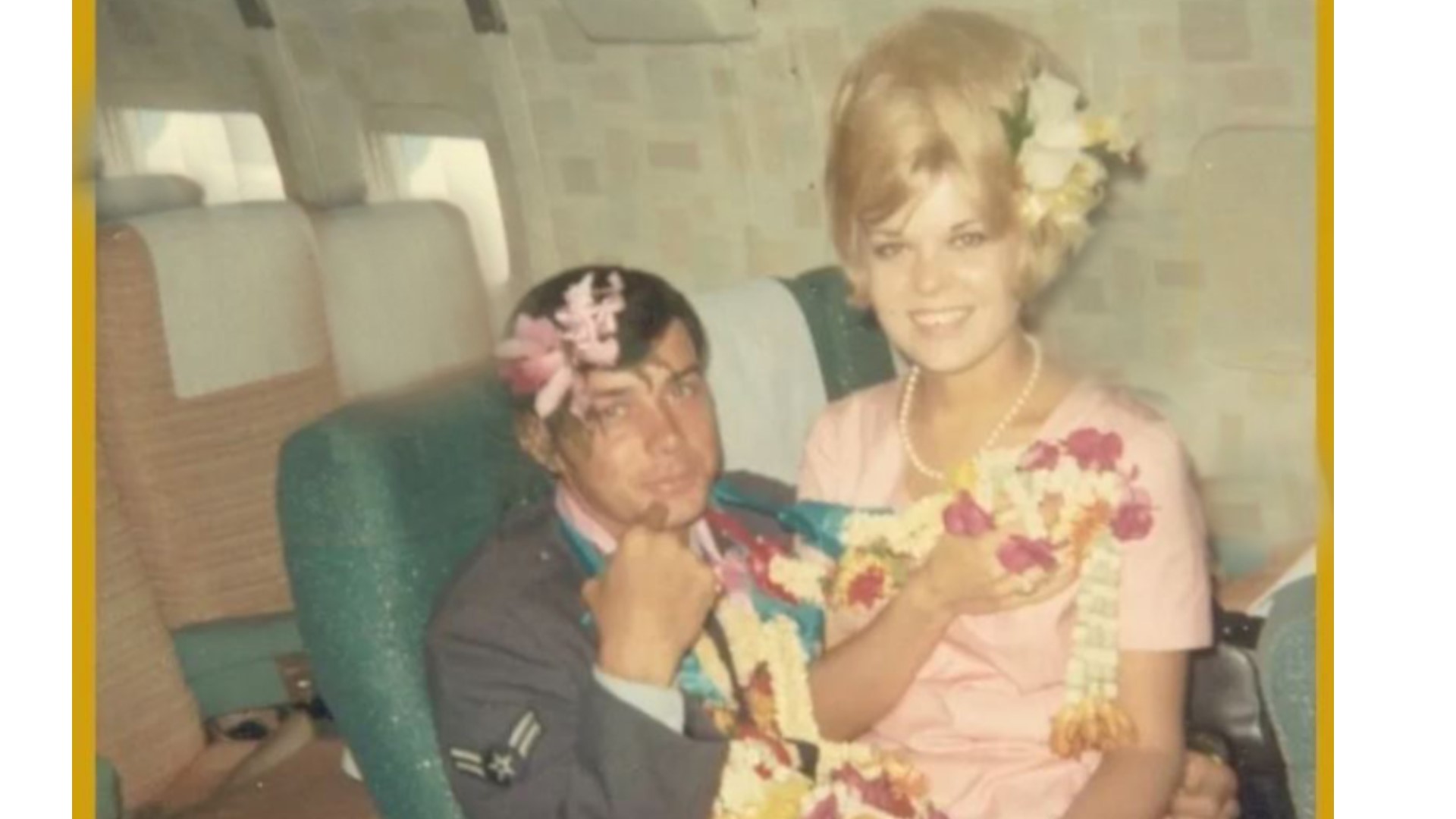 EULESS, Texas — For a retired flight attendant in Euless, it was just a photograph five decades old that stirred up both good and bad memories. Now, it's an old photo that also tells the story of one very remarkable coincidence.

BJ Elliott Prior was an "air hostess" back in the day for Continental Airlines.

"That would be the beginning, really," Prior told WFAA of a career that soon included working for Continental's involvement in the Military Airlift Command: flying soldiers to and from the Vietnam War.

"My very first trip was very emotional for me," she said, when she realized many of these soldiers she was helping escort to southeast Asia were men who might never come home.

"And it was very scary at times," she said.

"The guys would absolutely applaud, scream you know," she said of the return trips she did get to take with surviving soldiers at the end of their tours.

"All those soldiers that we left behind that never made it back home," she said of the more than 58,000 Americans killed in Vietnam. "That's what hurts us. You know. That's what war is about."

Her stories from that war, are in a book she wrote. It's called "Behind My Wings." She tells the stories of the flight attendants, the soldiers, and the bonds made through difficult times.

And in her collection of photos for that book, one stood out.

"We've always seen this soldier. None of us ever knew (who he was). It was a soldier," Prior said.

In the photo an Airman E-3 is seated in one of the Continental planes, a flower in his hair, a lei around his neck, and a stewardess named Gloria Dorman is sitting on his lap. The flight attendants tried their best to cheer up the soldiers who were headed to Vietnam. But in this particular picture, Prior says no one could remember the man's name.

"When I called her I said, 'Gloria you are not going to believe this,'" Prior laughed.

Because when she showed the photo to her neighbor in Euless, a guy just two doors down, he definitely recognized the soldier.

"We were as scared as hell going over, excuse my English, because of the unknown," said Paul Rabe, the neighbor who identified himself as the man in that photo.

"But it was remarkable, I says my trip to Vietnam may not be as bad as I thought!" Rabe said.

"Incredible. Just incredible," Prior said, while also realizing her neighbor and her friend, Gloria Dorman, should probably see each other again.

So last month, Dorman flew in from her home in Humble near Houston.

"And I was like there's no way, that can't be possible," Dorman said of the coincidence.

"But he was very good looking in that picture," she said with a smile.

"I said he's still good looking. But he is our age," Prior said with a laugh.

They met on a Thursday afternoon.  The Vietnam airman from 52 years ago, also with his wife accompanying him, arrived with a bouquet of roses.

"Do I look like the guy I was," Rabe, always the jokester, asked.

They would be the guests of honor the next day at a gathering of veterans at a Roll Call event in Fort Worth. Prior shared the photo and the story of their unexpected reunion with veterans happy to share in one good Vietnam War memory too.

But back at the house in Euless, there was one more thing to do.

"Wait we have to maybe turn the chair. Because see I was facing the aisle," Dorman said as they moved furniture in Prior's living room, so they could attempt to re-stage the 52-year-old photograph.

"And my husband said it was OK if I could sit on your lap again," Dorman said.

"Hot darn," Rabe exclaimed with excitement. "I was hoping that might happen!"

And flowers and all, that's exactly what they did their best to do.

"But you were on my knee," Rabe said.

"No, I was on the armrest," Dorman insisted.

"No, no you weren't," Rabe joked. "I remember that body warmth. I swear to God!"

"Your wife said no groping," Dorman joked, as they held their pose so friends and family could take their picture. "Watch that hand!"

Veterans will tell you that in the horrors that war can bring, they will do their best to cling to at least one good memory. That's the power a single picture can hold.

Especially, Rabe says, if you're holding an air hostess named Gloria at the same time.