In the middle of Texas, the Army is working to reduce its environmental footprint 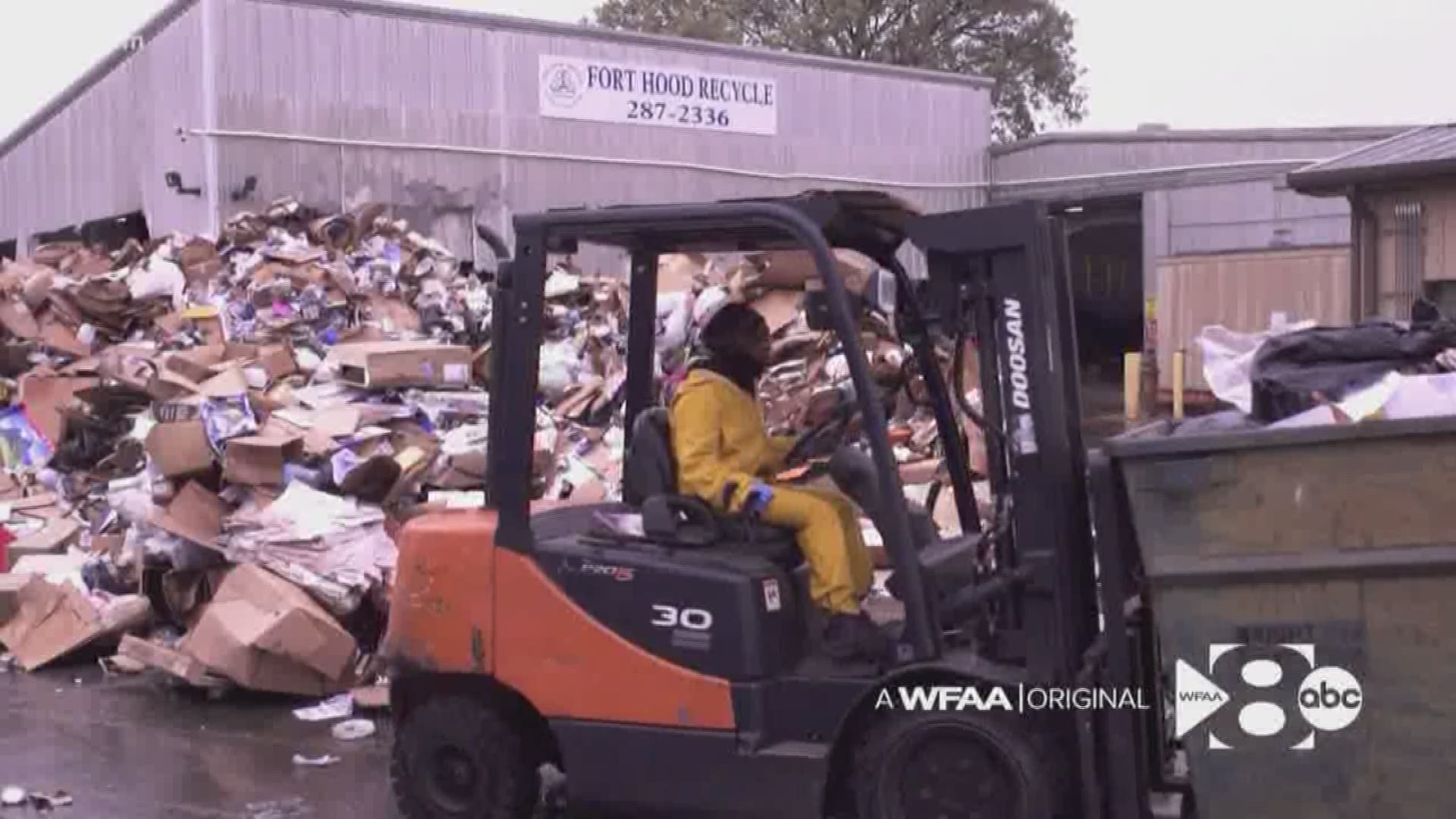 FORT HOOD, Texas — In a place as massive as Fort Hood, where soldiers train for real-world missions, there's another battle with a big impact.

The Army post known as "The Great Place" is working to become a green place. It's one of the largest military installations in the world, with a population bigger than most cities spread across a vast 350-square-mile area.

A post that large has an outsize environmental impact, and Dutchuk and her colleagues are working to reduce it without compromising Fort Hood's larger training mission. The primary motivation is to reduce costs and improve efficiency, but it also helps reduce the facility's carbon emissions.

"We can do that in situations like this with less dependence on others, less combustion of fossil fuels, less carbon footprint, that's the bonus part of it," Dutchuk said.

Across Fort Hood, multiple projects are underway that also serve as a laboratory for the wider Army. Fort Hood has become a leader in recycling, and other facilities come to observe and learn from their methods.

At Fort Hood Recycle, they sort and bundle recyclables that are delivered through a single stream. And while other communities have had trouble selling their recyclables to a tightened Chinese market, Fort Hood is still able to make money from its recycling program because the quality of their sorting process makes it more desirable for resale.

"This no longer goes to China," said Michael Bush, operations manager for Fort Hood Recycle. "Everything we sell now is sold domestically."

In 2012, about 53% of what went to the landfill on the post was actually recyclable. Today, that same figure is less than 23%.

Fort Hood has also changed how it generates and uses electricity. They have their own 132-acre array of solar panels, with more than 63,000 units. They also have wind turbines in the Texas panhandle. Together, they provide much of the post's electricity needs in a clean, self-sufficient manner.

"And it actually ends up being a lower price than energy off the grid," Dutchuk said.

In recent years, Fort Hood has also helped pioneer an electricity monitoring system that has drastically reduced its energy usage. More than 750 structures on the post are networked to a computer system. A technician can monitor and tweak things like temperature settings to respond to needs.

"Annually, it's over $3 million dollars in savings because of this and constantly climbing," said Charles Farmer, UMCS manager.

The system developed at Fort Hood is now required by law in buildings across the U.S. Government. They are now researching more technology that could be used in the future, like large battery storage for renewable energy.