'I never got tired of hearing my dad's voice': Son of Charley Pride reflects on 1-year anniversary of legend's passing

"He never brought the star-celebrity aspect of himself home. He was always just dad," said Dion Pride. 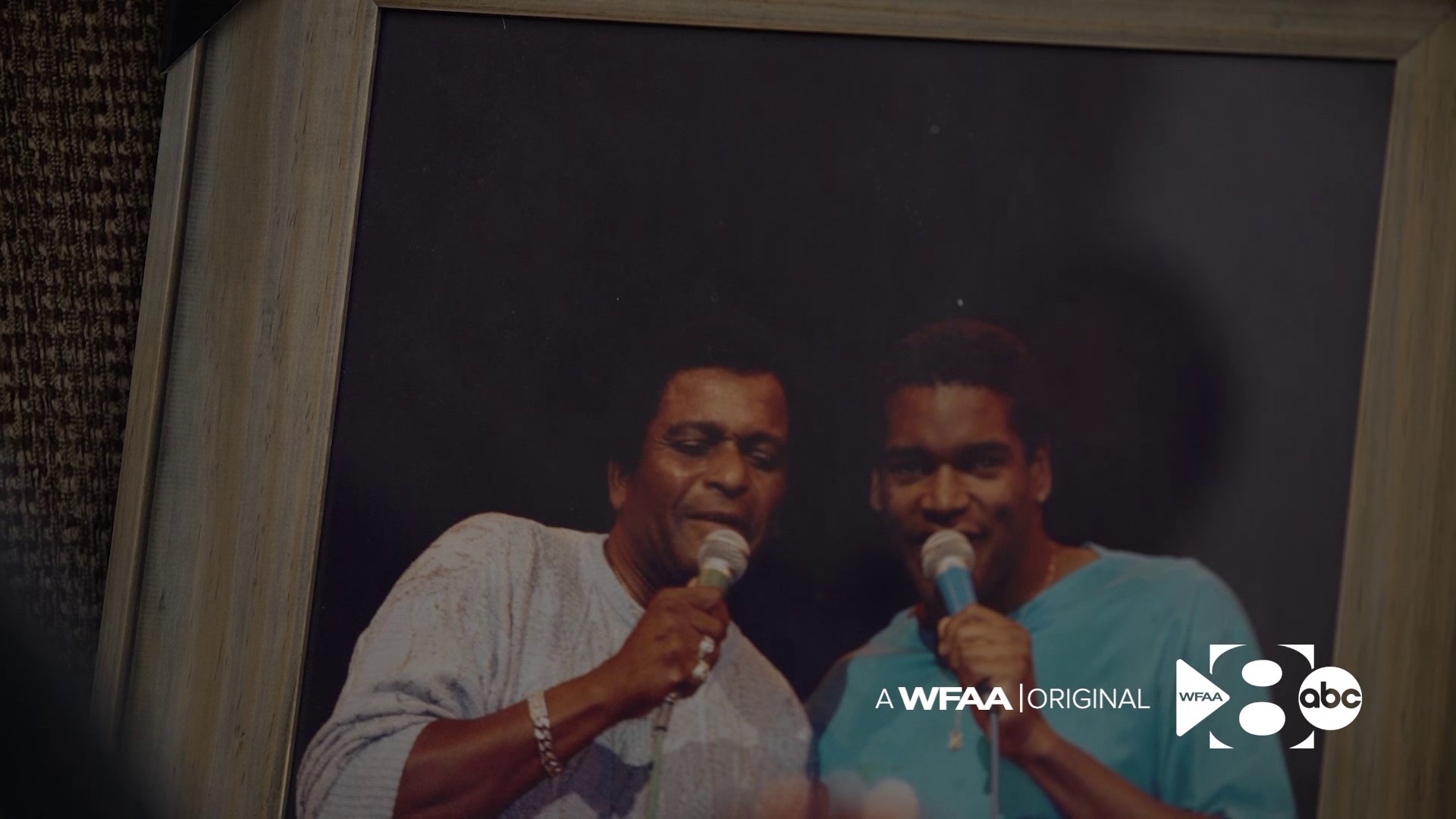 The country legend spent more than six decades serenading the world with that signature baritone voice. The news of his passing in 2020 sent shockwaves throughout the music industry and the world.

Dion Pride would tour and even open for his father for many years. He got an up-close look almost every day of how his father prepared for shows and worked the crowd.

"He never brought the star-celebrity aspect of himself home. He was always just dad," said Dion.

Charley won three Grammys and had more than 40 No. 1 country hits. Ronnie Miller was Charley's steel guitarist for nearly three decades and was part of the band known as the Pridesman.

"He was something to see. We had a rule: If Charley can do it, there's no whining," said Miller.

Charley was the son of a sharecropper. Dion tells WFAA his father was a great baseball player and was talented enough to play in the Negro Leagues but cracked his elbow before he had a chance to play in the majors.

Dion tells WFAA his father really grew to love singing country music and once he got a taste for the stage, he never turned back.

One of Charley's favorite places to play was the Grand Ole Opry in Nashville; country music's right of passage. In fact, Charley had Dressing Room #1 which was only designated for country music royalty. The room previously belonged to Roy Acuff.

"To be on a Grand Ole Opry stage with a hall of famer and he's my dad... it doesn't get any better than that," said Dion.

Dallas was home but Miller tells WFAA there was no place like Nashville. Charley had a signature dish at the Pancake Pantry. And, of course, Charley is all over the Country Music Hall of Fame and Museum.

Dion was on stage by the time he was 8 years old and he would later go on the road and start his own career. Dion doesn't like labels, but no, he didn't do just country music.

"To [dad] if you did anything other than country, you didn't love country anymore," laughed Dion.

But Dion will openly tell you that he sings all of his dad's songs. He grew up on those songs and with his father's passing it has a much bigger meaning.

Charley had decided, after debating for a while, to go and receive the Lifetime Achievement Award at the CMAs in November of 2020.

He would take the stage in Nashville and sing his signature song, "Kiss an Angel Good Morning." That would be his last on-stage performance. Charley was hospitalized soon after returning home and died a month later

"It is with great sadness that we confirm that Charley Pride passed away this morning, Saturday, December 12, 2020, in Dallas, Texas of complications from COVID-19 at age 86. Charley felt blessed to have such wonderful fans all over the world. And he would want his fans to take this virus very seriously," read a social media statement from the family.

"I called him back on his phone one last time, I said, 'Promise me you're going to be okay, right?' He said, 'Yeah, trust me I'll be back. I'm going to be just fine.' That was the last conversation we had," cried Dion.

The world lost a legend. But a son lost his world.

Yes, he was one of the first Black country singers; a novelty turned household name. But if you reduce Charley to just that you've missed what Dion's been taught over the years: "If any of you come into this house and he said that this-and I mean pigmentation," Dion said pointing to his arm. "That this is the reason you did or didn't get something, he said you won't be living here, you're out," he said.

Charley never got to finish his last album. So Dion would head to Nashville to do just that. The son who, for many years, opened for his dad will now close.

"It's going to be important to deliver it in a way that is respectful of my father," said Dion.

Charley's song, it appears, still has a few more verses yet to be sung and no one better qualified to do it like his son.

Following Charley's passing CMA did put out this release in late 2020:

"Everyone affiliated with the CMA Awards followed strict testing protocols outlined by the city health department and unions. Charley was tested prior to traveling to Nashville. He was tested upon landing in Nashville, and again on show day, with all tests coming back negative. After returning to Texas following the CMA Awards, Charley again tested negative multiple times. All of us in the country music community are heartbroken by Charley’s passing. Out of respect for his family during their grieving period, we will not be commenting on this further."