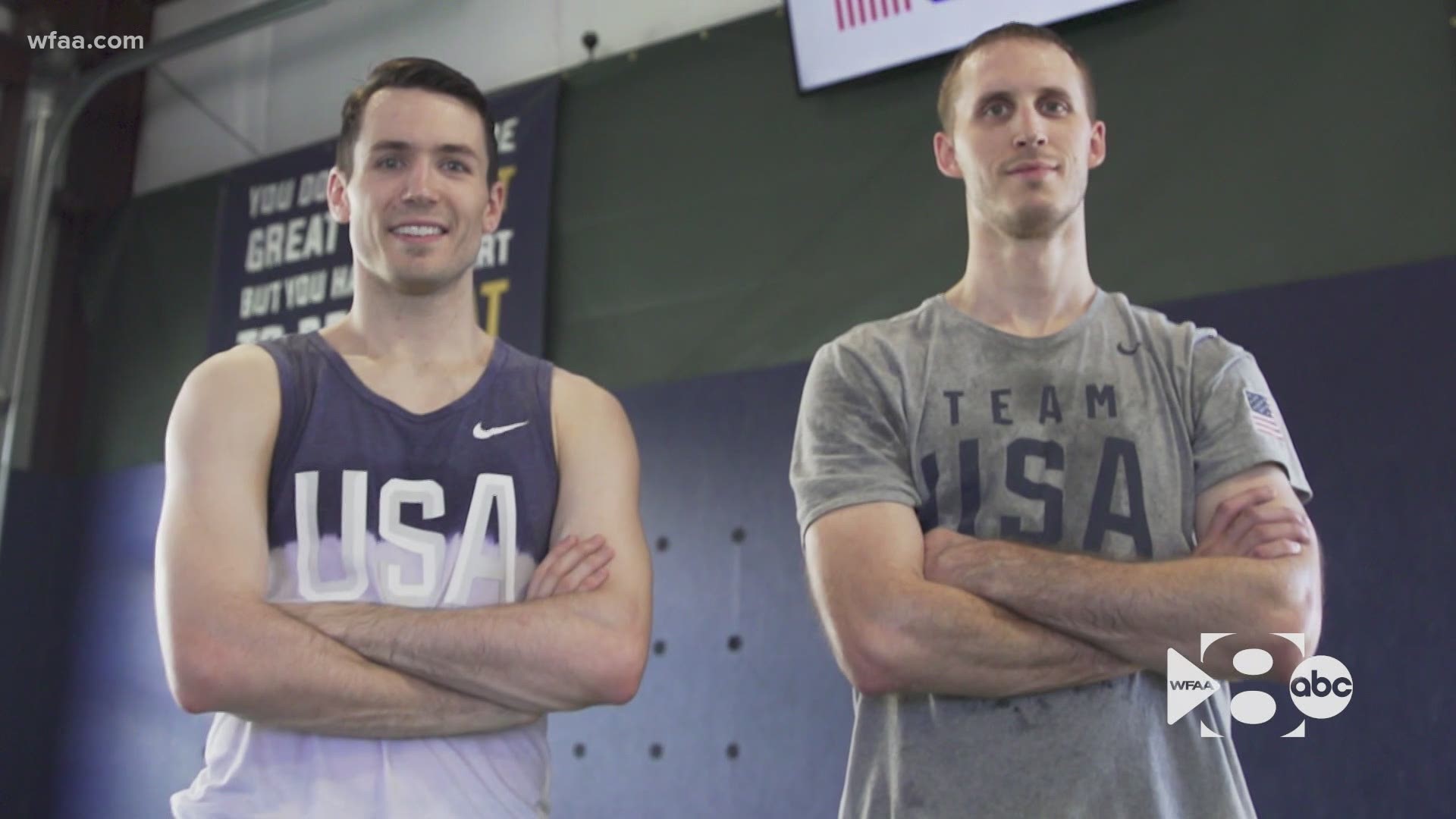 PLANO, Texas — Olympic hopefuls Tom Scott and Brian Irr never skipped a beat, even after the pandemic altered the course of their Olympic dreams. Both are vying for Olympic spots representing Team USA in karate.

The word "change" rarely applies to a martial art that's hundreds of years old — except when a virus hits, tournaments are canceled and the Summer Olympic Games are delayed.

WFAA first met Olympic hopefuls Tom Scott and Brian Irr in early February. Brian Irr is from a small town in New York and Tom Scott is from Plano, Texas. Both train and teach at the Academy of Classical Karate in Plano.

RELATED: Tokyo Olympics try to get word out about COVID-19 measures

"Nobody starts karate for the sport. I started because my parents wanted me to build confidence," Scott said.

Scott and Irr were 14 and 15 years old, respectively, when they first competed against each other. Both were two rising stars from two different parts of the country. Scott said one year, Irr knocked him off Team USA.

"It was a body kick in the last second, I remember it," said Team USA Coach Brody Burns.

Fifteen years later, they're sparring three times a week in a dojo in Plano.

"We went from rivals to teammates to friends," Irr said.

RELATED: IOC gets official look at simplification for Tokyo Olympics

When the pandemic happened, Scott and Irr continued to train and practice. They have still committed to a regimen of working out six days a week.

"Right away we were doing workouts from home on Zoom with our personal trainers. We were staying ready, we never missed a beat," Scott said.

Every bit of karate is about readiness. Quarantines forced them to train in a bubble of six high-level competitors right here in North Texas. The pair hope to qualify for the Olympics through international tournaments scheduled for the beginning part of next year.

Both are determined to represent our country as the first-ever karate Olympians. The pandemic was only a small bump in the road.