Info on infant medical screenings at a drag show? How a dad's important message includes both.

'Well for me, it's very important to reach as many people as I can, and at every opportunity that I have.' 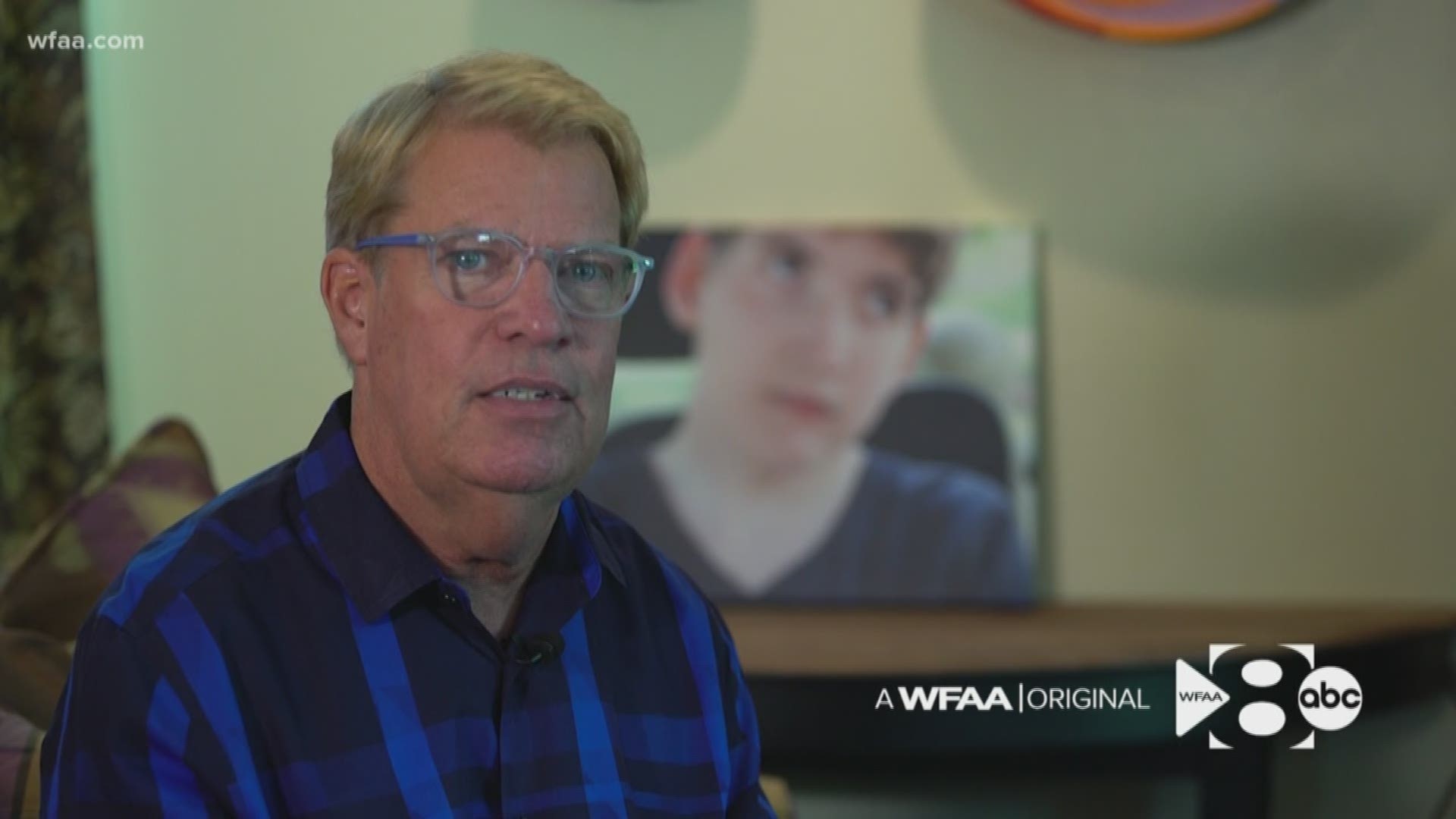 DALLAS — Three years ago Monday night, a young man died after a life-long battle with a debilitating genetic disorder. But in Fort Worth, and across Texas, his father's quest to teach people about the condition and a way to avoid it continues with any and every audience he can get.

"Hey everybody, how y'all doing tonight?" Bob Burke asked an audience of about 100 people at Cassidy's nightclub in Fort Worth. "We want to thank you guys for coming out."

Burke was about to introduce an evening of unforgettable entertainment. But first he agreed to tell me the painfully unforgettable part of his story.

Burke's talking about his son Bryce. Born perfect. Born healthy. Then he started having seizures at 19 months old.

Nobody really knew about it because at the time, only one state, Massachusetts, required newborns be tested for it. With the right diet, kids could survive it just fine.

"You know, as a dad I guess you don't ever get over it. You still think about him, you still miss him."

Bryce never recovered from the brain damage brought by the seizures that sometimes could last more than an hour. He never walked, he never talked again. He was 20 years old when he died.

"But, his story and what he went through did change lives. I honestly do believe that," Burke said.

Beginning with WFAA's first interviews with Bob Burke back in 1998 when he first told us about Bryce and the MCAD diagnosis, he was a dad on a mission. He would take every TV and radio and newspaper interview he could get, using his platform and his family's struggle to push for more advanced screenings. Today, Texas does screen for more than 31 genetic and medical disorders — including the one that claimed Bryce.

"I don't take any credit for it at all, but I give some credit to Bryce," he said.

So why did we find Bob Burke in a Fort Worth night club? Because he still has a story he's trying to tell, and he will take any audience he can get.

Bob Burke is also the producer of a drag show called the My Oh My Show. It travels to nightclubs across Texas. And after performances by impersonators of Mariah Carey, Tina Turner, and Lady Gaga, there is always an intermission. And there is always a captive audience willing to listen to a dad talk about his son again.

"If you're a parent, you're a grandparent, you need to get your child tested," he tells them after sharing Bryce's story. "Don't go through what we did. Thank you for giving me a few minutes to say that," he says as the audience responds with applause.

"Well for me, it's very important to reach as many people as I can, and at every opportunity that I have," Burke told me. "You know, we have 150-200 people that come to our show. I'm just not going to miss that opportunity to share with those families."

Burke is working now with a company in California, Fulgent Technologies, which offers a test that can screen newborns for more than 200 health conditions. Long after Bryce left him, that's the message Bob Burke is sharing now.