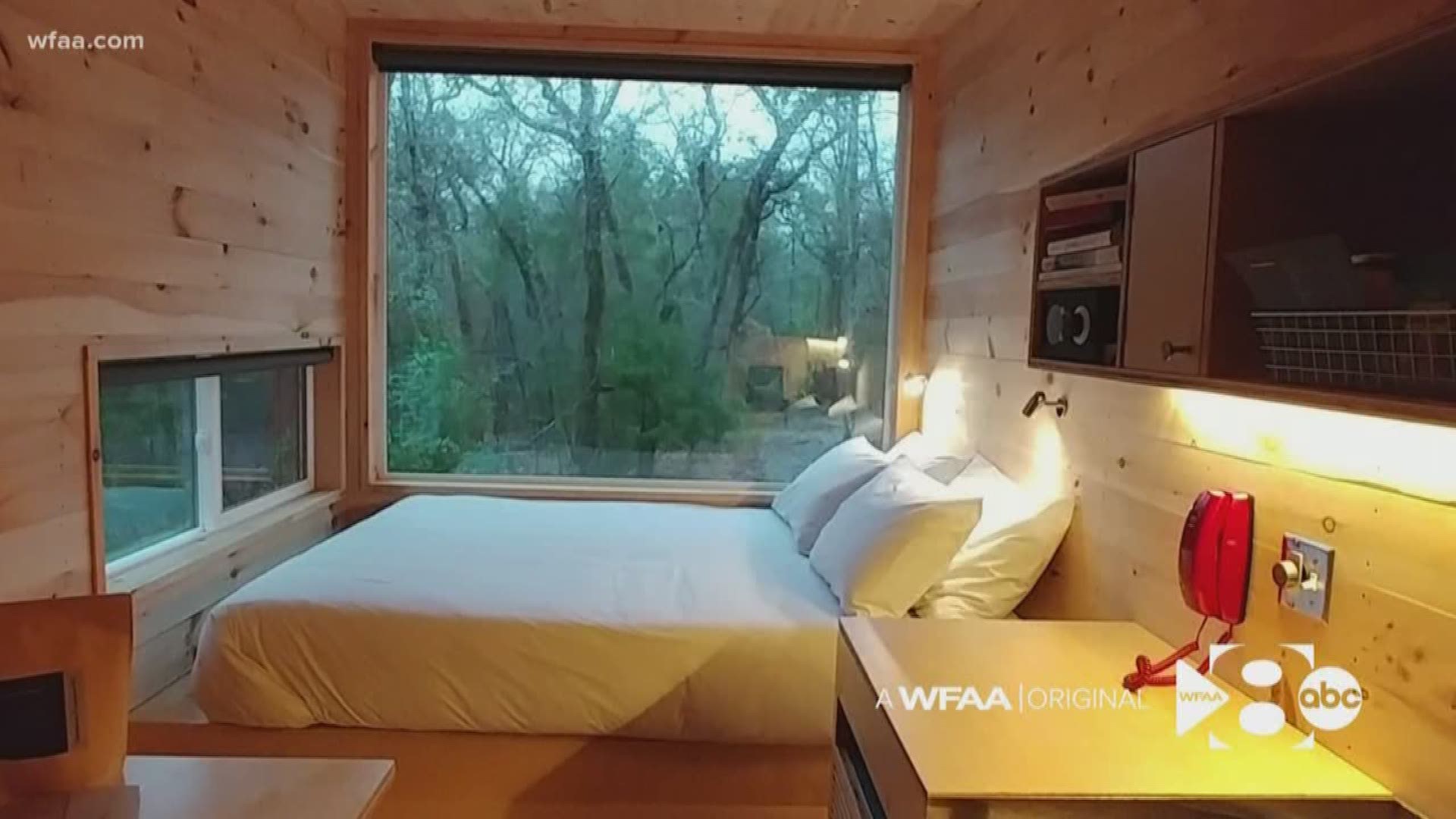 North Texans can now escape to 44 tiny cabins in the middle of the woods about 90 minutes from Dallas.

“It’s all about getting off the internet, away from your job, away from the craziness of city life,” said Jon Staff, founder and chief executive officer of Getaway.

The company tells guests that cellphone service could be spotty, which is intentional in the secluded locations. There are landlines in case of emergency.

Staff said his business started in 2015 as "three cabins in the woods" outside Boston and has expanded to locations outside nine U.S. cities.

His goal was to get out of the city but remain close enough to go regularly.

“I didn’t want to have wi-fi. I wanted it to be a sacred place where I didn’t do any work and hoped nobody would bother me," Staff said.

Slowing down and taking a break is actually healthy for your brain, said Stacy Vernon, a clinician at the Center for BrainHealth at the University of Texas at Dallas.

Vernon likened the brain to a battery that needs to be charged.

It helps the brain to take an intentional break, such as walking around the neighborhood or going to a cabin to relax, Vernon said.

Each of the tiny cabins has a big window, a kitchenette, a two-burner stove and a bathroom.

To find out more, go to getaway.house/dallas.