From custodian to superintendent, family gives back to the school district that saved them 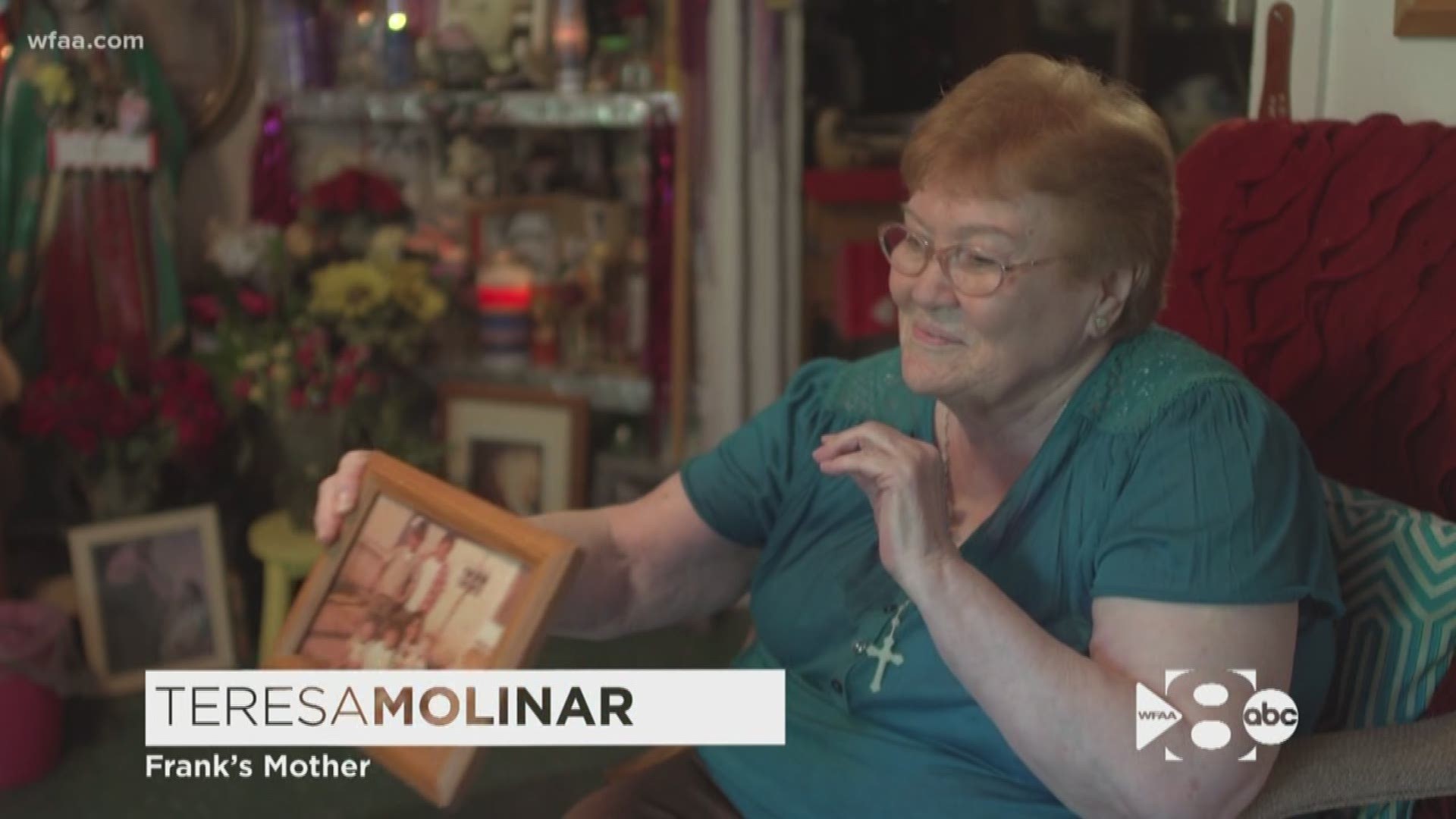 "Good to see you," echoes throughout the halls.

Greeting everyone he passes with a firm handshake and a soft smile. “You can’t find Frank in his office,” his colleague's joke. Frank has worked in the White Settlement School District since the 80s.

"Everyone knows Frank Molinar." But, this is no act.

Frank is one of eight siblings raised by their mother, Teresa. Born in New Mexico, Frank was a boy when his family moved to Texas. "I remember we loaded everything up, everything that we owned, and we drove all night to get to Fort Worth," he said.

The memories of why they left are still vivid in the rear-view. As Frank's mother looks at old photos of her kids in New Mexico, she pauses. What do those photos remind her of? "Bad times," she said, wiping tears from her eyes.

"My dad was a very abusive spouse to my mom," Frank explained. "It was a very violent situation."

"I saw some things that kids should never see.”

How did those bad times shape her as a mother? "I wanted to change the situation I was in," Teresa answered. "And, I wanted my children to have a better life.”

Late one night, Teresa and her six youngest children, including Frank, squeezed inside their '76 Gran Torino and drove from New Mexico to Fort Worth.

When they arrived, they had nowhere to stay. They pulled the car into White Settlement Central Park, and that's where they slept for months – inside the car. On the hood of the car. On park benches. Homeless.

"I think extreme poverty will either destroy you or strengthen you,” said Frank.

Frank's mother worked two jobs, as an aide at city hall by day, and cleaning the federal building by night, doing whatever she could to provide.

After a few months, Teresa made enough money to rent a small home from a kind, generous neighbor in the community. "I’m not rich. I’m very poor. But I tell you what. My house is full of love, and there’s plenty of beans and tortillas you can eat," Teresa smiled.

"I’m so thankful my mother was faithful and strong," Frank said. "And, I had solid coaches and wonderful teachers who believed in us – who believed in me and my family.”

"Frank was always a real, outgoing, young man," he recalled. "Always had that big smile on his face.”

"Coach Davis was a father image that my boys needed," Teresa said.

Davis coached Frank and his brothers at Brewer, but he was a mentor and father-figure when they needed one the most.

"Great coaches, that’s what they do," Frank declared. "They change lives. I’m living proof of that.”

Living proof may be an understatement.

White Settlement teachers and coaches helped save Frank, but the school district also helped lift his entire family to a better place. Now the Molinars give back to the community that welcomed them nearly 40 years ago.

Molinar family wants to give back

Lola is one of Frank’s sisters. She runs the high school cafeteria. Frank’s older brother, George, works as a custodian at the elementary school down the road.

Frank’s son, Mason, is in college now, but his daughter, Mollie, is a senior at Brewer. Frank’s wife, Tiffany, is a guidance counselor.

Oh, did we forget to tell you what Frank does? Frank Molinar grew up to be a superintendent. "I’m very blessed, but I’m not the superintendent at home,” Frank laughed.

And Frank will never forget what his mother said to him when he was hired as superintendent in 2012.

"She said, ‘Only in this great nation, the greatest nation on the face of this earth, can one generation scrub toilets, and the other be superintendent of the schools.'"

What a story it is.