Don’t blame us if this makes you cheat on your diet. 'Mexicue' might be worth the guilt. 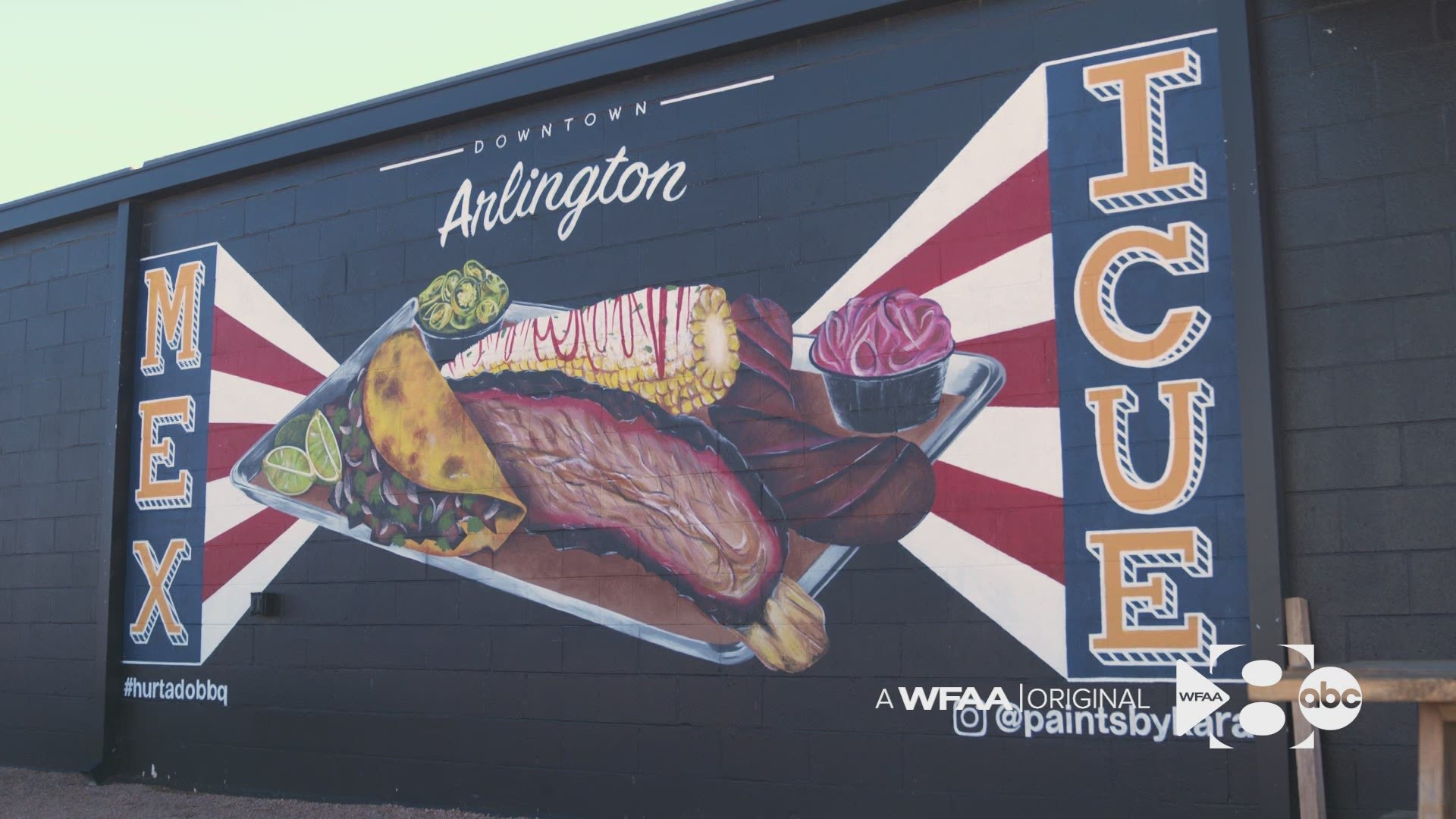 While mastering a tender, juicy brisket is the mark of any good Texas barbecue connoisseur, taking that mouthwatering brisket to creative new levels is the mark of a Mexicue pitmaster.

“Mexicue to me is the distinct combination of Texas barbecue and Tex-Mex,” said Brandon Hurtado, owner of Hurtado Barbecue in Arlington.

“I come from a Hispanic background. I grew up eating refried beans and tortillas every day. And, my dad loved to barbecue," Hurtado said. "So when I got older those two things seemed to really mesh for me.”

He began serving barbecue tacos at pop-up events at a local brewery in 2018.

Hurtado then graduated to a food truck in 2019.

He opened his freestanding restaurant in 2020, weeks before the COVID-19 pandemic forced him to shut down.

But a crisis led to some real creativity.

His barbacoa tostada landed him on a Texas Monthly best-of list in 2020, and it was born out of necessity.

“That was something we didn’t just come up with because we wanted to,” he said. “When COVID started there was a beef shortage, and we started coming up with new menu items to make the beef go a little bit further.”

Puffy tacos coming to the menu this week! pic.twitter.com/6V8CfKI13f

“People loved it and it stuck,” he said. “They were like, ‘Oh man, this is that good Mexican food I would have at my grandma’s house. This reminds me of my childhood.’”

Hurtado’s own childhood is a source of inspiration in the kitchen.

Photos on the walls of his restaurant show his father and grandfather barbecuing in their backyards.

His menu is an attempt to marry the Mexican and Texan flavors he grew up on.

“I want to show appreciation to the people who’ve cooked before us,” he said, "but also push the limits of what we can do.”

Family history is a common thread in Mexicue.

Credit: WFAA
A plate of tacos served at Vaqueros in Grapevine

Sanchez’s father had a barbecue restaurant in East Dallas more than three decades ago.

“Back in 1989 when he opened his restaurant, we started serving brisket tacos and no one bought them, because they just thought it was really weird for a barbecue place to sell tacos,” Sanchez said.

“It kind of caught on I guess.”

The barbecue taco phenomenon is especially strong on Instagram where pictures of food are always a trending topic.

Sanchez takes pride in how a dish is plated, but “it’s got to taste even better than it looks,” he said.

“Whether it’s traditional barbecue or traditional Mexican, we’re putting a little spin on both, while staying true to both those traditions,” he said.

Credit: WFAA
It's common to see customer taking pictures of their food to share on social media at local Mexicue joints.

Sanchez remembers seeing his grandmother and great-grandmother in the kitchen and he said many trips to tiny taquerias across Mexico influence what he has on his own menu.

His birria brisket tacos earned him a place on the same Texas Monthly list Hurtado made.

They share a passion for food, creativity, and excellence.

They talk about recipes as if they are a science.

“We braise our barbacoa in Big Red so it’s got this deep sweet flavor to it,” Hurtado said. “It contrasts the spiciness to the salsa verde. There’s a lot of flavor profiles and textures going on too, with the crispiness of the tostada shell.”

Surviving a pandemic and a winter storm

“And this year’s been crazy,” Hurtado said. “We found out the same day of our grand opening that we were going to have a baby. We were so excited. And then COVID hit.”

Hurtado and wife Hannah were left scrambling to try to keep a brand new restaurant afloat during an unprecedented shutdown.

RELATED: BBQ vs. Chili: What should be the State Food of Texas?

They were determined to pay their employees.

“January and February had been going so good,” he said. “We’d just filmed an episode of 'Man, Fire, Food' for The Cooking Channel. We had that momentum and the caterings were stacked up. I had catered a big event on a Sunday night and the next day, boom, everything changed.”

And as restaurants were allowed to reopen, customers came back.

RELATED: Only open since February, Hurtado Barbecue quickly earning a reputation as one of the best

But then a historic winter storm struck Texas, and Valentine’s Day 2021, which held so much promise for restaurant owners, and the week that followed were lost.

Hurtado said one of his top managers to ask not to be paid for the week of the storm. He wanted his salary to go to Hurtado’s hourly workers.

Somehow, both Vaqueros and Hurtado Barbecue have survived a year that tested all entrepreneurs.

“It’s not just about barbecue. It’s about bringing people together,” Hurtado said.

They dedicate countless hours to perfecting recipes, honing their skills, and growing their businesses.

Sanchez said he's never stopped to think about how many hours he works a week because he'd probably be scared to know.

But he treasures every minute of it.

“We put in a lot of love, a lot of heart, and a lot of soul,” Sanchez said.
"Everything on my menu is something I love to eat. I wouldn't cook it if I didn't love it."